A Note for PNM 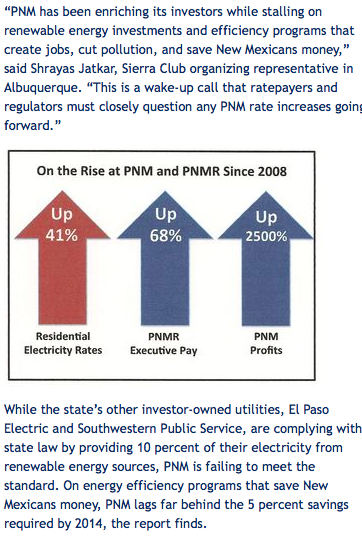 I kept my thermostat on 65 this March. They are charging me more than they did last March. I no longer know how to fight them. You can’t. I call and they treat me like dirt when I tell them something is wrong with my meter. All I know how to do is start exposing what they are doing. I’ll need to go plug my computer in, somewhere. This is wrong. It is insane. Before the new meter, my bills were half as much. I was told that the new meters are more efficient, and the old ones did not work as well. Yes, I guess I look that stupid. They can’t comprehend that maybe they have the problem. The customer is always wrong.  All that matters is their corporate profits.

Oh, and PNM says they will come test the new meter they install and make sure it is working properly. I have begged for this for at least 3 years. They absolutely REFUSE to do it. Instead, I’m wrong. I’m stupid. I don’t know what I’m doing. Next year they want their bills to go up another 41%. I figure we’re going to be living in the dark ages. I don’t know who can afford them, then. I sure can’t.

THIS IS THE EMAIL I SENT TO PNM:  You should note that in the state of New Mexico, there is no place to turn.  There is no recourse, no help, nor any sort of intellectual honesty.  I don’t know what to do, only I know that I’ve spent the past few years being cheated out of money I don’t have.  All PNM does is insult.

“…My Feb bill is double what my Jan & March bills were, yet the only change I made in March was to set my thermostat at 65 instead of 67. In Jan I kept it on 68. I want to know what is going on here. I can’t afford to pay my bill. PNM is robbing me blind.

I have begged for help for at least 2 years, dealing with a new meter, when my bills nearly doubled. If I don’t get some help, soon, I’m going to go to one of the television stations and get help through their consumer fraud. This is wrong. It is robbery. You are destroying me. I don’t have the money to pay this outrageous bill.

My power is due to be disconnected on Tuesday. I’ve been waiting for my most recent bill to compare prices and rates. I AM USING LESS POWER THAN I WAS LAST YEAR – yet am being charged more. Do you enjoy robbing people? It is useless talking to anyone on the phone. Your customer service people are rude, insulting, and treat me like I am some sort of a criminal. I no longer know how to fight PNM or beg to get a new meter.

My neighbor is paying half what I am. I am paying more than anyone around me, yet I am terribly careful. I don’t have a washer, dryer, do not use a hair dryer. I live alone, and am spartan with my use of lights. I GO COLD IN THE WINTER because your rates are so high. I know I won’t be able to even get through to you. I will, as usual be treated like I am a monster, stupid, and a criminal.

If we were in any other state besides New Mexico, where our leaders are so corrupt, I could get some help with this. Because I am just a little person with no where to turn, I am treated like a freak. I have absolutely no doubt no one will contact me. It isn’t the way PNM operates. Instead, you will treat me like dirt. That’s how I’ve been treated since this new meter was installed. It’s quite obvious why people are leaving New Mexico.

No one can afford to live here and deal with the abject corruption of those in positions of power. There is NO WAY i ran up a near $700 power bill last month. It did not happen. I kept my thermostat on the same setting as I did in Feb of 2014. And please, don’t insult my intelligence by saying the winter was colder. It was not.

I may just go take up a collection for candles so I can have some recourse when my power is disconnected on Tuesday. Of course since I won’t receive a reply within 3 business days, I guess you’d better tape you answer to my door – because it will be disconnected by then. Does PNM enjoy treating its customers like they are nothing but low-life and scum?…”

I live in a four level condo, my bedroom being the lowest level.  During the warmest part of the summer, it may reach 72 degrees.  During the coldest part of the winter, the temp averages about 58.  Because I have a heat pump, which is all I can use where I live, I stay cold.  It is so cold, and electricity is so expensive, I sleep during the day, when it is warmer.  PNM has destroyed me, with the new meter, and their insults.  I know how much electricity I am using. You can’t get through to them.  You can’t talk to them. All they do is insult, telling me how wrong I am.  I turn on very little power during the day.  At night:

I no longer know what to do.  With PNM, there are no options.  Rates ill be going up a year from now.  I won’t be able to afford it.  I don’t know how any one can.

Doesn’t anyone care about holding them responsible?  I know for a fact that my March 2015 thermostat is set on 65.  In 2014 I kept it on 67.  Look at the difference.  I know I am using less power.  I’ve even installed 2 of those energy saver light bulbs.   Something is wrong, and it isn’t me. 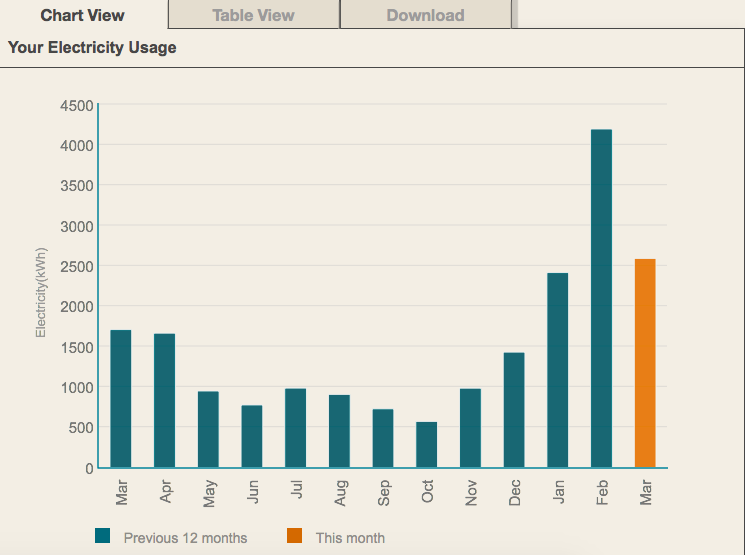 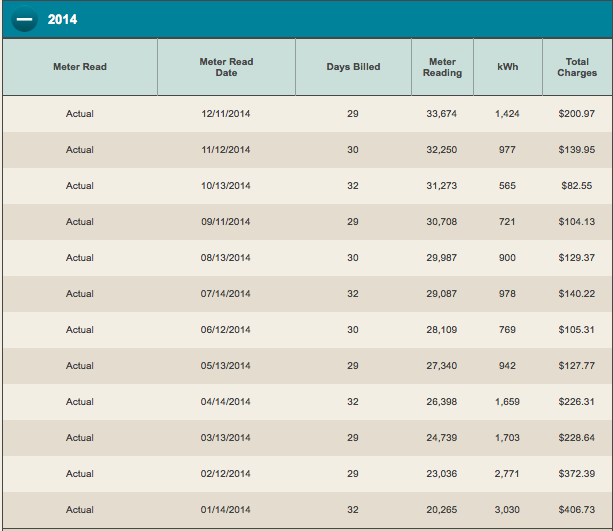 I can’t win.  My condo stays so cold my hands ache.  Getting a nice, warm shower is impossible.  I can’t turn up the heat.  I don’t know what to day.  All I know is they are cheating.  They are lying, and I don’t have a chance against them.   All I know is that I have been extremely careful this winter, and know for a FACT that I have used less power than I did last year.

It doesn’t really matter, does it?