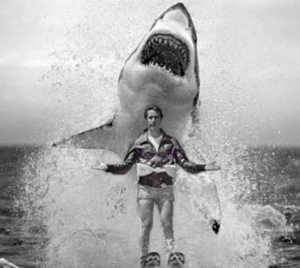 “…Bryan was at the Supreme Court during the Obamacare ruling, and said she felt extremely nervous around the pro-choice activists. “Although one of my friends has a broken leg, an abortion activist approached her and threatened to step on her broken foot and kick it,” Bryan said. “The activist told my friend that by injuring her he would show her how great Obamacare really was.”

“This is the difference between pro-life and pro-choice, Bryan told CMI. Pro-life is always willing to dialogue, but the left is prone to vicious and violent attacks. This is their strategy,” she said.

Days after the attack on the Masons, 69-year-old Personhood volunteer Everett Stadig was brutally attacked while collecting petition signatures outside a grocery store. The pro-choice offender repeatedly cursed and yelled at Stadig before throwing him to the ground, fracturing the elderly man’s hip.

Once again, the media shunned coverage of the attack on Stadig.

Violence against the elderly and disabled is becoming a regular pro-choice tactic. On June 30 pro-choicers shoved and injured disabled veteran, Steve Kinn. The attack on Kinn also went unnoticed by the media….”

Have you ever heard of Harlan Drake?  An pro-abortion activist, on September 11, 2009, he murdered James Pouillon and businessman Michael Fuoss because they were pro-choice activists.   Eric Paul Henry murdered Anne Gordon because, as a minister, she refused to fund an abortion.  What shocked me is the fact that there is a documented history of harassment and violence against those who are pro-choice, but it is never reported.   There is also a possibility of a connection between people trying to run down Operation Rescue protesters.  (While I highly disapprove of Operation Rescue and think they are basically scum, I find it rather interesting that no one bothers mentioning the crimes of harassment committed against them.)

“...For years, abortion providers have been targeted on a spectrum of aggressiveness. The National Abortion Federation reports more than 176,000 instances of picketing at clinics (and nearly 34,000 arrests) since 1977. It has documented more than 16,000 reported cases of hate mail or harassing phone calls, over 1,500 acts of vandalism and 400 death threats. There have been more than 200 bombings and arson attacks at facilities that offer abortion services, the organization reports….”

These are the names of individuals who have been murdered via anti-abortion psychopaths.  According to the DOJ, the vast majority of violent incidents, after 1982,  have been conducted in conjunction with the terrorist group, Army of God.  Contrary to the hyperbole from the  left, in 2015, there were four instances of arson before the Colorado Springs shooting.  Over the years there have been several shootings.  There are also pro-choice terrorists who routinely threaten pro-life activists.  Some even end up in prison. Then there are the pro-choice activists and abortion physicians who torch and trash their own facilities.

In the United States, currently 70% of the population identifies as Christian.

There are around 240,000,000 million Christians in the  US.  I cannot find an exact number.  This is an approximation.   Approximately 5,000,000 people in the US practice Islam.    We are told that Islam is a religion of peace.  We are also told, by progressives, that far right ‘Christian’ terrorists are far more violent than Islamic terrorists.

It is rather interesting how the press treats these incidents.  Islamic terrorists are not indicative of an entire religion, just people seriously disturbed.  Anyone who threatens or says anything against abortion is a potential Christian terrorists.