Another Fine Lie the Far Right Has Told… 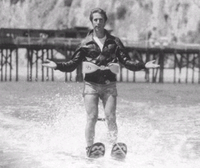 What happened to shame,  honor and trying to be factually honest?  It has reached the point where not only does The Pink Flamingo NOT believe anything that comes out of a liberal’s mouth, but I give conservatives the same amount of respect:  Zip, Nada, Zilch, None!

No more.  I’m beginning to give them less respect than I do the liberals.  The GOP is now the party of Michele Bachmann and her McCarthy witch hunt and lies.  It is the party of Eric Cantor allegedly selling committee chairmanships for donations to his PAC.  It is the party of ‘I’m with Stupid’.  How can you explain the latest idiocy from Rand Paul, that the right to privacy predates the Constitution and comes from God?  I gather we don’t worship the same God.

The other day The Pink Flamingo was discussing how nasty and vicious the operatives of the far right have become.  In a way, they are worse than the left. I know one Republican who has been offered security because they dared speak out against a very popular Tea Party member of Congress.

I’ve reached the point where I swear the reason some of the idiots on the right are so bad is because they are so ignorant and ill educated.  Let’s face it, they’re turning their back on enlightenment, and figuring how to dumb down the nation by only using “official conservative approved facts and figures.

Want proof of how insanely stupid these people are?

“…During a segment on Fox & Friends, co-host Brian Kilmeade asked comedian Steven Crowder to compare Chick-fil-A customers to “violent confrontations at Occupy demonstrations.” “Conservatives and leftists protest in different ways,” Crowder explained. “Conservatives, when they want their voices to be heard, they decide to effect real political change by making their voices heard through voting with their dollars.”

He continued: “Liberals decide to commit felonies and harass and assault and maim and rape their fellow occupiers in tents while tipping over police cars. So, there is a little bit of a contrast.”

…“You know what I would do if the owner of Pizza Hut started publicly burning Bibles?” Crowder asked. “I wouldn’t eat at Pizza Hut. … Because I’m not a Marxist idiot. I believe that people have the right to free speech.”…”

This takes us to the lies told about Obama Care and the right’s just plain STUPIDITY to even consider or acknowledge that we are in this mess because of Mitt Romney.  Has the GOP lost what few brains they have remaining?  If Mitt Romney helped create this mess when he was governor in Mass. how on earth do you think he can solve the mess by being elected POTUS?

It defies all logic and reason, but Barack Obama is evil and must be destroyed.  What if we’re being told great big lies about Obamacare.

“…Romney says “Obamacare puts the federal government between you and your doctor.” False. Obamacare removes the insurance companies from their position between you and your doctor. Remember, under Obamacare, insurance companies can no longer end your health coverage if you become ill or deny you coverage because of a pre-existing condition. And insurance companies will have to spend 80 percent of the money they take in on health care – not on administrative costs or CEO salaries – and refund the money to their customers if they don’t meet the target. Before the end of the summer, 12.8 million Americans will receive rebates because their insurance company spent too much of their premium dollars on administrative costs or CEO bonuses.

Fair debate about the new law is one thing. Making up lies about it is quite another. Gov. Romney and his allies have every right to propose alternatives to Obamacare that will solve the serious problems in our current health care system

What is especially hypocritical is that these are the same reforms that Gov. Romney obtained for his state-and strongly supported-when he was Governor of Massachusetts.

As to the so-called individual mandate which conservatives complain about so loudly, purchasing insurance is NOT just a matter of individual choice.  It affects all taxpayers; it affects the cost of health care; it affects our whole economy. I would remind them that we taxpayers already pay billions of dollars a year in higher taxes and health care costs in order to cover the cost of care for those who have no insurance.  Having as many people as possible with health insurance makes the whole system fairer and saves taxpayers billions of dollars.  The conservative Heritage Foundation thought this was a good idea when it first proposed it. So do I….”

The problem for The Pink Flamingo is that I detest people who lie.  Mitt Romney is nothing but the worst political liar since LBJ, and that says a heck of a lot. I don’t trust anything that comes out of his mouth, or anyone who is supporting him.  The Koch backed libertarians are even worse.  When you get both groups together, it’s disgusting.

Fool me once, shame on you.  Fool me twice, shame on me.  I don’t believe the left, and I no longer believe the right. What’s even worse is when good people have been so brainwashed by their own hatred of Obama and the lies told by the right (to, I swear, propagate the talk show industry) they no longer know the difference between right and wrong.

I had an email from a friend, who is terribly upset with me because I told her that I’m voting for Gary Johnson and my mother is planning to vote for Obama.  How can we do that, she pleaded.  We’re giving in to the forces of evil and of Satan, who is backing Obama.  Bullsh^t.  When good people are no longer capable of distinguishing between far right talking points and factual accuracy, our nation is in deep you know what.

It is simply one lie after another.  From Democrats for Sale.  It expresses the outrage The Pink Flamingo is feeling over the duplicity from the conservatives in the House.

“...Yet these same people are wondering why like longtime Republicans like me have had it.  Look no further then the topic ‘Legislation Passed by House Conservatives’ not Republicans but Conservatives.  No wonder members of the Republican Party who are not arch conservatives are leaving Congress.  They are not wanted as part of the Cantor/Bachmann Tea Party Conservative conference.  America needs to wake up and realize going too far left or right is not good for the Country.  Actually my rights as a woman are being abused more by the Conservatives in the House then by the Democrats.

Noted in this letter that the ‘Conservative’ Conference failed to mention the Keystone Pipeline for the southern part which was approved by Obama.  I would like to see the magic hat they pulled the info for Obamacare from as well as now seeing the Defense Department is down to $500B not $1 trillion to be cut.  I bet a lot of us could find $50B to cut out of the defense budget for ten years running with little trouble.  They also neglected to say they want tax cuts extended for the wealthy.  I could go on but you get the point — House Republicans used taxpayer dollars to send out what is essentially a campaign form letter.  The USPS could have used the money.

The ethics and integrity of Republicans has been replaced by hatred of this President where it has become more important to stall bills that would help Americans find jobs in order to make President Obama look bad on the economy then it is to work for all their constituents.  This hatred of the President in the House has made them refuse to work across the aisle for the good of all Americans.

What is going on in the House, should be a national scandal.  Unfortunately, because the right basically controls the media, we’re only hearing how evil and Satanic Obama is.  (He was born in Kenya, BTW?).  Tea Party “Republicans” jumped the shark  ages ago.

We’re now stuck with the like of Michele Bachmann, who appears to be a shoo-in for re-election this year.  Fortunately, Eric Cantor is down about 14 points in his House race.  Wisconsin is so crooked that that lying little twit, Paul Ryan (who doesn’t have the courage to stand by his original fandom of Ayn Rand) will be re-elected.

The only way we’re ever going to be able to salvage the GOP is to see Mittens go down in flames.  Not to worry, his handlers, the Koch Brothers and Sheldon Adelson will find someone else to buy.  If what The Pink Flamingo is hearing is true, it’s going to be a blood-bath in November.

I wonder if Nancy Pelosi needs to measure for drapes, or does she simply recycle the old ones she had when she was speaker?

It’s going to be that bad.