“…”My flight is not a secret. Before I took off, I sent an Email to info(at)barackobama.com. The letter is intended …Read the Rest

It was about 2:15 PM on a very windy, very chilly Wednesday afternoon when four brave men began what we …Read the Rest

David Brooks’ View of the Wild West Is (well) Stupid

David Brooks had a recent article about the decline of the male.  It makes no sense at all.  Rather than …Read the Rest

I am a kindergarten drop-out. Lately, The Pink Flamingo has been getting question about who I am.  You can find …Read the Rest

Have you ever had a discussion with a conservative, trying to introduce facts into a conversation, facts that they don’t …Read the Rest

The Pink Flamingo is seven years old today!  Seven years ago next Wednesday I fell and just ruined my right …Read the Rest

“As God As My Witness, I Thought Turkeys Could Fly”

It doesn’t matter how you spin it, Mitt Romney is in bad shape.  He may have come up 1, count …Read the Rest

Do you want to know what a person with Native American ancestry looks like? Exhibit One:  Elvis Aaron Presley. Exhibit …Read the Rest

William Jacobson, who is one of the more creditable bloggers this time around, has completely jumped the shark with his …Read the Rest

The Myth of Guns and the Libertarian Wild West

Ordinance No.9: “To Provide against Carrying of Deadly Weapons” (effective April 19, 1881). Section 1. “It is hereby declared to …Read the Rest

Something Dirty This Way Comes

There is no way in Hades that Ron Paul is ahead in Iowa.  On Thursday night, in the FOX Debate …Read the Rest

Wyatt Earp was a Christian.  He was a good-guy.  He was a life-long Republican.  He was/is one of the most …Read the Rest

…it really did exist! If the history of Wyatt Earp and the Gunfight at the OK Corral were to be …Read the Rest

In Defense of Politicians Dealing with “Climate Change”

On Sunday afternoon it dawned on The Pink Flamingo that we are taking the whole issue of climate change and politicians in the wrong direction. Lindsey is being hammered for a piece he co-authored with John Kerry for the NYTimes. Even I cringed – because I knew he would be hammered for it.

Suddenly, like the light flashing down from an alien craft about to abduct some drunken deer hunter (note that there is no intentional insult to deer hunters implied) The Pink Flamingo had an epiphany.

GARBAGE IN GARBAGE OUT

Remember that old computer term – garbage in garbage out?

The only reason The Pink Flamingo has a different take on things is because of an essay the late great, Stephen Jay Gould penned for his monthly column in the Natural History magazine. Aside from filling The Pink Flamingo with a life-time desire to be a writer of essays, this article tweaked my fancy. I was going into high school, volunteering doing the candy stripe thing at our local hospital. I remember reading the article after my father picked me up at the hospital there in Seneca. The mail was on the back seat, where I was consigned as he and my grandfather drove home. 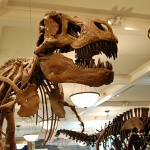 I read the Gould essay on the drive to Fair Play, fascinated. My current love of all things dinosaur is nothing new. I’ve been fascinated since I was a little kid and saw that now legendary T-Rex fossil in the Natural History Museum in NYC. While it might take a calculator to figure out how many scientists have been inspired by that same critter, including the great Gould himself, The Pink Flamingo never went beyond fascination when it came to dinosaurs. But – it did give me a reason to read geology, paleontology, and delve into archeology as a high school student.

The specic Gould essay, which I can no longer find, was about the fact that the planet was due for another round of what he felt might be a cycle of ice ages. 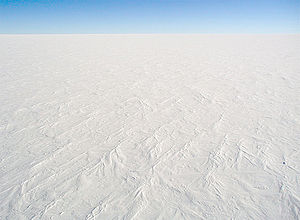 I read everything I could on the subject, only to decide upon a life-long fascination with Post-Roman Britain instead of science. 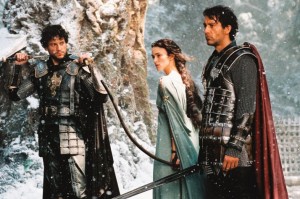 It seems like the alleged time frame of La Morte de Arthur and the alleged fall of the Roman Empire all occurred around 475AD – 550AD. No one in their right mind would even put the idea of the death of Arthur, fall of Rome, and an ice age together. BUT – they all happened around the same time.

Seems like David Keys also put 2 + 2 together to come up with an ice age. Publisher’s Weekly reviewed the book:

“…In Keys’s startling thesis, a global climatic catastrophe in A.D. 535-536-a massive volcanic eruption sundering Java from Sumatra-was the decisive factor that transformed the ancient world into the medieval, or as Keys prefers to call it, the “proto-modern” era. Ancient chroniclers record a disaster in that year that blotted out the sun for months, causing famine, droughts, floods, storms and bubonic plague. Keys, archeology correspondent for the London Independent, uses tree-ring samples, analysis of lake deposits and ice cores, as well as contemporaneous documents to bolster his highly speculative thesis. In his scenario, the ensuing disasters precipitated the disintegration of the Roman Empire, beset by Slav, Mongol and Persian invaders propelled from their disrupted homelands. The sixth-century collapse of Arabian civilization under pressure from floods and crop failure created an apocalyptic atmosphere that set the stage for Islam’s emergence. In Mexico, Keys claims, the cataclysm triggered the collapse of a Mesoamerican empire; in Anatolia, it helped the Turks establish what eventually became the Ottoman Empire; while in China, the ensuing half-century of political and social chaos led to a reunified nation. Huge claims call for big proof, yet Keys reassembles history to fit his thesis, relentlessly overworking its explanatory power in a manner reminiscent of Velikovsky’s theory that a comet collided with the earth in 1500 B.C. Readers anxious about future cataclysms will take note of Keys’s roundup of trouble spots that could conceivably wreak planetary havoc….”

Would you believe the global temperature during the height of the Roman Republic and Empire ranged something like 4 degrees warmer than it is now? 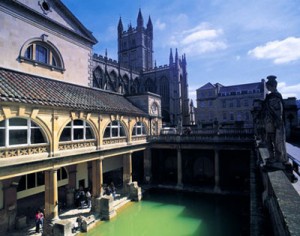 Civilizations flourish during a time of global warming and had a tendency to either fall or wax inward during periods of cooling.

Please expain the importance of the word “Greenland”.

Now, the following completely esoteric lines of study are something no “normal” person who has a “real” life would even bother thinking about, let alone own dozens of books about the above.

The Pink Flamingo has been interested in astronomy and space even longer than dinosaurs.

Add a fascination with geology, history, King Arthur, Ancient America fringe archaeology, and a half-way decent working knowledge of science and you have a walking rebuttal to the current infant “science” of climatology. (it is a joke) 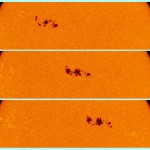 We are dealing with a rather fascinating solar minimum. For some strange reason, the utter lack of sunspots indicates a cooling surface on the sun. Anyone who knows anything know the cooler the sun, the cooler the earth.

Know anything about the relationship between very messy volcanic explosions and global cooling?

The Pink Flamingo subscribes to the theory of history that someone must delve, not only into the usual historical tools, papers, archives, etc, but must also integrate misc. sciences be them social, earth, biological, archaeology, or political in order to write history.

The Pink Flamingo went on line at the old site on October 4, 2005. There is no way I will even copy the first post it was so pathetic, not that it isn’t still pathetic. During those four years the world has changed.

When The Pink Flamingo began blogging my main promise was to support the Republican Party and be as honest as I possibly could. This has not changed. Conservatives have changed. There is a tendency online for conservatives to be more irrational and more extreme. I’ve seen that Libertarian Party infusion I’ve been fearing step in and attempt to hijack the party. Thanks to those same Losertarians good, decent Republicans are now damning George W. Bush and worshiping a seriously disturbed Libertarian demigod who knows when to turn on the tears.

Today I am far more pessimistic than I was four years ago. This pessimisim is not about Barack Obama, who is on the way to becoming comic relief. The pessimism I see is the constant attack on good Republicans by Libertarians who have no shame, no honor, and no decency. Lying about their conservative leanings, these anti-war, conspiracy believing, nuts are marching lock-step with their fearless leaders like Ron Paul and a few others, taking our country over a cliff.

A Rant About Liberals

(The following is copyright 2009 by SJ Reidhead and may not be copied or duplicated in any way.  To use …Read the Rest

The Great Christmas Book Give Away!

FREE FREE FREE (?) CAUTION:  Shamless plugging commences: I am going to be giving away 25 copies of my books.  …Read the Rest

THE ROAD TO GUADELOUPE CANYON

THE ROAD TO GUADELOUPE CANYON FROM:  A CHURCH FOR HELLDORADOP. 13, 1449The Gunfight at the OK Corral occurred on October …Read the Rest

Part III – Back to Cochise County

Last weekend some serious charges were leveled at The Pink Flamingo, questioning methods and sources.  Several days ago Harold Hutchinson …Read the Rest