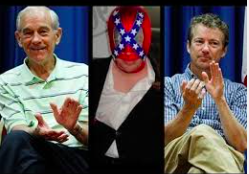 Over the weekend, I made the mistake of daring to stand up for the South, and call a bunch of far right liberals what they are, bigoted racists.  I was accused of having no sympathy for the families in Charleston.  This is my response:

It isn’t that I don’t have sympathy. I’m just tapped out of any emotion other than survival. My father’s birthday and Father’s Day are about a week apart. After dealing with 5 years of Alzheimer’s, I don’t have much left to give. All I can do is hurt for the families.

I’ve also spent several years working on a series of murder mysteries. Due to coping with the AD, I’ve been writing compulsively, and have a very annoyed agent. About a year ago, I finished book #4, which deals with a scenario which is similar, only the young man in my story was peeping girls, and murdering those who were racially pure, but weren’t ‘pure’. I did a lot of research on the topic, of parenting, racism, psychopaths, sociopaths, and what drives a person to kill. There are different reason.

What everyone appears to be so pissed with me about is the fact that I am expressing an alternative view of why Root killed. I think he is probably a low-functioning psychopath. The average person who kills, and it is not a truly spontaneous crime of passion or situation is a psychopath. Most people in prison are psychopaths. Almost every person on death row or doing life has been diagnosed as a psychopath.

Being a psychopath does not cause a person to kill. A high-functioning psychopath must live life on the edge, need stress, a hint of ‘danger’, and can be the life of the party. The most common career choice is broker, banker, teacher, surgeon, and minister. They will also eventually fall apart, and crate havoc with their jobs and the lives around them. Something like 1% of the population has a degree of psychopathy.

Being a racist is not a license to kill. Contrary to the hype we’re hearing, racists rarely kill. Once again, that 10% will have a problem. When a psychopath is low-functioning, socially inept, a loner, poorly educated, and a substance abuser, they will most likely do something criminal and end up in prison. When you add an abusive home life, it is almost given something bad is going to happen. This is straight out of the dozen or so books I’ve read on the subject – only the Cliff Note’s version.

With Root, racism was the reason he killed. It was also the catalyst and the excuse. Even if he weren’t a racist, he would probably have done what he did, only in a different setting. The racism gave him a reason to dehumanize his victims. If you’ve read anything about his father, the man is an abusive horror. His 2nd wife left him because of documented abuse. He was also ‘patriotic’. Interestingly, if you look at the photos of his home, the signs he had on his barn, the flags flying, and read what Root said, about hating the American flag, then you have something of a key to his truly disturbed mind.  The family also was/in total denial that he is/was a seriously disturbed individual who fit all the criteria for being dangerous.

No, I don’t have sympathy for him. I have sympathy for the step-mother as a battered woman. I was talking to one of my priests the other day, about people who have been abused. She was telling me that, quite often, the children of an abusive father, if they do not get help, will become just as or even more abusive. He was in all likelihood, doomed from the moment he was born. The only way we can prevent things like this from happening again is to understand what makes a person do what they did.

Where I differ from many people is that statistics alone prove very few racists are actually murderers or terrorists. They are people with a disgusting and abhorrent view of life. The ones you must truly fear are that 1% and then the subset of that number, the statistical number of individuals who are psychopaths and will do anything, because they don’t care.

The best way to prove this is via Stormfront, which is for all intents and purposes the bottom feeding scum of the movement. They are, for all intents and purposes neo-Nazis. There are a couple thousand registered ‘members’, the numbers have gone down the past few years. I’m going to say 4,000, which I think might be close. I may be underestimating. There have been approximately 100 murders traced back to forum members these past few years. Remember, you can’t be emotional, but cold-blooded when you look at these numbers. They are the worst of the worst. There are other groups, many directly linked to neo-Nazi organizations. Once again, there is a tendency to violence because, let’s face it, a normal person is not going to be attracted to their agenda.

It probably won’t surprise you that Sheriff Joe is closely aligned with some very nasty neo-Nazis in the Phoenix area. Their pseudo-Republican poster child, J. T. Ready, ended up slaughtering his entire family. Russell Pierce became the GOP President of the Arizona Senate before he was finally recalled. I have photos of he, Sheriff Joe, Ready, and people dressed up like goose-steppers. Most of them don’t kill any one. They are incompetent, poorly functioning individuals who have a hard time holding on to a job because they are such bust heads. Then there are the behind the scenes power-brokers who finance their little endeavors. Stormfront’s founder, Don Black was a big-time donor to Ron Paul’s numerous presidential campaigns. Paul never denounced him nor returned the money.

In South Carolina, the front person was the ‘Southern Avenger’, Jack Hunter. He co-authored books with both Ron Paul and little Rand. He was a member of Rand’s Senate staff. He was also highly placed in Ron Paul’s POTUS campaign. I suspect he’s still behind the scenes with Rand, but can’t prove it. He hates Lindsey Graham with a passion. So does Kyle Rogers, who is one of the people behind Root’s manifesto. Rogers is highly placed in the Council of Conservative Citizens. One of their main goals in life is to destroy Lindsey, who is one of the only Republicans – period – who has dared call them out for who and what they are. They are still pissed with him because, in 2008, he referred to them as racists and bigots.

Hunter has claimed a ‘come to Jesus’ moment about racism, but I will be willing to bet it has more to do with Rand Paul than any actual conversion.  He’s still a libertarian.

Former GOP Congressman Tom Tancredo is tight with the CofCC. So is Pat Buchanan. There is a merging of the forces of the dark side of the force with Phyllis Schlafly, Larry Pratt, Gary North, and a few other ‘Christian Conservatives’ who come into the movement via their worship of R. J. Rushdoony, who is the father of the heretical far right religion embraced and improved upon by Bill Gothard and the Duggar family.

Gary North, Rushdoony’s father-in-law is the one who wrote the book on stoning, and executions. The worst of the anti-gay hate comes in from Rushdoony. He also thinks that democracy is heresy. Anyone who is a practitioner of democracy will eventually either be required to denounce it or be executed. North is also the political brains behind Ron Paul.

The eugenics come in from the anti-immigration side of things, and John Tanton. He is also a white supremacist who is extremely liberal, and is one of the most rabid environmentalists there is. He’s also one of the deep pocket finances and enablers Planned Parenthood. Oh, yes, it’s a tangle web. Tanton is tight with Buchanan, Pratt, and his idealist pedigree goes directly back to Nazi Germany.

The front groups for Tanton and his bunch are the CofCC, Stormfront, American Renaissance, Vdare, and they blend in with Fair and Numbers USA. One of their front people is Michelle Malkin. Rank and file Republicans find this bunch distasteful. With the exception of Lindsey and a few others, they are also terrified of them, as a lobby force. Tanton has figured out a way to game the machine to make it look like they have more members than they actually do. He hates Hispanics, considering them inferior. He also hates blacks. So did Rushdoony, who also hated Jews.

On the libertarian side, we have the Koch money. You know where all of that goes – to just about everyone in DC. While they are not publicly tight with Tanton and Gothard, they are still connected. Together, they control the money, religion, and hate. There are very few Republican politicians who are even willing to admit what is going on. Most don’t want to know, rather like don’t ask, don’t tell.

We have a mess in this country. People like Root are the unwitting pawns. Anyone who has followed the growth of their movement has known what he did was going to eventually happen. I’m not even shocked, just sickened. Unfortunately, if we do not coldly face what is going on, and figure out how to stop it, it will happen again repeatedly. I wish it were a novel, but it isn’t.

That’s my long answer about Root. He is the perfect storm. The problem is there are others like him, even now being groomed and manipulated to do what he did. Emotion doesn’t stop them. Cold-blooded analysis might. There’s one other nasty little factor there in SC. There are a couple of racist hate-groups, designated by the SPLC, who are black. Between the two sides, we’re dealing with a powder-keg. There are other factors, too, which are even more terrifying.

Yes, I’m very unemotional about this. I’ve been researching and writing about these people for nearly 10 years. I’ve lived with the harassment and the death threats. They are very bad people. The real problem is there are quite a few highly-placed liberals who are also involved in the movement. You might want to start asking why the US is supplying arms and money to train neo-Nazis in the Ukraine. Why are journalists being murdered over there, and just how many people have really died. Why did the Obama Administration participate in a fascist backed coup of a sovereign nation? You might also want to look into the human rights violations and ethnic cleansing the Ukrainians are doing to ethnic Russians. Oh, and why is our state department lying about the plane which was shot down, in the Ukraine.