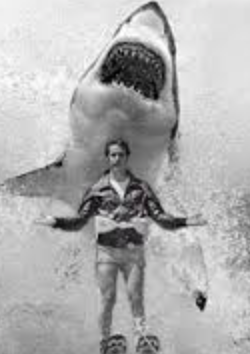 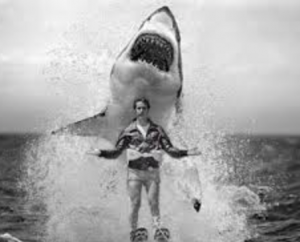 On Thursday I received quite a complement from a liberal I respect. He mentioned that I was careful about my sources.  I am.  Anyone who even claims to be a writer is only as good as their sources and the documentation thereof.   As a historian, if I am not careful with what I write on my blog, it will respect poorly on my real world writing.  I can’t allow that.  My ranting and raving about Planned Parenthood is a prime example.

Of all the organizations out there, I think the one I detest the most is PP.  And, no, it isn’t about abortion. It is about their money-grubbing, intellectually dishonest approach to women’s health.  I’m disgusted with myself for, several years ago, falling for the prevarication that they provided women’s health screen and breast cancer screening.  Basically, they don’t.  They grope, and then send someone to get a mammogram.  Contrary to what they lead people to believe, they do not provide mammograms. The money they are scamming out of good people could be put to use, providing for hundreds of small, rural health clinics with full time nurses and nurse practitioners.

The scam is continued by their constant interaction with an upper echelon of liberal women, all convinced if PP is defunded, women will no longer have access to birth control or abortions.  The bitter irony is if PP were defunded, more women would have access to birth control and abortions – there would be more money available from more reliable sources where a fortune is not wasted on social status and parties.

There are certain sources within the conservative world which I won’t touch.  On Thursday, one such source began circulating in locations which should know better.  But, I gather they’re managing to once again cover their tracks and start appealing to a new generation of conservatives who just don’t know who they are.   I’m talking about American Renaissance.  They are affiliated with the Council of Conservative Citizens and Stormfront. Same thing holds true with Michelle Malkin.  She has some very tawdry associates.

That’s the real problem here.  Any conservative, no matter how innocent, who links to anything they do is, for the most part, unwittingly aligning themselves with some very nasty white supremacists.  And, contrary to popular opinion, they were not active last year and were NOT active in the Trump campaign. But, just by providing some ‘useful’ information, they are now in a position to ruin the reputations of some good writers who are not white supremacists.  Thanks to the Obama Administration and their manipulative abuse of ‘racism’, any hint of racism is enough to ruin not only the person who innocently stumbled into something and is no more racist than an amoeba, can be ruined.

One of the most tragic examples of hysteria is the SPLC.  Three years ago they were one of the best sources around for dealing with white supremacists, neo-Nazis, and other tawdry creatures.  Somewhere along the line they jumped the shark, and began going after people who are no racist.  Their material can no longer be trusted, simply because they are now dealing with an agenda.

Anyone who has a background in politics knows you don’t pay attention to the rancor displayed by one politician to another.  It’s a job.  At the end of the day they pack up, head out for drinks, and pal around with one another.  It isn’t personal.  It is political.  There is and should be a difference.  Years ago, when my father did his one and only lobbying trip to DC, he and several others were invited to have lunch with Strom Thurmond in the Senate Dining Room.  They sat at the same table with Ted Kennedy and George McGovern, introduced to them as close friends, by the Thurmond.  My father couldn’t get over what a nice guy George McGovern was.  They hit it off, both of them being from Minnesota.

This is the way it should be.  The real problem are those who are new to politics, or those who refuse to understand how things work.  Hacks are paid, by both sides, to write and create inflammatory material to keep the fringes of the base happy. The fringes will donate time and money.  They can also be very well manipulated activists.  The advantage of working with the politically naive is they have a tendency to believe everything given to them by ‘trusted’ sources.  I know people who fall for everything.  If a person is not a cynic, they should stay the hell out of politics.  If you are going to participate in something, it is smart to know who is sponsoring it.   The bottom line is nothing is pure in politics, and it is about following the money.

During the Obama years, just about anything labeled ‘conservative’ or ‘libertarian’ was code for the Brothers’ Koch and their attempt to literally take over the country.  One reason I worked so diligently for Donald Trump is to destroy their power base.  He has.  Today, if it is ‘progressive’ it is basically owned by George Soros. These are just the dirty facts when you play big-league politics.  The object of the game is to know who is who and not to be manipulated.

Some of the nastiest people I’ve ever met in politics have been conservative.  On a whole, Randian libertarians are not to be trusted.  I have no tolerance for Mitt Romney or those who still associate with him.  He has his own agenda.  Right now Democrats are playing a number’s game and trying to appeal to their base.  Statistics alone state that they will make tremendous gains in 2016.  And, it is no reflection against Trump, it is simply statistics.  They are playing to that base to milk it for all it’s worth.  The GOP knows they need to hang in there and lose as few seats in the House as possible.  The numbers game in the Senate favors the GOP.

We are dealing with millions of new people who are now involved in the political process. Someone needs to explain the facts of life to them.  I’ve just about given up, especially with a few liberal friends.  I do think conservatives are more cynical than liberals.  Maybe that’s the difference.