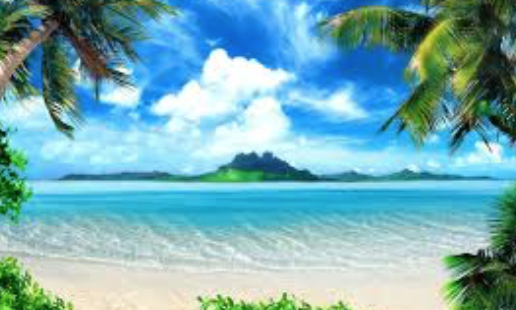 For years I’ve been saying if there is a nasty neo-Nazi attack in this country, it is going to come out of the Mid-West, primarily via Indiana or Ohio.  Pittsburgh is less than thirty miles from the state line with Ohio.  The problem is the left assumes that racists, white supremacists, and Nazis come from the South.  They were told that by the Obama Administration.  Unfortunately, I don’t think liberals gasp the concept that, in order for someone to be enveloped into a hate-filled counterculture like the Pittsburgh monster, one must be a whole order of fries short of a happy meal.

No NORMAL, rational, or psychologically sound individual is going to make a bomb, shoot up a school or a church.  They aren’t going to slaughter dozens of people at a concert.  Neither are they going to plow into a group of people on a street, nor fly a plane into a building.  These are not the acts of rational individuals.  They are the acts of men and women so blinded by hate they cannot conceptualize right from wrong.

It is not rational.

Neither is the way people are acting about politics.  Conservatives have been known to be nasty. But, the way Democrats are acting is not normal.  It is not rational.  It is the behavior of the brainwashed.  It is the behavior of men and women who have abdicated their God-given responsibility to make decisions based on the utilization of information gleaned from numerous sources, including those you don’t like.  A wise person has the ability to comprehend the fact that you may not know everything and might be misinformed.

Then again, hate is not rational or logical.  The problem with hate is the monsters who shot up a night club, set off bombs during a marathon, murdered children in a school, or slaughtered the innocents in a church may have been normal, just like you and I, once upon a time.  But, they began hating.  Their hate became so irrational they began to believe the irrational.

That’s the problem with all of this rhetoric. Politicians are playing to an audience and destroying lives. For people who are normal and rational we use it, almost as a game. But, there are people who are an order of fries short of a happy meal. They are okay, but when they become so enveloped with hate, they are no longer rational. They do bad things.

Maybe the question should be – Do we have a responsibility not to allow things to get out of hand, in order not to inflame those who are not rational?

There are people who don’t. There are always going to be people out there who do monstrous things. The worst part is what happened in Pittsburgh was probably not prompted by political rhetoric, rather someone who has been indoctrinated into an agenda of hate. What prevents your run of the mill, average neo-Nazi from shooting up a house of worship, and what prompts a deranged neo-Nazi from doing just that?

There are maybe a couple thousand of the ilk here in the US. They are not out there killing people. They like to kill one another, but they are mostly cowardly losers who are absolutely nothings in life. They find a niche and can be ‘important’.

It is tragic. But, they don’t all go out killing people.

What prompts one to do that?

Not all white supremacists go around killing people, nor even doing much more than making life miserable for themselves and others.  The same thing holds true with Black Lives Matter. Unlike white supremacists, most are well-meaning, but what happens when they cross the line?  Look at Antifa?  They have crossed the line.  What causes a person to adopt an agenda and what prompts one to kill for it.  Why did decent Christian men and women allow themselves to be caught into a sentiment that allowed them to kill?  Why did the average people in France cheer and make a general holiday out of watching the aristocracy being slaughtered?

Why should we even be responsible for the insanity of others?  If I do something that prompts a man or woman to go out and do something monstrous, something criminal, how guilty am I?

What about groups, organizations, individuals, politicians who end up encouraging violence with rhetoric or even paying cash for it?  When do we get the opportunity to note they have crossed the line from rhetoric into promoting violence?