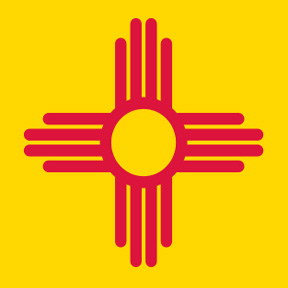 New Mexico’s top political blogger, Joe Monahan described Susana Martinez’ State of the State Speech as being like “…spraying a can of Lysol on a pig pile of manure…”  Like Monahan pointed out, she ignored the fact that people are leaving the state like rats leaving a sinking ship. There are staggering job losses, with nothing in sight as far as the recruitment of industry.  The state ranks worst in child well-being, with a governor who apparently doesn’t give a damn about filling over 100 vacancies in the state’s woefully inadequate child protective services agency.  What the heck, so what if children are dying.  They don’t vote who why should she care?  When one realizes what her agenda is, I think the reports of the Koch Machine pulling out of the state are greatly exaggerated. She’s bought and paid for by ALEC, with an agenda that is pure ALEC.

An ALEC agenda makes the state, even worse if you are trying to survive. Right now, it is very difficult to survive in this state.  Where I live, it is becoming more and more impossible.  Matters are worse in some pockets of the state.  There is no opportunity.  When opportunity dies, so do hopes and dreams.  Here in Lincoln County, the way the water crises is being handled is basically destroying lives and dreams – unless you are ultra wealthy.  Oh, don’t worry, golf courses are regularly watered.

That’s the problem here, any opportunity, any chance that we the little people have to create something worthwhile, has been destroyed.  Since the first of the year, I’ve been trying to set things up to open a small business.  Why would I want to pay $1200 a month for a building that if falling apart, has no heat or air, and needs to be fixed-up before I could even occupy it?  Why would I want to deal with someone who keeps changing the terms of a rental?

Water is a problem.  Electricity here, is so expensive it is obscene. Businesses here are closing like crazy.  Both  my realtor and attorney advised not to even think about going into business here, now.  Nothing is surviving.  People who have always been well-off are going without.  Our parish can’t keep up with the need out there to help people – people who have never needed help before, until now.

What does our governor do?  Well, nothing.  A governor who cares about the population of his/her state will do whatever it takes to recruit new business, and industry.  Susana Martinez doesn’t give a damn.  Not to worry, she’s just like everyone else in this state who is in a position of power.  Yes, we need to conserve water, but not at the cost of destroying the lives and fortunes of good people who pay their taxes and bought into the lie that New Mexico was a good place to live.

Recently, in a poll, 84% of the population thought the greatest problem facing this state is corruption. I’d like to add terminal stupidity.  The stupidity is so terminal, thousands of people like me are stuck, unable to even attempt to create anything.  This is the United States, we should be able to look opportunity in the face and seize it.  You can, most places, but not in the the state that was once the Land of Enchantment.  Oh, you can – if you are one of the governor’s corrupt cronies.  The rest of us are screwed, now matter how good a business plan we have.

It is so bad, I have been advised not to even use my condo to get a mortgage to start a business.  I can’t even ‘work’ out of my home, or use it for a home business.  In order to do so, I must submit to periodic inspections by the fire inspector and various county officials.

Sorry – that’s not the way things should be.  And – we wonder why this is the worst state in the country to try to go into business and stay in business.

RSS feed for this post (comments)
Previous Post« Why Concentrated Wealth Is an Eventual Recipe for Financial Disaster
Next PostWhy Have Sympathy for Pedophiles? »
The Pink Flamingo
Bombax Theme designed by itx
﻿﻿﻿﻿﻿
WordPress SEO fine-tune by Meta SEO Pack from Poradnik Webmastera