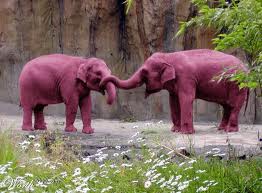 There is such a wealth of material about the total and complete joke the Romney incarnation of the GOP has become that The Pink Flamingo is in a quandary. I don’t even know where to begin.  I’ve been collecting links for nearly a week.  I must have at least 70 of them.  I’m having such difficulties dealing with Mitt’s GOP, that I don’t even know where to start, so I’ll just come out and say what I think.

When someone like Kay Bailey Hutchison comes out and says that the election should not depend on likeability,  you know we’re screwed. They say Republicans in the House are so unpopular that they are almost in hiding, there in Tampa.  They should be.  They have done everything possible to obstruct Obama, including failing to enact legislation that would help the country.

“…There is something wrong with the Republican Party, the survival of which demands more than a few moments of self-examination and reflection. I wouldn’t use the word “stupid,” though it is tempting. Suicidal seems more apt. The GOP, through its platform, its purity tests, pledges, and its emphasis on social issues that divide rather than unite, has shot itself in the foot, eaten said foot, and still managed to stampede to the edge of the precipice. Is extinction in its DNA?

Maine Sen. Susan Collins pulled her car off a rural road in her home state to give full expression to her own dismay at her party’s death spiral. She points to a series of problems, ranging from the absence of women in leadership positions, which sends a bad message to women—“role models matter”—to the party’s illogical emphasis on divisive issues when they should be focused on Republican strengths.

“It seems like we’ve been thrown back decades into debates most everyday people think were settled years ago. This doesn’t mean we’re disrespectful to people who hold a different point of view, but the platform seems designed to alienate a lot of moderate women. I don’t get it.”…”

Today’s GOP is run by a group of pathetic, childish, frightened beta males who are so afraid of their own questionable masculinity, so beholding to special interests, and so fearful of who they are, that they would, today, renounce Ronald Reagan.  These are petty, little men who are so fearful they have National Guard troops guarding the convention center in Tampa. Granted they are there as the state militia called up to protect the state from the big bad storm, but it looks bad.

We’re dealing with a group of immature, little men like Paul Ryan who can only stare wistfully in Mitt Romney’s eyes and dress just like one of the big boys.  He’s a man who thinks that rape is simply another form of conception. We are dealing with men who are so insignificant and so warped they think that pregnancies from rape are similar to those where the parents are not married.

Today’s Romney Republican is white, male, wealthy, bigoted, and appears not to like women.  When a campaign comes out and says they are going for 61% of the white vote, it makes a person wonder about what’s going on in their testosterone free brains.

The pending train wreck is now about a candidate who is so out of touch with reality that he thinks the American people will fall for his race baiting.

There is an underlying problem here, one people are afraid to discuss.  The He Man Woman Hater’s Club is going to destroy the GOP.

There’s something else going on here, something bubbling below the surface, a boil on the tushie of the elephant that needs to be lanced.  Mitt Romney is a card-carrying member of the He Man Woman Hater’s Club.  So is Rush Limbaugh.  So is Paul Ryan, Todd Akin, and numerous representatives of the extreme right, tea party male.

The He Man Woman Hater’s Club is a product of the Little Rascals.  It is about boys reaching the age where they don’t like girls.  They’re afraid of them.  Normal, and I stress the world “normal” little boys grow out of this stage when the hormones begin to flow.  Some of them, though, never really grow up enough to like an respect women.   They are the Beta Males, cowering little critters who must win the social and genetic war by being rich, mean, powerful, driving the flashiest car, and having the biggest mouth.  They’re the kind of men who don’t have many women surrounding them as equals.  They’re the boy’s club, the locker room of the world, pretending to be something they aren’t.

These are the men who aren’t very nice to women. They don’t think a woman can think for herself, and do their level best to keep women from being equals.  They are the men who make fun of a Hillary Clinton, Condi Rice, or a Madaline Albright.  They tend to promote the Pam Blondis, Nikki Haleys, and Jan Brewers of the world.  They use useful idiots like Michele Bachmann to show just how tolerant they are.  Just don’t don’t overstep.

Men like this, the Paul Ryans of the world, are having a very difficult time understanding that a woman’s body is her own.  They don’t quite get the idea that rape is a violent crime of control, usually propagated by weak, pathetic little creatures who hate women so much they must violate their very souls.  I don’t think someone like Paul Ryan, Mitt Romney, or Rush Limbaugh can even comprehend that such an assault on a woman is an attack on her very being, designed to dominate, control, and destroy who they are.  If they truly understood this, they would not be saying the outrageous things that they are.

Most He Man Women Haters are not gay.  They just don’t like woman.  They are married  and function quite well within their own little world.  They cannot, though, allow women to have positions of wealth or power.  They can’t allow them into their own little world, their board room, or the golf club.  What if a woman were to become more powerful than they are?

I swear the average woman can point out a He Man Woman Hater, easily.  It may take awhile, but we’ll get there.  I don’t like these kind of men.  I find them to be duplicitous, cruel, and will do anything to destroy a woman who may be getting in their way.  I know from bitter, personal experience, men like this will do just about anything to destroy a woman they consider a threat to their little world.

They will destroy a woman, emotionally, financially, politically, and physically if need be.  You see them as leaders in the whole Right to Life movement.  Women are nothing but an incubator for the next generation, to promote their species, to carry their genes, and insure that they become the dominate creatures of the world.

If you want to know why so many women are having such a visceral dislike of Mitt Romney, that is the single greatest reason.  He doesn’t like us.  We are to stay home and raise ‘his’ children, cherish ‘his’ seed, and see that ‘his’ needs are met, the hell with our own.  It very much part of Neoplatonism, a philosophy that inspired Mohammad, Thomas Aquinas, and other He Man Woman Haters.  It is a philosophy that comes from ancient Greece, where women had absolutely no power.

He Man Woman Haters are nothing more than misogynists.

“…”Though most common in men, misogyny also exists in and is practiced by women against other women or even themselves. Misogyny functions as an ideology or belief system that has accompanied patriarchal, or male-dominated societies for thousands of years and continues to place women in subordinate positions with limited access to power and decision making. […] Aristotle contended that women exist as natural deformities or imperfect males […] Ever since, women in Western cultures have internalised their role as societal scapegoats, influenced in the twenty-first century by multimedia objectification of women with its culturally sanctioned self-loathing and fixations on plastic surgery, anorexia and bulimia.”…

“Misogyny …. is a central part of sexist prejudice and ideology and, as such, is an important basis for the oppression of females in male-dominated societies. Misogyny is manifested in many different ways, from jokes to pornography to violence to the self-contempt women may be taught to feel toward their own bodies.”…”

Like Camille Paglia says, it isn’t that men hate women, but they are afraid of them.  This describes Mitt Romney and his boy toy VP, Paul Ryan, Rush Limbaugh, and a number of other (for want of a better term) jerks, within the GOP.  They are terrified of women.

What we fear, we must destroy.

If The Pink Flamingo sounds contemptuous of men like this, well, I am. I am totally, completely, and utterly contemptuous of men like this.  I can’t tolerate being around men like this.  Contrast these mediocre creatures to men like George H. W. Bush and his two sons.  These are men who like woman.  (If not, Barbara would kill them).  They are strong enough and sure enough of themselves to have strong wives, to respect woman, and put them in positions of responsibility and power.  So did Bill Clinton.  So does Barack Obama. Ronald Reagan was the ultimate Alpha Male, a man who adored woman.  I’d not a big fan of Dick Cheney, but he likes and respects women.  He surrounds himself with powerful woman.

Please, oh please, show me one strong, powerful woman in the Romney-Ryan campaign.  Just point out one who is mature, strong, not a bimbo, and knows how to put two sentences together without giggling. So far, there are none. It was the same way with Richard Nixon.  He did not like women.  That ended rather badly, didn’t it.

If you look back on the history of this country for the past century, Presidents who were surrounded by strong women were successful. Those who did not were disasters. Mitt Romney belongs in that latter category.