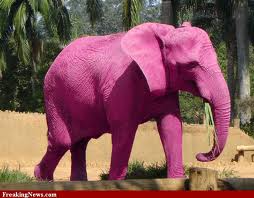 Want to know how bad things are getting for the Romney campaign? He spent the weekend bonding with God. He told his FOX brain-washed audience that Obama would take “God” off our coins. Naturally, the way these people believe Romney’s lies, they’ll fall for it, even though the Obama campaign said it is about as likely as an alien attack.

The Pink Flamingo was going to ask, how dumb does Mitt Romney think we the little people are, but I think that question answers itself. He thinks we’re stupid idiots who can be placated by a pacifier of telling us how much he believes in God. All he needs to do is just keep saying “God” and we will fall at his feet to vote for him.

Sorry, The Pink Flamingo is not that stupid!

Mitt Romney is in trouble. If what The Pink Flamingo is hearing is true, he may be first candidate in history to actually get a negative bump from his convention. We are talking McGovern debacle time here, I’m afraid. He’s becoming so disparate, he’s making a Hail Mary Pass. When a political candidate starts adding “God” to the equation, well, we know they are disparate.

Please, allow The Pink Flamingo to be a little nasty here. One wonders which version of God Mitt Romney is using here. Technically, while the LDS church accepts the existence of their version of “God”, they are not quite sure about the existence of other deities. It’s called Henotheism. So, in typical Mitt Romney fashion, this gives him a tremendous amount of technical wriggle-room.

On Sunday, Romney was all over the place, denouncing Paul Ryan’s vote on the military, denouncing his tax cut for the wealthy, endorsing Obamacare, speaking for God, and trying to placate a very annoyed press corp. His plane broke down.

This is the problem, and the myth. We’re being told that Mitt Romney is a legendary business manager. Maybe he wasn’t. Maybe those stories about rank mismanagement at the firms he assimilated while a vulture capitalist are true. There are tales that his management style was quite lacking. I think we’re already seeing signs of it.

The convention in Tampa was a disaster. Let’s face facts. There’s the Harry Truman thing, that the buck stops with Romney. His people had input. It was his convention. It was his responsibility.

There rumors I’ve been hearing about his out of control campaign spending are, evidently true. The man spent $17 million more dollars in August than he took in. That’s staggering. We’re being led to believe this man can handle the deficit problem, but can’t even control his own campaign spending.

He is at odds with his VP on Ryan’s votes. He’s changed his mind, several times, just on Sunday about Obamacare. He’s backtracked on taxing the wealthy – just today.

Romney’s changing his positions so many times, just this weekend, that he’s bouncing off the wall like a sugared up two year old. Let’s face it, while he was governor in Massachusetts, he utterly destroyed the GOP there. Any talk of the GOP retaking the Senate is DOA. The Dems are now talking about Speaker Pelosi.

It is quickly reaching the point where a Hail Mary pass isn’t even going to save this dying elephant.