The only good thing about the Stupid Bowl, or as some call it, the Toilet Bowl, is the fact that Spring Training is right around the corner.  This year the early date is February 14.  (The first version of my annual rant was published on February 18, 2015.

I admit it.  I loath football. It is increasingly a profession of psychopaths, narcissists, pedophiles, wife-beaters, liars, cheaters, and hidden steroid use.  It is a ‘sport’ that is literally dying, a little more, each year.  Just the other day I was reading that pediatricians are now recommending that children not be allowed to play tackle football – at any time.  It causes severe cognitive problems with memory as early as 10 years of age.  Every time a child is tackled or tackles, and uses their head, they lose just a little bit more of their ability to think.  It is a major cause of dementia and Alzheimer’s disease – because of brain injuries.  Yet, like the ancient Romans, Americans line up, every week, to either attend high school, college, or professional games, and do everything but give a thumb’s down.  In many ways, they don’t need to.  The game is a death sentence for many of those who play it. I suspect, 20 years from now, the game as we know it today, will no longer exist.  If it is, the only people playing it will be young men who need the money for a college education (what a joke) and a professional career.

There is no more disgusting display of futility in this country than the Super Bowl.  I suspect, if one were to poll those watching the game, and 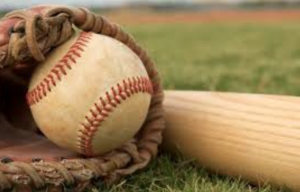 the hype, they would find that they don’t give a rip about football, only the hype.  Advertising demands this nation come to a halt for several hours while we watch over-paid men literally destroying their futures by ongoing brain damage.   If it weren’t for the hype, would anyone even bother watching it?  I doubt it.

The betting is deplorable.  There is a ritual involved where people bet on every little thing.  It isn’t about which team wins – except for the fans of those teams.  Please, tell me all those millions of individuals watching the game are fans of either team?  They aren’t.

Critics of baseball complain that people don’t watch the World Series like the once did.  There’s a reason for that.  Baseball is not about hype, it is about lore, legend, history, and a game of skill.  One of the reasons people aren’t watching the World Series is because the average baseball fan watches THEIR team.  We watch our teams, and keep an eye on the rest of the Series, but that’s about it.  Teams with a bigger fan base attract bigger audiences.  We baseball fans don’t do hype.