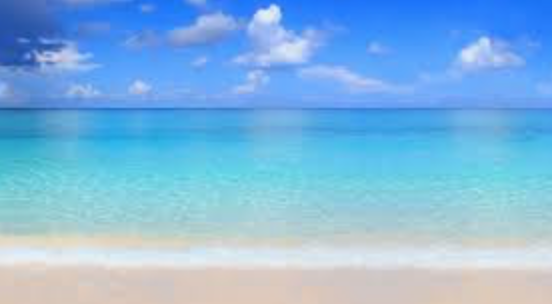 A year ago, as I worried about the sale of the ranch, and where I was going to move and how I was going to get there, I would sit at the kitchen table, worried, praying.  My mother’s huge Maine Coon, Fred, would jump up on the table, demanding attention.  I would then realize I had no idea how I was going to move he and her other three cats.  I promised my mother I would take care of her cats.  Everyone was telling me to get rid of them, put them up for adoption, or put them to sleep.  Fred would want to love. I would hold him and cry.  It was a cry of despair.  How would I manage to save the four of them?  I had made a promise.

I have a problem.  I’m a little frantic about it.  It is one of those situations in life, if I weren’t so frantic, it would be almost laughable.  Only, right now, I’m not laughing.  I should be, but I’m not. It’s one of those, no matter what I try, or what I do, it fails.  It doesn’t really matter – lessons learned.  The real lesson is the duplicity of people.  It is amazing what a small group of men and women will do to maintain their hold on their small part of the world. They are quite larcenous.  Their mendacity has cost a lot of people a lot of money.  At least I’m not the only one.

But, I’m not one of those people to sit back and take things.  I have a big mouth and know how to use it.  Recently, someone told me that was my problem, that I spoke up about things, defended myself, and had this very bad habit of pointing out injustice and unfairness.  I was making everyone hate me for these actions.  She explained that I was arrogant and entitled in my demands, rude, and incapable of understanding other people had things to do in their lives.  I’m childish and need to grow up.  She also questioned my faith and said I needed to read what the Bible says about people like me.

Oh well.  I can handle the criticism.  I don’t like being lied to, manipulated, or having some raise their voice to the point of shouting because I don’t see the world the way they do.  The problem was, at the time, I did not realize I was being manipulated.  I do now.  There is nothing I can do about it, other than lesson learned.

I can’t stop being who I am.  While writing this, I happened to be channel surfing and ended up watching Casablanca.   I think it is a movie today’s little snowflake needs to watch – the struggle for freedom.  Everyone wanted to get to America, to freedom.  While at Rick’s Cafe American, a group of Nazi soldiers began singing begin to sing Die Wacht am Rhein (The Watch on the Rhine), a German patriotic song.  Victor Laszlo, played by the legendary Paul Henreid, is a freedom fighter.  While the Nazis are being their usual selves, he steps up and demands the band play La Marseillaise in honor of Occupied France.

The world needs more people like Vitor Laszlo, willing to stand up and make himself a target for doing what was right.  The problem is, here in this country, people are increasingly less anxious to step out of their comfort zone and do what is right.  If we do, and stand up for ourselves, we are considered bad people.

I find that I am going to need to stand up against this small group of people.  No one else is.  I’m not sure how I’m going to do it.  I may just fictionalize their story.  No one would believe it.  If I’d not been slapped in the face with their actions, neither would I.  No, it’s not much, but they are hurting a lot of people – financially. In a different location I suspect a good article would lead to the ‘indictment’ word, but not here.

Saturday evening, I was feeling sorry for myself.  Fred climbed up near me, demanding attention.  I realized a year ago, I was disparate to move he and the other cats.  We did it.  Everyone handled the move quite well.  They are all happy in their new home.  The lesson is quite clear.  The Lord provides a way.

It is rainy, cloudy, and I just had another annoying disappointment.  I’m tired having slept very little. My mother’s four cats are napping, just a few feet away from me.  They’re happy, snugly, well fed, and lazy.  B2 is eighteen this summer.  While we were in New Mexico it looked like she would not be long for this world.  She’s doing great.  They all are.

There is a lesson here.

The Lord does provide.