Note to Dems: You Field Crap Candidates & You Lose 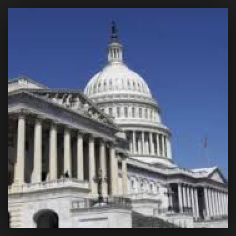 I know the GOP has been stuck on stupid for ages, but the Dems?  This was a stuck on stupid kind of election.  You would think they would learn from GOP mistakes, but forget that.  After the Sharon Angle debacle and I Am Not A Witch O’Donnell, that they would learn from history, but like they say, the fools who don’t pay attention to history are doomed to repeat it.  Case in point is Alison Grimes.  When Ashley Judd mentioned that she wanted to run for Senate, she was treated like dirt. The powers that be, deep within the bowls of the Democratic Party just knew Grimes would be the better candidate.

Wanna try for a mulligan?

Let’s face it, there are numerous reason the GOP cleaned the Dems clock the other day.  Maybe number uno on the list should be crap candidates.  Or, mediocre candidates who received no help, at all. Case in point is right here in New Mexico:  Gary King.  It was his ‘turn’ to run.  So he ran.  They let him run, treated him like dirt, and let Susana Martinez, the most corrupt governor in the country, cake-walk to victory.

“...Obama was not the only problem for Democrats. Most Democratic losers ran vapid, uninspiring campaigns without messages that appealed to their base electorate or turned independents in their favor. As one African-American voter in Maryland said of Brown, “You don’t get my vote because you look like me; I need a concrete message. Sorry, Brown, I didn’t get that from you!”

Democratic candidates also failed to learn one of the most basic lessons of politics: You can’t run away from the president of your own party. Attempts by candidates to distance themselves from Obama simply left them looking weak and empty, with no positive results. Running away from a sitting president did not help Republicans in 2006 or 2008. It did not help Democrats in 2010 or this year….”

Right now, Barack Obama isn’t all that popular. Sure people like to pretend he is, but he’s about as popular as a cheeky nurse with a bad case of Ebola. But, you don’t pull the rug out from under him, when he is the seated POTUS of your party.  We saw the GOP do this to George W. Bush, thanks to the vicious duplicity of Laura Ingraham.  Then, Alison Grimes did the same thing in KY.  Like Big Bill said, you don’t betray the president.  Grimes did.  She lost.  She deserved to lose.

Put me in the don’t approve of the job Obama is doing.  I’m pissed with him. I voted for him, the first time I’ve ever voted for a Dem POTUS nominee in my life.  I’m pissed because he is squandering my good will, and doing a lousy job this second term.  Would I vote for him again?  Of course I would.  If I were a Dem running for office, I would have begged him to come campaign for me.  That’s how the game is played.

Quite frankly, I think the Dems are wrong about a lot of things.  They overplayed their hand.  But, the GOP beat the you-know-what out of them by learning from their past mistakes.  Instead of running idiots who may or may not have been a witch, they ran solid, viable candidates, schooled them properly, then put a massive amount of Koch Kash where their mouths were.

Did Obama do enough to help himself?  Of course not.  He shares a good 25% of the blame.  Crap candidates are another 25%.  Add a poorly defined national message for 75% and the fact that the GOP just plain out played them, and you have a 100% bloody mess.

Two years ago the GOP was being eulogized.  One of the things I love most about politics is that it is never over, ever.  There are times when it takes a humiliating defeat to force a political party to improve.  Right now, I’m not seeing it.  The Dems are in a complete disarray, nationally.  They no longer know how to even run a local campaign, let alone a national one. The GOP can run rings around them that way, and it isn’t all Koch Machine money.  We spent years organizing, locally.  It’s now paying off, big time.

You just wonder if the Dems can learn from their mistakes like the GOP did. It will be fascinating to watch, that’s for sure.