No, this is not Nazi youth indoctrination.  This is from a first grade lesson at a charter school at the First Christian Church, in Fort Lauderdale.  The kids all dress like and look alike, no matter what race they are.  It is from Bill Gothard’s Institute for Basic Life Principles.

Bill Gothard likes young blonds with long, curly hair.  He prefers them to be modestly dressed in denim skirts.  The should be thin, with chaste and pure little scarves in their flowing hair.  He likes to play footsie with them, feel them a little, and that’s about it.  According to lore and legend, the very individual who tells the Duggars when to have sex after their children are born, who thinks that birth control aborts unfertilized eggs, and that men must always control their wives, has never been kissed.  He’s never had sex – ?  He lived with his mommy until she died.  He’s a woman hating pervert.

In Virginia, in 2010, Congressional candidate Bob Marshall said that God punishes women who have abortions by giving them disabled children.   He said it is a special punishment Christians would suggest for women like this.  He also said that incest was voluntary.  It is the influence of Bill Gothard, pervert, conservative religious leader, and bastion of home-schooling.

They call it Bill Gothard’s Umbrella of Authority:

“…By honoring and submitting to all authorities in your life, you will receive the privileges of their protection, direction, and accountability. If you resist their instructions and move out from their jurisdictional care, you forfeit your place under their protection and face life’s challenges and temptations on your own.”…”

Did Bill Gothard win? Ever heard of Character First? If you want to know, just look at the Duggars. Gothard is the most influential home-schooling mentor in the world. He ran a home-schooling cult, based on sexual abuse. His teachings have been used by millions of duped families, the world-over.

“…Honestly, I could spend pages writing about the spiritual carnage caused by Bill Gothard. I have spent quite a bit of time on forums created by and for ATI “survivors,” and in comparison to many of the stories I’ve heard, what I experienced was very mild. For every ATI student who survives, there are many more that have left the faith entirely. Bill Gothard has left behind a generation of homeschooled students who are afraid of religion, socially inept, abused, scarred, addicted, and hurt. Yes, many have made it through. Many have not…” 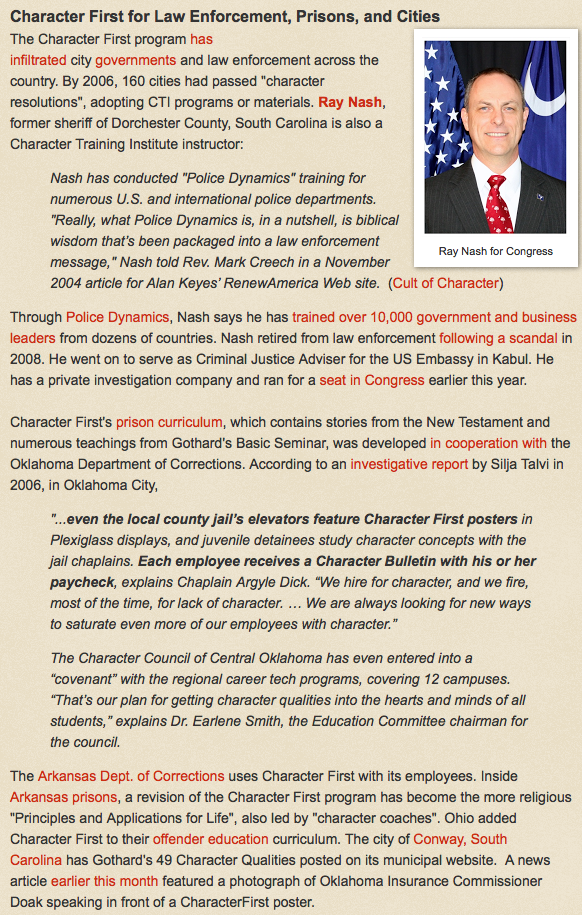 Heresy In The Heartland

Who is Bill Gothard, anyway?  If you have never heard of him, he may be the most influential religious and educational leader of several generations.  He’s also a pervert, harasses young women, has a really weird foot fetish, and lived his entire life with his mommy and daddy.  Allegedly he has never had sex, never kissed a woman, has never married, and has produced no children, yet he has told millions of parents in this country how to raise their children. He is the most influential pervert in the country, and has been for nearly four decades. 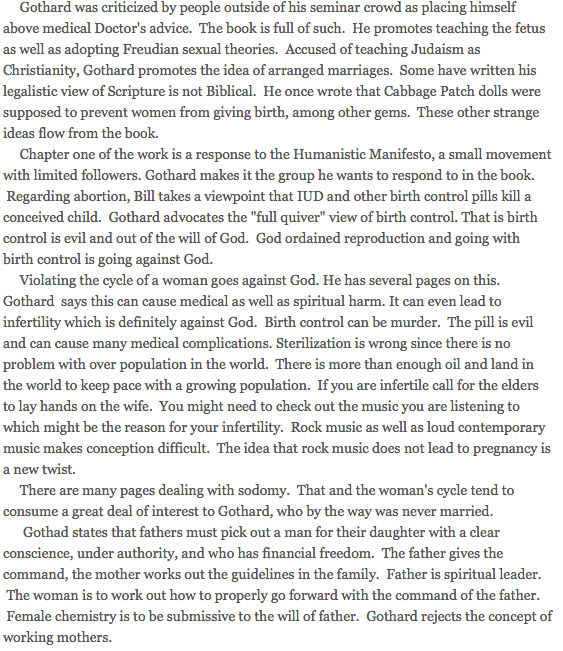 It may not even matter that the ATI’s Bill Gothard, that bastion of religious decency has been relieved of his position, influencing upward of 90,000 ministers a week, because of a sex scandal.  The damage has already been done.  We see it in the cruel, coldness of the GOP, who no longer believe in helping anyone.  We see it in the demands that women be submissive, dominated by the men in their lives.  We see it in the abjectly irrational attitudes of the men within the far right GOP.  They are representative of God.  It is seen in the modesty culture and the demands that women not lead men astray.

This is the first of two parts.  Part two will conclude on Tuesday.