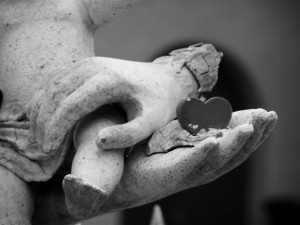 Christian Reconstruction is a strange perversion of Christianity, Old Testament rules and regulations that never really existed, the very worst expects of Calvinism, with just a hint of Mormon theology thrown in to make it interesting.  It was created by R. J. Rushdoony, back in the early 1970s.  He modeled his movement on the hierarchy of the John Birch Society, of which he was a great admirer.  Rushdoony was a racist.  He was a sexist, basically hating women, and children.  His new ‘Christian’ religion brought together the very worst aspects of the Bible.  It is long on punishment, has no love, and basically ignores the teachings of Christ.  Salvation is an als0-ran.  In many ways, it doesn’t really matter as long as one follows the rules and regulations, of which there are very, very many.

Punishment is to be swift and harsh. Rushdoony’s son-in-law, Gary North (Scary Gary) continued the cause, codifying laws which will be enforced when their new version of a Calvinist theocracy is achieved.  First, remember that democracy is heresy.  Anyone who refuses to surrender to the godly men (always men) anointed by their version of God, and hold fast to the nasty old heresy of democracy will be executed.  Elected public officials who refuse to give up their positions and wisely allow god’s anointed to rule the nation will be executed.  Those of us who dare protest will also be executed.

“....Epitomizing the Reconstructionist idea of Biblical “warfare” is the centrality of capital punishment under Biblical Law. Doctrinal leaders (notably Rushdoony, North, and Bahnsen) call for the death penalty for a wide range of crimes in addition to such contemporary capital crimes as rape, kidnapping, and murder. Death is also the punishment for apostasy (abandonment of the faith), heresy, blasphemy, witchcraft, astrology, adultery, “sodomy or homosexuality,” incest, striking a parent, incorrigible juvenile delinquency, and, in the case of women, “unchastity before marriage.”

According to Gary North, women who have abortions should be publicly executed, “along with those who advised them to abort their children.” Rushdoony concludes: “God’s government prevails, and His alternatives are clear-cut: either men and nations obey His laws, or God invokes the death penalty against them.” Reconstructionists insist that “the death penalty is the maximum, not necessarily the mandatory penalty.” However, such judgments may depend less on Biblical Principles than on which faction gains power in the theocratic republic. The potential for bloodthirsty episodes on the order of the Salem witchcraft trials or the Spanish Inquisition is inadvertently revealed by Reconstructionist theologian Rev. Ray Sutton, who claims that the Reconstructed Biblical theocracies would be “happy” places, to which people would flock because “capital punishment is one of the best evangelistic tools of a society.”

The Biblically approved methods of execution include burning (at the stake for example), stoning, hanging, and “the sword.” Gary North, the self-described economist of Reconstructionism, prefers stoning because, among other things, stones are cheap, plentiful, and convenient. Punishments for non-capital crimes generally involve whipping, restitution in the form of indentured servitude, or slavery. Prisons would likely be only temporary holding tanks, prior to imposition of the actual sentence….”

Their plan is a slow burn, enveloping the very best of racism, Calvinism, John Birchers, militias, and libertarians.  It is a multi-generational vision, designed to bring God’s kingdom and rule to earth.  One of their early actions was to infiltrate the American political scene.  They have done that, quite well.  They have used the conservative media, taken over the entire evangelical movement, and have rewritten history.  In doing so, they have turned this nation into something almost unrecognizable.  During the process, now disgraced Bill Gothard, of ATI has become perhaps the most powerful and influential man in the country.

This is the first of a multi-part series dealing with the worst of Christian Reconstruction.  It will include the creation of the rape culture.  Gary North is the political genius behind Ron Paul and his movement. Why are pedophiles being ignored within certain parts of the church?  Feminism is their sworn enemy, as are women.  Children are to be severely trained, and punished.  Families are to be controlled via modesty and purity.  Women will no longer even have a say in their future as their fathers, their godly fathers, decide if they will learn to drive, go to school, if they will marry, work outside the home, and so forth and so on.  Even the process of salvation has been taken from women.  They will achieve it through their godly husbands, who have been, like God, given the the power to forgive sins.  If they do not want the sins of their wives, daughters, and sons forgiven, then they have the power to condemn them to hell.

The plan, for me, is to use this for the final chapters of a book I am writing on the subject.