Part I: How Christian Reconstructionists Look at Women 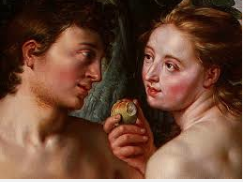 Christian Reconstructionism has empowered dominionism and the strange patriarchal movement. In a nut-shell, the patriarchal movement is about empowering men, who are the head of their household.  They are anointed by God, who basically speaks through them.  Because they are the head of the household, women must do what they tell them to do.  It’s the way God wants it, or so He has told them.  Evidently, because Eve tempted Adam, well, women are to be subservient to men.  Their wives and daughters are to be kept at home, sheltered, and told what to do.  Because God tells their men what to do, well, their men become ‘god’.   They call themselves “complementarians.”  Men and women have different roles, as long as the man is superior and the woman is submissive.

“…The most important thing to remember about Christian Patriarchy is its emphasis on a hierarchical family order, which it regards as the natural order ordained by God. Men and women have different roles to play, the man as protector and provider and the woman as nurturer and homemaker. Women are always under male authority; daughters are to obey their fathers and wives are to obey their husbands. When everyone fulfills the role God has created for them, the family prospers….”

They start them young.  The idea is to brainwash the daughter, keep her at home, and submissive, almost involved in some sort of sick emotional incest.  It starts when a girl is born.  She is under the authority of her father.  He ‘gives’ her – she is his possession – he owns her – to her husband.  When the husband dies, the woman is then under her son’s authority. If she has no son, she returns to her father, to be under his authority.

“…The stay-at-home-daughters movement, which is promoted by Vision Forum, encourages young girls and single women to forgo college and outside employment in favor of training as “keepers at home” until they marry. Young women pursuing their own ambitions and goals are viewed as selfish and antifamily; marriage is not a choice or one piece of a larger life plan, but the ultimate goal. Stay-at-home daughters spend their days learning “advanced homemaking” skills, such as cooking and sewing, and other skills that at one time were a necessity — knitting, crocheting, soap- and candle-making. A father is considered his daughter’s authority until he transfers control to her husband….”

Fortunately, Vision Forum is now dead as a doornail.  But, the damage has been done.  How bad?  According to Ryan Stollar:

“…As a teenager, Stollar toured the national homeschool debate circuit with a group called Communicators for Christ, sharpening his rhetorical skills and giving speech tutorials. Along the way, he found himself increasingly disturbed by what he saw. He met families that follow the concept of “Quiverfull,” wherein women are submissive to men and forgo contraception to have as many children as God gives them. He encountered entire communities where women wore only denim jumpers for modesty’s sake, where parents burned their daughters’ birth certificates to keep them at home, where teenagers practiced “betrothal,” a kind of arranged marriage. He met homeschooling kids who dealt with the stress by cutting themselves, drinking, or developing eating disorders—the very terrors their parents had fled the public schools to avoid. “Even as a conservative Christian homeschooler,” Stollar says, “I was constantly experiencing culture shock.”…”

Because women are fragile and their daughters are to be kept pure and innocent, there are some extremists who are now advocating that not only will they not have birth certificates, but they should not get marriage licenses.  Michael Pearl is advocating this one.  If a woman does not have a birth certificate, she does not exist as a person.  She cannot drive, legally have a job, vote, or even legally establish that she is an American citizen.  She is a non- person.

“...What about the issue of birth certificates? Do you realize they do not get birth certificates for girls…think about this for a moment. Right there is a way to “stop” these fundamentalist cultist from practicing subjugation. These girls have no recourse (as they have no identity) but a life of barefoot and pregnant as a form of loyalty to daddy-daddy-daddy…I suppose we just shrug it off knowing their teen girls are sold off into marriage or put in the wood chipper the minute they defy authority….popular right wing movement indeed!…”

These days the far right is at war with contraceptives. There is a logical explanation for this, once you get through the hype. Contrary to some theories, it has NOTHING to do with Catholic positions on birth control.  For the extreme right, you need to understand the players.  When you understand the players involved you suddenly realize this is not about the Catholic church and birth control, but everything to do about first – Rushdoony,  second – Christian Reconstructionism, and thirdly – Bill Gothard.  One, two three, that simple.

“...These men — and yes, they’re mostly men — will tell you that the Protestant embrace of birth control lacked adequate theological reflection. They will ignore the economic and social realities of modern life that make having Duggar-sized families undesirable and unrealistic. The Rev. R. Albert Mohler Jr., president of Southern Baptist Theological Seminary, argues that “the birth control revolution set loose a firestorm of sexual promiscuity and much human misery” but gives “The Pill” a tenuous and unenthusiastic green light. Of course, contraception has had profound consequences. But safe, effective contraception has given thoughtful, faithful people the liberty and autonomy to ensure that their children are welcome, wanted and able to be cared for….”

Part of the problem is the obscene influence Bill Gothard has had to the point where it is important to realize that he sends out a weekly email to 90,000 ministers, world wide.  Gothard teaches that birth control is basically murder.

“…The anti-contraception movement’s signature achievement has been to suggest that hormonal contraceptives are — or may be — abortifacient, or akin to abortion. Can Christian women really risk using these pills if, in doing so, they are slaughtering their unborn children?…”

One young woman, who is a survivor of the world of patriarchy wrote:

“…I don’t remember when my parents got introduced to Bill Gothard’s patriarchy ideas, but I have seen this stuff totally mess up my family, myself, and many other families. One of my biggest griefs with his version of patriarchy is that it enables narcissistic, controlling, manipulative, and abusive men to continue their abuse under the name of “God-given authority as the husband and father to rule over the wife and children.” Fathers who are abusive are enabled through this ideology by basically being “God” for their family. There is no one above them, and they are the ultimate rulers. God speaks through them, and never to the wife or children. It’s no wonder that I have seen, read, and watched so many children who were raised under this mindest leave the faith because of the hypocrisy they had seen in their dad.

Bill Gothard’s “patriarchy” says that women are simply baby making machines who bow down to their husband’s rule, and who aren’t allowed to have a voice. “Patriarchy” says that young women are their father’s property and are to be traded to off to the father-chosen men when the times comes.  ”Patriarchy” seems to have this unspoken rule that even if it is a living hell at home, you don’t tell anyone else. “Patriarchy” told me that when I questioned something dad said, with the purpose of understanding better, I was not honoring him, or respecting him….”

Bill Gothard basically doesn’t like women.  There’ s no other way to state it.  When one adds the perverse teachings of Gothard to those of Rushdoony, women are basically doomed to a life of indentured servitude, perpetual pregnancy, and absolute submission to her husband, who speaks for God.

“…    Chapter one of the work is a response to the Humanistic Manifesto, a small movement with limited followers. Gothard makes it the group he wants to respond to in the book.  Regarding abortion, Bill takes a viewpoint that IUD and other birth control pills kill a conceived child.  Gothard advocates the “full quiver” view of birth control. That is birth control is evil and out of the will of God.  God ordained reproduction and going with birth control is going against God.

Violating the cycle of a woman goes against God. He has several pages on this. Gothard  says this can cause medical as well as spiritual harm. It can even lead to infertility which is definitely against God.  Birth control can be murder.  The pill is evil and can cause many medical complications. Sterilization is wrong since there is no problem with over population in the world.  There is more than enough oil and land in the world to keep pace with a growing population.  If you are infertile call for the elders to lay hands on the wife.  You might need to check out the music you are listening to which might be the reason for your infertility.  Rock music as well as loud contemporary music makes conception difficult.  The idea that rock music does not lead to pregnancy is a new twist.

Gothad states that fathers must pick out a man for their daughter with a clear conscience, under authority, and who has financial freedom.  The father gives the command, the mother works out the guidelines in the family.  Father is spiritual leader.  The woman is to work out how to properly go forward with the command of the father.  Female chemistry is to be submissive to the will of father.  Gothard rejects the concept of working mothers….”

Martha Peace has a career in writing about ‘Godly’ women.

“...Those priorities may include rising early to feed the family, being available anytime to satisfy a husband’s desires (barring a few “ungodly” or “homosexual” acts), seeking his approval regarding work, appearance, and leisure, and accepting that he has the “burden” of final say in arguments. After a wife has respectfully appealed her spouse’s decision—a privilege she should not abuse—she must accept his final answer as “God’s will for her at that time,” Peace advises. The godly wife must also suppress selfish desires (for romance, a career, an equitable marriage), practice addressing her spouse in soothing tones, and maintain a private log of bitter thoughts to guide her repentance. “If you disobey your husband,” Peace admonishes in The Excellent Wife, “you are indirectly shaking your fist at God.”…”

Contrary to popular opinion, Rick Warren is not all that progressive.  In his Saddleback Church, women are to be silent.  They must be submissive.

“...Or take marriage. At his Saddleback Church, wifely submission is official doctrine: The church website tells women to defer to their husband’s “leadership” even when he’s wrong on important issues, such as finances. Never mind if she’s an accountant and he flunked long division, or if she wants to beef up the kids’ college fund and he wants to buy shares in the Brooklyn Bridge. The godly answer is supposed to be “yes, dear.” Is elevating this male chauvinist how President-elect Obama thanks women, who gave him more than half his votes?…”