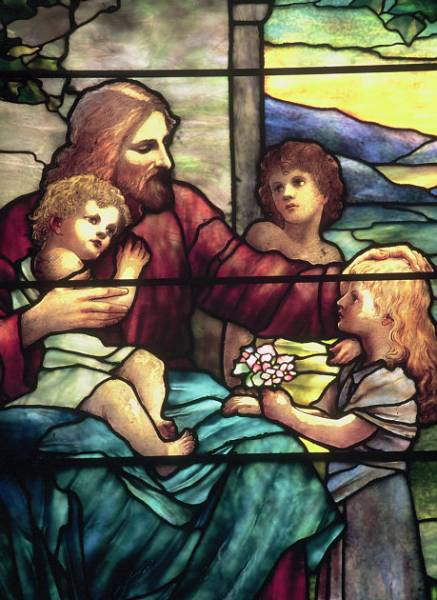 “...Our problem is with … the religious extremists … who want to destroy everybody who doesn’t agree with them. I see them as betrayers of the fundamental principles of conservatism. A lot of so-called conservatives today don’t know what the word means. …”  Barry Goldwater

I am a Christian, a follower of Christ.  I am not a follower of the Jewish traditions simply because I am a modern Christian.  I happen to believe that one of the meanings of Matthew 27:51 At that moment the curtain of the temple was torn in two, from top to bottom. The earth shook, and the rocks were split is about several things.  First, there was a major earthquake at the moment Christ died.  It is recorded as such by various writers, many of them contemporary.  Secondly, the death of Christ was an atonement for us all, the final blood sacrifice.  He gave his life for us so that we would be as involved in our faith as were the high priests, the only ones allowed to go beyond the temple veil.  Thirdly, the veil that was destroyed, torn in half was, according to Josephus, (Bell. Jud.,’ 5:05. 4) a Babylonian curtain, embroidered in linen with rich colors.  It was, according to St. Jerome, a violent act of the supernatural.  It should be noted that the Hebrew religion after the Babylonian captivity was not the same religion of the patriarchs, simply because of the passage of time and the cultural influences of other cultures.

“… The sanctuary enshrined the presence of God, from which the veil excluded every one but the high priest on one special occasion, thus denoting the imperfect reconciliation between God and his people, and that the way to the holiest was not yet made manifest. The rending of this veil betokened the opening of the access to heaven through the wounded body of Christ: as we read in Hebrews 10:19, 20, “Having boldness to enter into the holiest by the blood of Jesus, by a new and living way, which he hath consecrated for us through the veil, that is to say, his flesh.” “When thou hadst overcome the sharpness of death, thou didst open the kingdom of heaven to all believers.” The distinction between Jew and Gentile was abolished, the mysteries of the old Law were opened and manifested, all rites and ceremonies were made of sacramental efficacy, and ministered grace….”

It was about change.  When Peter was given the vision that led to him becoming a missionary to the Gentiles, and the rock upon which Christ’s church was built, he was basically told to eat foods that had been forbidden to the Jews.   This is reinforcing what Christ said in Mark 7:18-19  He said to them, ‘Then do you also fail to understand? Do you not see that whatever goes into a person from outside cannot defile, since it enters, not the heart but the stomach, and goes out into the sewer?’ (Thus he declared all foods clean.)  Earlier in the passage, the Pharisees were condemning Jesus because he and his disciples were not observing the traditions of the elders.  Jesus answered, telling them that Isaiah had parenthesized rightly about them saying that  ‘Isaiah prophesied rightly about you hypocrites, as it is written, “This people honours me with their lips,    but their hearts are far from me; 7 in vain do they worship me,    teaching human precepts as doctrines.” 8You abandon the commandment of God and hold to human tradition.’

Why is this so important today? We’re living in a world where Christians, men and women who once knew what they believed, have been brainwashed what they believe corrupted and tainted by evil men like R. J. Rushdoony, who have taken it upon themselves to basically create a new religion that is a merging between very ancient Jewish tradition and their version of what Christian tradition should be.  They have become dogmatic in what they believe, promoting it through the heresies of men like Bill Gothard, Gary North, via Doug Phillips, Ralph Reed, David Burton, and others to basically destroy people.  Millions of Christians in this country no longer know what they believe.  Not to worry, though.  The Chanceldon Foundation will tell us what to believe.  Because we are going to be under Christian rule, if you don’t follow the edicts laid out by R. J.. Rushdoony, you’re a heretic.  Heretics are to be stoned to death.

“…For example, what does it mean to be a Christian? Who decides what the criteria are, and on what basis? And for those who are planning for an America where all of family life, society, and government is based solely on the Bible as the complete and inerrant Word of God, then which Bible are we talking about? Can you be a Christian if you favor a different translation of scriptures than a Protestant version preferred by the Chalcedon Foundation? Can you be a Christian if your Bible is bigger than the Protestant one? For that matter, does Chalcedon even have a translation preference, and if so, how do they defend it against all comers? And if they don’t defend their preferred translation as the pure and complete Word of God, then how can they know when they’ve correctly applied Biblical law? Is it just a matter of opinion?…”

Peter, the rock upon which the Catholic Church, basically founded by a woman named Junia, (Paul referred to her as an Apostle – someone who had met the Risen Christ – thereby destroying any patriarchal argument the far right has today) was shown that the church, in order to expand beyond Judea, had to change to fit the needs of the Roman world.  In other words, the traditions of the Old Testament, which were created to help the Jewish people have rules, an identity, and a way to survive, were not relevant for newly converted Romans.  Romans were not Jewish.  They had their own traditions, identity, and history.

Christians, traditionally held their Sabbath service on Sundays, not Saturdays. The reasoning being that Christ rose from the grave on a Sunday. The Jewish Sabbath is on a Saturday. Early Christians did not celebrate any of the Jewish holidays, including the most important of them all, Passover. This alone states that early Christians were not following the rules and edicts of the Old Testament, and neither should we.