Part I: The Leader of the Home 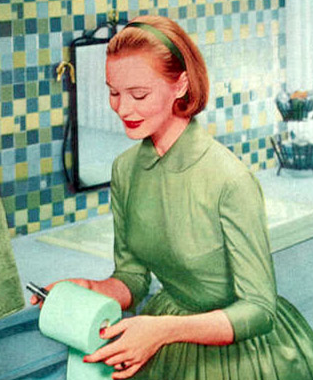 “…Do you open up your home, and when people come in and they say, “Thank you, thank you,” do you immediately defer to your husband and say, “Oh, this is the generosity of my husband. He’s the lord of the home. He’s opened it up to you. I’m doing this to serve my husband, and representing my husband, I welcome you into this home.”…” Doug Phillips

According to Ralph Reed, if divorce is made more difficult to obtain, the woman will less likely end up on food stamps.  Yep – the woman.  He’s blaming our national debt on women.  Naturally.  Women are the root of all evil. In some religious circles, now, the father of the household is now of the same standing of God.  He has a holy priesthood, where his wives and daughters may petition him to interceded to God for them.  They are not allowed to have direct access to Christ.  I suppose it is only right and just that, in the church disgraced Vision Forum wonk Doug Phillips attends, if a person has not been endowed with certain genitalia they are not allowed to take communion without the man of the family’s approval.  If one is not born with certain male organs, one is prohibited from approaching the Lord without an escort who was born with one.  I know this sounds crude, but this is what is going on in some Baptist churches.

“…Have you ever considered that the third commandment might be able to apply to God’s earthly representatives as well as to Him? Did it ever occur to you that there might be a way that a daughter can take her father’s name dishonorably? We can do this by attributing things to our father that are not strictly true. ‘Oh, my dad would never understand.’ Never. ‘Oh, my dad always does this.’ Or by failing to talk of his true wonderful qualities..” Anna Sofia Botkin“.

The father becomes the leader of the home, the head of the family, the representative of God on Earth.  He is to be obeyed.  It has become a world where the man is the god of the family.  He is to be obeyed, and blessed, adored, even when beating his wife, molesting his children, and making their lives a living hell.  After all, he is a godly man.  He is the leader of the home.

Men must triumph over their wives.

“...Not only are husbands considered manly when they triumph over an opponent who is smaller and lighter weight than they, but men are also given much latitude to do what they want to TAKE authority over their wives. In the world of men, the size difference between husband and wife (in most cases) would prohibit the man from attempting to overpower his wife—if she were a man. But somehow, the husband who does not control his tiny wife and dictate to her how things shall be, is seen as lacking in manliness. Complementarians would see it as unmanly—and even cowardly—for him to pick a fight with a man who is the size of the man’s wife, but it is manly for him to pick a fight with his wife. If he picked even a verbal fight with a smaller man, he would be seen as a bully. But if he picks a verbal fight with his wife, he is seen as taking his rightful, God-given place and as standing up as a man….”

According to the Botkin sisters, who have had an life-time of indoctrination via Vision Forum and Bill Gothard, their father is like God.  if they speak poorly of him they actually blaspheme that parent.  The father becomes God.  He is in charge of the very souls of the women in his life, who must worship and adore him.  There’s no need for God the Father.

Now Jesus said to His disciples, “If you love Me, keep My commandments.” If we don’t love our father’s commands and instructions and reproofs enough to heed them, then maybe we don’t really love our fathers at all…Be careful how you speak of your father to others. Some girls speak of their fathers as they would of a little brother. They tell funny stories about funny things that Daddy did or said. Most of the time they’re just trying to be affectionate, but this is disrespectful. Some girls speak lightly of their father’s policies. ‘Oh, Dad would never let me do that, he’s so overprotective. Mom might think it’s okay, but you know my dad.’ Sometimes the very way they say the word ‘dad’ makes it sound like a pejorative. I think we can make a Biblical case that this is a sin. … “…Other than the fact that Chancey appears to be extending ESS in yet another direction, this time to apply to father-daughter relationships, read the above quote closely. Fathers are, apparently, reflections of God the Father. Daughters, however, are a reflection not of God Himself but of His “choosing grace.”…”

The problem with putting the man first in a family is the fact that, like the Botkin sisters, the father, the man of the house becomes a substitute for God. The father takes the place of the Father. Not only that, but he becomes the high priest, the one that a family member must attend in order to make their father the representative of God on Earth.

“…Your dad might be a plumber, he might be a carpenter, he might be an accountant. Whatever it is that he does, he’s your father, and as such he is a reflection of the heavenly Father. Submit yourself to him, because you are this beggar maiden, and what glory there is to be a reflection of the choosing grace of God that says, I will take these lowly people and I will raise them up to be my bride. All of us, corporately, as the church, are the bride of Christ, but you ladies have a special path before you to represent the bride. I want you to think about that as you go through your life. What is the best way that I can show the world how the bride behaves? The father prepares the bride, my father prepared me. The groom, like my husband, submits to the will of the father. He submitted to the will of his father, he submitted to the will of my father. And the bride follows the groom, giving the world a beautiful picture of Christ and the church. This is our glory as women. It is the glory of lowly submission. Don’t hate that word. That word is glory, it is beauty, it is radiance, because our Savior came to submit to the will of the Father, to suffer an ignominious death, to die on the cross for our sins. He is our heavenly Groom and we are His bride….”  Jennie Chancey

Their heart belongs to daddy.  A girl no longer gives her heart to Christ, but, instead, gives it to daddy.  The covert emotional incest is destructive.   The two godly Botkin sisters, now in their thirties, are waiting for dearest daddy to find just the right hubby for them.  Word on the street is it will be a cold day in hell.

“...This weekend, girls, if you haven’t given your heart to your dad, this is the weekend that needs to happen. And if your heart has strayed, if you’ve forgotten your dad, if you’ve broken the commitment of your heart, this is the time, now is the time to recommit: ‘I thank God for my father. My daddy, though he may be a sinner, is nonetheless my love and my hero and God has given him to me and he is my gift and I will follow him and I will serve him and I am grateful from the bottom of my heart for my daddy.’ That must be our daughters’ cries….”

Unfortunately – there is no room for the Holy Trinity in this arrangement.  It is all about the earthly father.