PART I: Why Biblical Context Matters 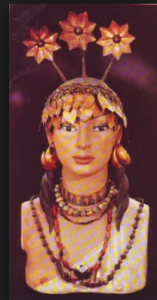 People much wiser than am I have said that you can use the Bible to prove anything.  You can use it to disprove anything.  You can, if you want to make assumptions and that’s fine.  It’s the Bible.  Making assumptions are fine, as long as you don’t hurt anyone else.  That’s the problem.  Because you can find just about anything you want in the Bible, you can create just about any weird religion you want.  When you don’t use your head or make assumptions based on ignorance, you have a mess.  Add a political agenda to it, and, as usual, you have a disaster.  It doesn’t matter what that agenda is, it is still a disaster.   This day and age, with our culture’s increasingly dependence on historical revisionism and ignorance, it only makes matters worse, no matter what the agenda.

The Episcopal Church ‘says’ that their theology is like a three-legged stool: Scripture, Tradition, Reason.  I like that, then again, I’m Episcopalian.  You need, that, scripture, reason, and tradition.  When I research, I like to apply all three. If I’m researching the Old Testament, especially the Pentateuch, I like to use Jewish sources – the Torah.  I also like using Jewish tradition and legends.  It expands our world, rather like going back to the original sources.

As a historian, I need context.  When I was working on Travesty, I realized the only way I could debunk Frank Waters was to put him into context.  To put his life into context, as well as that of Wyatt Earp, I had to delve into epidemiology.  I needed to see if the story about Urilla dying of typhoid was true.  No one had been able to make a connection.  By going into CDC records I discovered there was an on-again, off-again epidemic that swept the entire area, for years. I had to debunk Waters’ claims about certain food and plants.  I needed climate information.  I needed geology.  I needed to learn a little about gold mining.  I had to spend quite a bit of time researching the history of the Mormons in Missouri and Iowa.  I had to ask for help with Secret Service records.  The point is, I had to incorporate more than just a little bit of history.  Not to do this when we are studying the Bible is just plain foolish.

We also need to remember that people are the sum-total of what is in their past, what has gone on before, and their contemporaries.  You cannot put modern day sensibilities or even knowledge into people who had lives which were contemporary to Fourth Dynasty Egypt.  They only know what has gone before them.  To give them insight into the ancient Greeks, Romans or even Babylonians is just plain foolish.

I was reading something, yesterday, about the Pandora myth.  Some think there are great similarities between Pandora and the story of Eve.  There could be.  But – we need to put it into context.  Genesis was written between 1440-1400 BC.  The Pandora tale first appeared in Hesiod’s Theogony anywhere from 560-612BC. That is nearly 800 years after the Genesis story of Eve.  Biblical critics who say that the story of Eve is based on Greek mythology are ignoring the historical and literary record.  It is entirely possible Hesiod based his story on the story of Eve, not the other way around.  The epic of Gilgamesh provides parallels to the Flood story in Genesis.

It is all about context. By applying a little reason and history when researching Abraham and his family, they no longer become divine, but are nothing but tabloid trash. These are people you would want to avoid at all costs.  But, unless Christians start delving into the Jewish legends and texts, you can’t fill in the blanks, and flesh out the characters.  When you do, they become remarkable and vivid.  We also need to understand

The Fourth Dynasty in Egypt is dated c. 2613 to 2494 BC.  This tells us that Abraham and his people were maybe 6,000 years removed from the ‘Stone Age’.  There is some disagreement about which Dynasty, Fourth or Sixth, but we’re talking a difference of maybe 200 years.  I think Pepi II of the Sixth Dynasty was the pharaoh who had the hots for Sarah. The bottom line is that culture we consider to be part of Abraham’s life did not exist.  The ancient world according to Cecil B. DeMille is a Hollywood fantasy.  The bottom line is in order to understand Abraham, you must learn the history of the era.  When you put Abraham into context, his story is even more remarkable.  When you put Sarah’s story into context, it is abjectly tragic.  When she is described as ‘fair’, that is not about her beauty but the fact that she was blond.  She was literally history’s first blond bombshell, and all the baggage that went along with it.

If we aren’t willing to be intellectually honest in how we view the history and culture of the Biblical era, then we lose so much of the story.  As I’ve mentioned, previously, Jacob and his family were history’s first Jerry Springer episode.  He never met a daughter of Leban he did not sleep with nor fail to knock up, as in getting her pregnant.  He treated his first wife, Leah like dirt. He was obsessed with Rachel.  He ordered his son, Judah to kill his daughter-in-law after she followed tradition and sleep with him to get pregnant.

There are some version of the story that his daughter, Dinah did the same thing he did, fooled around with Shechem, or was raped by him.  Her brothers, Simon and Levi killed all the males of Schechem’s city and tribe.  Jacob was pissed with his sons, who were ‘avenging’ their sister’s honor.   The interesting part of the tale is that, after Dinah was either dishonored or made that way because of her brother’s behavior, she was marriageable.  Her brothers pawned her off on Job.  Forgotten in all of this is that Jacob basically cursed his two sons, who were all of 14 and 16 at the time they ‘avenged’ their sister.  It gets even more twisted.  Her daughter of rape, Asenath, ended up marrying Joseph.

They were tabloid trash.  They were people you would not want living next door to you, or literally, there goes the neighborhood.  They were low-life, sleaze, and exhibited every tendency no one wants in their family.  Yet, those who refuse to look at context whole Jacob and his sons, the Twelve Tribes of Israel up as something holy.  They were far from it.  The religious right doesn’t want to even consider how Sarah looked and what she did not wear, and those who do not want to admit that there might be some historical value to the Old Testament will not even consider the importance of Abraham. 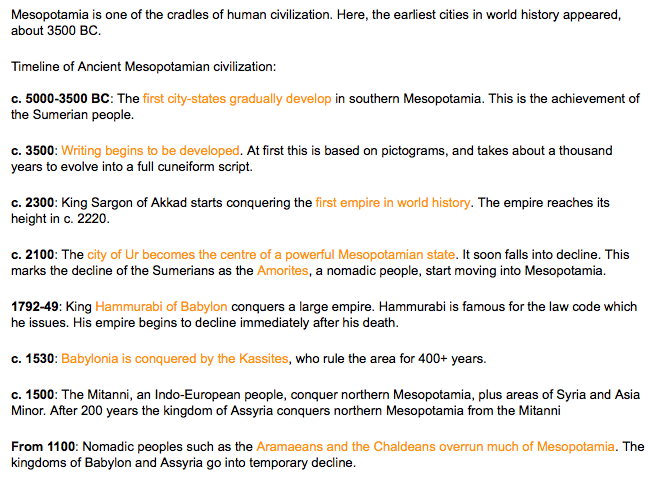 We cannot expect sensibilities out of people when those sensibilities did not exist.  “…1792-49: King Hammurabi of Babylon conquers a large empire. Hammurabi is famous for the law code which he issues. His empire begins to decline immediately after his death….”  The first basic laws of humanity had not even been written during the life-time of Abraham, Isaac, and Jacob. We cannot even reference these laws when discussing their lives.

These laws DID NOT EXIST before 1700.  How can men and women be expected to exist within the parameters of laws, rules, literature, culture that did not exist during their life-time?  The bottom line is they cannot.   The cultural behavior of David and of Solomon would be entirely different.  David was born about 400 years after Moses.  We cannot even delve into the ancient Greeks, who were just emerging as a civilization. Much of what we know, as far as literature and culture, in the western world, basically begins with the Greeks. But, we can bring in the Minoan Civilization, which was contemporary with Abraham.  BUT – because their language has yet to be deciphered, we only know what we can glean from archaeology – their palaces and art.  We know the impact of their traders, their civilization was great.  But, we can’t read what they wrote.