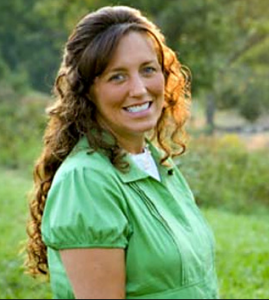 This is the third of what will be at least fifteen parts.  It will serve as part of a book I am writing on the subject.  In many ways, I’m organizing the posts to help me organize how I plan to put the book together.  Numerous subjects, from modesty, purity, submission, racism, politics, child abuse, and the basic ATI cult will be covered.

I have a friend who lives in the same neighborhood as some ultra right, ATI religious conservative types.  If I did no know her, and did not know about the movement, and what is going on, I’d swear she’s lying.  No family could be so insular, ignoring education (they home school) or live so strangely.  The problem is, thought, that their behavior is not abnormal for ATI based home-schoolers.  The Duggars are dedicated ATI types, now having a very difficult time dealing with the fact that godly Bill Gothard, their cult leader, has been forced to take his 90,000 mailing list of ministers who get his weekly brainwashing dribble, and slither off into alleged retirement.  (Gothard’s fall from grace will be covered in a later post.)

My sister homeschooled my nieces and nephew.  She began during the early days of the movement, where it was just becoming a cult.  Her homeschooling was based on education, not religious and social indoctrination.  Consequently, she has turned out three very well educated young adults.  My oldest niece, Rachel ‘finished’ doing homeschooling.  She was in junior college by the time she was 16.  She is a graduate from Rhodes University, where she basically majored in international relations.  She’s now working for her mother, helping her manage one of her three restaurants.  She is also the mother to Cutie Catie.  Dustin and Laura each opted to go on to high school, going to private Catholic schools.  Dustin is now an EMT and Laura recently graduated from FIT in New York. Education came first, with my sister turning it into almost a game.  They studied French in Paris!  They studied Jefferson at Monticello, and space at KSC.

When my friend told me about her neighbors, I thought she was exaggerating.  Then, I discovered what was going on in her neighborhood was the norm.  The way my sister had taught her tree was not.  I began researching the subject, discovering that the average kid who is being homeschooled in this country today is being subjected to a sub-standard education, with their educational materials being based on the new defunct Vision Forum which is based on Bill Gothard’s ATI, which is an off-shoot of R. J. Rushdoony’s Christian Reconstruction.

ATI is a cult.  It was created by Bill Gothard, a now 79-year-old pervert who never married, allegedly never did much of anything but play footsie, crop a feel, and harass young women who worked for him.  His vision of womanhood included purity, submission, thinness to the point of anorexia, modesty, and fake long curly hair.  The isolation of children who were forced to live via ATI has led to abuse, pedophilia, molestation, incest, and physical abuse along with spiritual abuse.  The spiritual abuse is such that quite often, ‘graduates’ of the system desert Christianity all-together, opting to be atheists.   Gothard directly influenced the deadly abusive discipline of Michael & Debi Pearl, and the insanity of Nancy Campbell and her demands of submissive womanhood.  While the Duggars are the happy-clappy poster children for the system, children have died in the cult.

Christian Reconstructionism is all about the take-over of the United States, turning it into a theocracy, governed by anointed ‘godly’ men who will rule in God’s name.  Democracy is heresy.  It is a multi-generational plan.  One of the ways they are doing this is by taking over education in this country.  As we will see in the final parts of this series, there is a Koch in the wood-pile.  It is as much political, promoting libertarian philosophies as it is religious.  Public education must be eliminated.  An ignorant population is an easily manipulated population.  Science must be corrupted into religious ignorance.  The Constitution must be corrupted.  History must literally be re-written so that godly Christian Americans won’t realize that this nation was not founded because of religious freedom.  (The quote is featured after this one.)

“…This quote is from a 1982 Christian Reconstructionist publication, quoted at length in my article, “Theocratic Libertarianism: Quotes from Gary North, Ludwig von Mises Institute Scholar.” Like his father-in-law and founder of modern Christian Reconstructionism – Rousas J. Rushdoony – North teaches “Biblical Economics” and blends extreme free market economics with Christian Dominionism, or the belief that Christians must take control over society and government. Both North and Thomas Woods are affiliated with the Ludwig von Mises Institute, the flagship of the Austrian School of Economics….”

One of the ways things are changing is that Ron Paul is working with Gary North (Scary Gary) to develop a new homeschooling curriculum that is based on Christian Reconstruction, racism, theocracy, and the submission of women.  Gary North is the son-in-law of Rushdoony.  He advocates that children who do not obey their parents be stoned to death.  North, who is the genius behind Ron Paul’s rise to political dominance once wrote:

“…”So let us be blunt about it: we must use the doctrine of religious liberty to gain independence for Christian schools until we train up a generation of people who know that there is no religious neutrality, no neutral law, no neutral education, and no neutral civil government. Then they will get busy constructing a Bible-based social, political, and religious order which finally denies the religious liberty of the enemies of God. Murder, abortion, and pornography will be illegal. God’s law will be enforced. It will take time. A minority religion cannot do this. Theocracy must flow from the heart of a majority of citizens, just as compulsory education came only after most people had their children in schools of some sort.”…”

One of the problems is the homeschooling lobby.  With them, it is not about education, but the absolute ownership of children by their fathers.  Mothers don’t count.  Because ATI is patriarchal, this is about ownership.  Fathers are the absolute masters of their wives and children.  The only thing separating their families from horrific abuse is the fear of punishment by the feds.  Of course, they want to basically eliminate this, also.

“…The mentality advanced by HSLDA and the homeschool lobby is one of unquestioned dominion of parents over children. It is the mentality expressed by Rosanna Ward (“the government [has] no right to hold me accountable”), Matt Walsh (“we [should] have the unquestioned and absolute right to teach and raise our own children”), and HSLDA’s Scott Woodruff (“a child’s right to an education is held by his parents as custodian until he attains majority”). It is the mentality spoken of with no apologies by Doug Phillips and Kevin Swanson at the 2009 Men’s Leadership Summit (“the core problem with Child Protective Services is its existence”), where HSLDA’s Chris Klicka and NHERI’s Brian Ray also spoke….”

Along this line, as part of the unholy alliance with Ron Paul and Gary North is Mary Pride.  Not only might she be the most dangerous women in America when it comes to the elimination of our freedom and democracy, but she is one of the leading lights of homeschooling and the tea parties.  She once wrote:

“...Like our sons, our daughters are called to serve the Lord, their future families, and the larger community-not just Dad or the home business. This may require college, or it may not. It depends. It’s possible to educate yourself in all sorts of humanities with just a library card. And online degrees are extensively available in areas such as business and computer programming. On the other hand, my oldest daughter studied humanities at a Christian college. My second oldest is earning three science degrees at a secular college. The three youngest are all pursuing nursing degrees-that’s only possible on campus. I’d love to either have them all married to great guys, or have them home forever. But that’s not my choice (or their dad’s choice). God is my daughters’ Father and their Husband. He is the One they must serve all their lives. We can’t take His place, and we shouldn’t try….”

There is so much wrong with this paragraph it is terrifying.  God is NOT a woman’s husband. He is our Heavenly Father.  This is the real problem with what is going on via Christian Reconstructionism.  They don’t give a damn about theology.  They don’t care about Christ or Christianity.  It is all a political game to them.  As far as education, forget about it.