PART III: Hobby Lobby’s Case Is NOT About Religious Liberty 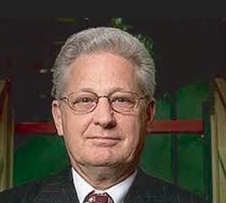 The immortal Aretha said it best.  Respect.  It is the one quality a highly successful narcissist like David Green does not have for women.  It is rather obvious he does not have it for minorities or people who aren’t Christians.  He certainly doesn’t give a damn if people who aren’t Christians patronize his business or not.  He can also be accused of being anti-Semitic.  Men like David Green, for the most part, don’t respect women.  They really don’t respect anyone but people who have the same narcissistic tendencies as they do.  You’ll also find that people like this, who make their billions are often considered psychopaths:  Charles & David Koch, Mitt Romney, Bernie Madoff, Charles Munger, Steve Jobs, Ayn Rand, Tom Perkins, and so forth and so on have many of the same characteristics as psychopaths.  In fact, there are more CEOs like Green who are psychopaths than any other job.

Rob Kall, in a review of the movie Monuments Men wrote:

“…That got me thinking about the billionaires and multi-millionaires who are actively attempting to destroy middle class American culture and break the backs of American workers- the Koch brothers, Sam Zell (bought Chicago Tribune and LA Times,) Tom Perkins of HP and Kleiner Perkins venture capital, , John Schnatter of Papa Johns Pizza, the Walton Family, the Richard Mellon-Scaifes of the world”.

These people are not just wealthy. They are parasites who exploit workers, who are the biggest welfare hogs, using and taking advantage of the government, the commons and the middle class. They are the generals in the class war- a war that they and their ilk started and have been ginning up. They are enemy generals. Their spending, which I would estimate runs in the billions of dollars, more if you include the welfare and parasitization they engage in, is used to destroy lives, and it actually kills people, or kills their hopes and dreams. They are indeed far worse than billionaire Tom Perkins whined when he spoke of comparing the wealthy to the Jewish victims of Kristallnacht…..

Billionaires are predators who step on, step over and remorselessly destroy, harm or even kill people to reach their goals- usually to win and dominate. And these people don’t become billionaires or successes alone. They corrupt and buy (infect) many people- politicians, regulators, judges along the  blood way to get to the top. Just as generals in wars make decisions to spend the lives of troops, billionaires and CEOs consider the costs of people who are sickened by pollution or who die because they didn’t have access to healthcare to be an acceptable part of doing business. And don’t dare try to tell me that everyone can go to the emergency room. If that’s what you are thinking, crawl back under your rock, like a good insect.

People like this are obsessed with power.  People like Green are obsessed with the trappings of power, of getting his own way, no matter what. He doesn’t care about the people who make his products.  He doesn’t even care about Matthew 25: 31-46, which is basically saying that, if you don’t help those who are the least in the world, then you aren’t serving the Lord.  Well, I think that says a heck of a lot about this man, this holier than thou, let everyone see just how religious you are, but treats the very least of them – the Chinese slave labor making his product – well he doesn’t give a damn about them.

It is also about respect.  “…Respect is a positive feeling of esteem or deference for a person or other entity, and also specific actions and conduct representative of that esteem. Respect can be a specific feeling of regard for the actual qualities of the one respected….”

Respect is something men like David Green, do not bother showing to women.  In Arizona, a Baptist minister named Steven Anderson will not allow a woman to open her mouth during church service, except to sing.  They can’t even say ‘amen’.  Men like this say that is what is in the Bible, but they aren’t quite telling the whole truth. Ministers like Mark Driscoll treat women like dirt. They get their dislike of women from St. Augustine, who did not get what he believed from the Bible, but from Plato. John Calvin took his hatred of women from St. Augustine.

When you are a man like David Green, and are so ‘devout’, you develop this almost pathological dislike of women. There are a few things that women are good for, and that’s about it.  They are so petty, so little, and so insignificant in their narcissism, they must treat women like dirt.  Ergo – forget about contraceptives.  It isn’t because it violates his version of religion. It is about power.  They work for him. He has the ultimate power over their lives.  They are the little people. He is their boss.

This leaks into real life in so many nasty ways.  In the state of Kansas there is such a pathetic hatred of women that Republicans want to force doctors to report all miscarriages to the state health department.  The worst part is that the bill is proposed by a woman.  Mary Pilcher-Cook.  In Alaska, the Senate finance co-chair Pete Kelly thinks that women don’t need free contraceptives, but he does want all women to be forced to take a pregnancy test before drinking alcohol. You see, people on birth control don’t act responsibly.

To take it a step farther, there are some Southern Baptists, David Green is a Baptist, who feels that male headship is Biblical.  In an article in the Council on Biblical Manhood and Womanhood, he spews forth his hatred of women who dare be feminists. 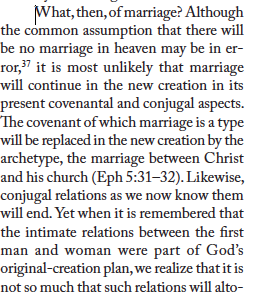 In many ways, he transforms heaven into hell, for many of us.  First, if we aren’t married, in this world, then we’re doomed to be single throughout eternity, watching godly men and their godly wives.  Life is tough enough in this world when you’re single.  Why doom those of us who aren’t married to an eternity of being alone?  That’s not heaven.   In fact, if you read through the journal, there is a visceral dislike of women who are single and consider themselves to be feminists. It is in the worship of the man, the image of God the Father, the head of the household, that pathetic little men have an expression of power.

What is even more alarming is the fact that, in order to create their brave new world, Christ must now be submissive.  In a review of a book by Kirstin Johnson, the following was written:

What the godly man is referring to is the heresy of Arianism.  Contrary to what he suggests, that this heresy has been in place for 1700 years, this is an outright lie.

“…Arianism is defined as those teachings attributed to Arius, supported by the Council of Rimini, which are in opposition to the post-Nicaean Trinitarian Christological doctrine, as determined by the first two Ecumenical Councils and currently maintained by the Roman Catholic Church, the Eastern Orthodox Church, the Oriental Orthodox Churches, the Assyrian Church of the East, all Reformation-founded Protestant churches (Lutheran, Reformed/Presbyterian, and Anglican), and a large majority of groups founded after the Reformation and calling themselves Protestant (such as Methodist, Baptist, most Pentecostals). Modern groups which may be seen as espousing some of the principles of Arianism include Unitarians, Oneness Pentecostals, Members Church of God International, the Church of Jesus Christ of Latter-day Saints, Jehovah’s Witnesses, Iglesia ni Cristo and Branhamism, though the origins of their beliefs are not necessarily attributed to the teachings of Arius. “Arianism” is also often used to refer to other nontrinitarian theological systems of the 4th century, which regarded Jesus Christ—the Son of God, the Logos—as either a created being (as in Arianism proper and Anomoeanism), or as neither uncreated nor created in the sense other beings are created (as in Semi-Arianism)….”

This is what has happened to the Southern Baptist Convention.  This is now the so-called Christian religion David Green wants to shove down the throats of the American people.  It is heresy.  It is fake. It is an out and out lie.  He is a narcissistic sociopath who doesn’t give a rip about anyone but himself.  It can be summed up in that one little word: R-E-S-P-E-C-T.

I am using the clip from the Blues Brothers for a specific reason. They were on a mission from God.  Somehow I just don’t think David Green is.