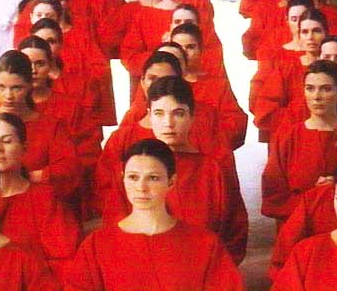 Girls are to be married off when they are young, so they won’t sin. There’s nothing wrong with a girl who is 15 being given in marriage to a Godly man, who can tell her what to do, and control her life, to keep her from sinning.

The far right has a tendency to look upon women as the cursed, the temptress, the creatures who led man astray, yet, in Genesis, woman is viewed, not as a curse, but as a blessing. Because of woman, Christ will be born!

“…In verse 15 the LORD speaks of “the seed of the woman” who will bruise the serpent’s head. He will crush the oppressor and reverse the curse. He would strike the serpent’s head even though he himself would be struck in the process. There would be a birth – a miraculous birth. And this child would deal a costly but decisive death-blow to Satan. He would crush Satan’s head, but he’d be injured in the process. Here the Christ-child is promised. And this changes everything. Even in the midst of terrible judgement Adam knows that the LORD is not finally against us, but for us… and soon to be with us.

Therefore, now when Adam looks at the woman he doesn’t see “this woman you put here.” He sees ‘Eve’, the mother of all the living. She would be the source of blessing not curse. From her would come the Seed who would put to rights what they had done wrong. Because of Christ, Adam saw through to life when all around him was death….”

The Far Right likes to cry crocodile tears and wring their hands when they talk about liberal social engineering, but let’s face it, they may be worse than the left when it comes to social engineering. The latest messaging from the far right is getting to be a little bit sick. We’re starting to see it being pushed on FOX, by people like Rand Paul, and various Republicans who once were basically mainstream.

“…The Senator also told the luncheon audience that being “married with kids versus unmarried with kids is the difference between living in poverty and not” and that the government “should sell that message.” While it’s true that the poverty rate is far higher for single parents than for married couples, that doesn’t necessarily mean that getting married is the answer. It can leave low-income women more unstable and worse off financially. What they really need is better access to contraception to avoid unwanted pregnancies and a much stronger social safety net to help them raise the children they do have. While Paul agrees with the Supreme Court decision that reversed bans on contraception, he voted in favor of the Blunt Amendment that would allow employers to deny their workers access to contraception through health insurance due to a moral objection….”

On FOX the other day, Martha MacCallum, one of their blond news readers said that women did not want special laws to guarantee that they received equal pay. Why? Well, apparently women are being paid exactly what they are worth. Yep – exactly what they’re worth.

In other words, this SOB father, this Godly father, decided his daughter, who was talented, could not go to college. She was to be trained to wait on a man, be abused, by him, and to have millions of kids, to live out her life as a slave to both her father and her husband. Oh, there was another reason, the cheap jerk could educate her for a tenth of what it would cost to go to a school where her talents could be trained. The father is John Thompson, director of family Shepherd Ministries.

* WHAT YOU NEED TO KNOW: This quote comes from a blog called Girl Talk, by the wife and daughters of disgraced extreme right, Christian Reconstructionist, and patriarchal minister, C. J. Mahaney. Mahaney basically covered up years of pedophilia within his ministry. Caroline Mahaney is one of the leading advocates of Biblical Womanhood – basically forcing women to be submissive servants of their Godly husbands. This is the view that literally permeates the GOP, to the point where even my Congressman, Steve Pearce, said that woman should voluntarily submit to their husbands. 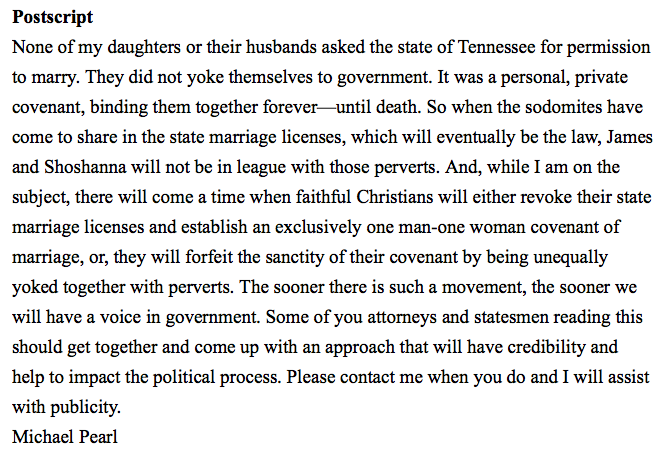 Jonathan Lindvall doesn’t think his daughter should learn get her driver’s license until her husband approves. She should not serve on jury duty, either. She shouldn’t be a person. If she isn’t a person, she can’t testify when it comes to abuse, right? Another young woman, Sarah Schlissel wrote something that should explain everything. According to Michael Pearl, a woman shouldn’t even have a marriage license.

“…God has made explicit his will that parents, as the immediate generative source of individuals, are to be revered for that very fact, and the rights of parents are to be honored, by children and society…. As strange as it may sound, in the peculiar relationship of the father and daughter, God, as it were, takes a back seat. God has created a hierarchy such that the daughter is directly answerable to her father, and her father then answers to God…”

Before we go any farther, it needs to be noted that young men are almost controlled the same way in patriarchal Dominionist theology. Like Ohlman, and Lindvall, they do not believe in courtship or dating. God will tell His Godly fathers who should marry.

“… God in the back seat? How does a jealous God feel being relegated to the back seat of a woman’s life? That doesn’t seem to come into the question. I am reminded of the time I tried to encourage a twenty-two year old man named Steve to seek a closer walk with Jesus. Steve brushed all my words aside saying, “That’s up to Daddy. Talk to him about it because he’s in charge of that part of my life.” As I later found out, Steve had heard a woman share her testimony about her relationship with Jesus and realized that something was missing from his life. When Steve told his father about this, the father responded by telling him to stop thinking about that sort of thing. Furthermore, he encouraged Steve to give him total control over that part of his life. He would serve as a sort of mediator between Steve and God. “That way you will not have to worry”, said Steve’s father, “because you can just relax in the knowledge that if there is anything you need do or know concerning Jesus, I’ll tell you.” That father was one of the leaders in the courtship movement….”

Strangely enough, people like Lindvall think that it is sinful for sons and daughters to have opinions that differ from their father (and to a lessor extent, their mother). The entire movement is about wringing all individuality out of a person, teaching them that they are to be almost automated zombies for God. They aren’t taught to think for themselves nor allowed to question authority or theology. The idea is to follow the patriarch, who speaks for God. Following the father is more important than following Christ! 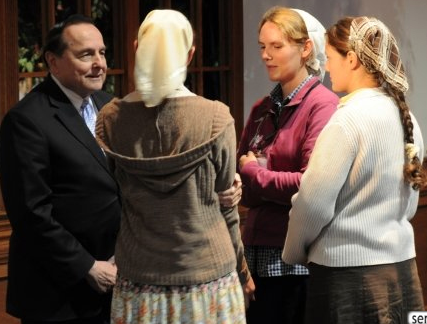 How close are we to something as frightening as The Handmaid’s Tale coming true?  Bill Gothard, the sexually harassing godfather of ATI, homeschooling, submissive women, and abuse has a specific dress code, for everyone.  This is how he wants young women dressing.

Once upon a time, The Handmaid’s Tale was considered science fiction. Today, it is a terrifying look into our future. It is not an America where I care to live.