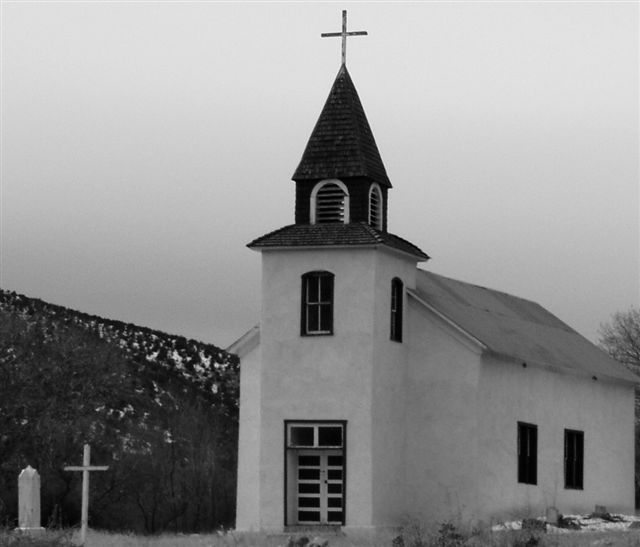 By the year 2000 his perversions and the Rushdoony heresy beginning to infect the Southern Baptist Convention. I joined the SBC around 1970, when my sister and I left the local Presbyterian church and went – where the boys were. If the church had been ruled by today’s standards, I never would have joined. I found an article written by Russell Dilday, who was the minister at the Second Ponce de Leon Baptist Church, when my sister and I were members. Because I know what his theology was, I can go by what he wrote, in the Baptist Standard, April 30, 2001: An Analysis of the Baptist Faith and Message 2000.

“…III. Troubling Factors in the 2000 Revision Negative concerns about BFM2000 seem to cluster around twelve issues: 1. The deletion of the Christocentric criterion for interpretation of Scripture. 2. The diminishing of the doctrines of soul competency and the priesthood of the believer. 3. The trend toward creedalism. 4. The diminishing of the doctrine of autonomy and freedom of the local church under the leadership of the Holy Spirit. 5. The trend toward Calvinism and mistrust of personal Christian experience. 6. The trend shifting Baptist identity from its Anabaptist, free church tradition to a reformed evangelical identity. 7. The narrow interpretation of the role of women in marriage. 8. The narrow interpretation of the role of women in the church. 9. The “Pandora’s box” concern – a fear of repeated future revisions to include favorite opinions. 10. The trend toward including a catalogue of specific sins. 11. The false accusation of neo-orthodoxy. 12. Inconsistency….”

He also expressed exactly what I’ve noted here. It also exposes the problems we see with the petty individuals who don’t comprehend what Christianity is.

“…This seems to many to be a serious rejection of a very important hermeneutical principle. Baptists (and most evangelicals) have valued what is called the theological principal of Biblical interpretation. This principle teaches that the Bible is a book of faith, not just history or philosophy. Therefore, the Bible cannot be fully understood from the outside by grammar, logic, rhetoric, and history alone. It must be understood from its center – Jesus Christ. This Biblical center yields itself best to those who have a personal relationship with God through Jesus Christ and who are indwelt by the Spirit of God. Because of this personal relationship with Jesus, the believer knows personally the author of Scripture and has the promise of illumination from the indwelling Christ…”

In other words, as I have repeatedly noted, they have basically removed Christ from the center of their faith. It is no longer about a personal relationship with Christ, but something else. He then goes on to shred Albert Mohler, who is now the leading voice of this strange new Baptist faith.

“…“Soul competency” is the view that individual Christians may go directly to God through Christ without any other mediator. “The priesthood of the believer” is the view that through Christ each believer is a priest – both clergy and laity – responsible to God for interpreting and following the Bible and for interceding on behalf others. Both E.Y. Mullins and Herschel Hobbs called soul competency Baptists’ most distinctive doctrine.

But seminary President Al Mohler, a major voice, if not the primary composer, on the revision committee, has recently raised concerns about the historic Baptist convictions called “soul competency” and “priesthood of the believer” – especially as they were espoused by previous president of Southern Seminary, E.Y. Mullins.

In his Founder’s Day address at the seminary, March 30, 2000, Mohler said that Mullin’s emphasis on soul competency has “infected” the SBC with an “autonomous individualism” that undermines Biblical authority to this day. He blames Mullins for steering the SBC off course by making personal Christian experience more important than Biblical authority. He warned that soul competency “serves as an acid dissolving religious authority, congregationalism, confessionalism, and mutual theological accountability” (Southern Seminary Magazine, June, 2000)….”

Dr. Dilday was right on in seeing the disaster Molher has created, not only for the SBC, but for Christianity has a whole. He also completely debunks Mohler’s Calvinism. In other words, like I’ve said, a little Calvinism is okay, but hard-core Calvinism denies the whole salvation experience. This is also the thread that is throughout Christian Reconstructionism. It is Calvinism. In their world, John 3:16 has no place.

The SBC I knew was all about the personal relationship one had with Christ. As I noted above, today’s follower of this brave new heresy basically doesn’t have a personal relationship with Christ. There is nothing about the individual relationship with Christ, but some esoteric corporate entity where their God is distant, preordained, and ignores personal conversion. If one is not of the elect, then no matter how much they believe, they’re not going to spend eternity with Christ. Yet, if they are of the elect, even if they are a Hitler or a Charles Mansion, they’re saved. Sorry, this isn’t what I believe. In 1998, the SBC limited the role of women, making them submissive to their husbands. This was not a part of the SBC way, until then.

In 2006, David Flick wrote an article about the people who have truly screwed up the SBC. Strangely enough, this is basically a who’s who of so-called Christians who have basically corrupted faith in this country. What is fascinating:

“...1998 Baptist Faith and Message Revision Committee – The committee, chaired by Anthony Jordan of Oklahoma, gave Article XVIII (the Submissive Women Article) to Southern Baptists. The article declares that women are to be totally submitted to their husbands in family and church life. Men are to be superior to women in both the church and home. The article declares that men hold the superior position in family life and women hold the inferior position. It puts women in a second-class role in both family and church life. This revision was the major step toward a more radical revision, one that came in June of 2000. Committee members were: Chairman Anthony Jordan, Bill Elliff; Richard Land; Mary Mohler, Dorothy Patterson, Damon Shook, John Sullivan,…”

Well… when you start digging you start finding manure. Bill Elliff, who helped promote the submission of women was involved in another little nasty incident.

“…Pastor Bill Elliff of the Arkansas-based The Summit Church and the Religious Right group OneCry appeared on AFA Today with host Buster Wilson this week where he explained that the September 11 attacks and the elementary shooting in Newtown, Connecticut were “gracious” acts of divine punishment. He said that God allowed the two tragedies to occur because of “our humanistic pride” and secular government in order to “bring us to our senses and bring us back to him.” -…”

Richard Land is, as far as I’m concerned, a horror, anti-gay, anti-woman, who has a version of Christianity that is more in keeping with R. J. Rushdoony than mine. He thinks that single selfish moms should always put their children up for adoption. For this alone, I’d like to be a little violent and paste him in the nose. As far as I’m concerned, this is pure evil.

“…Keeping the baby is almost never preferable to allowing a baby to be adopted into a solid, faithful Christian home. A single mother who keeps her baby is quite often denying that baby the father that God wants for that baby, and every baby, to have. Furthermore, in most circumstances, keeping the baby circumscribes and forecloses both the mother’s and the baby’s economic futures in tragic and unfortunate ways.

If the mother is doing what is best for her baby (one of the defining marks of maternal love), she will part with her baby so that it will have the future God intended for him or her to have. The Old Testament story of the two harlots who both had babies and one died in the night comes to mind (1Kings 3). Both women claimed the surviving baby was their child and wanted the king to give the baby to them. King Solomon decided to have the baby divided in two and each be given half. Immediately, the real mother told the king to give the baby to the other woman in order to save the child’s life. In other words, she was thinking of the child’s best interest, not her own….”

I know of three little girls who have been born to single mothers. They have very good mothers, excellent grandparents, and are in church on a regular basis. Not having those three little girls, having put them up for adoption would leave gaping holes in not only one family, but two. To call the mothers of these little girls – whores – is pure evil, pure dripping evil and pure ignorance. Land is tight with the Family Research Council, Ted Cruz, the tea parties, and that sort of thing.

Mary Mohler is modest. She believes in Biblical Womanhood. She says that Christian women have an obligation to dress modestly. She’s also submissive, and godly.

“…Yes, the gender issue matters. Yes, it goes beyond being a peripheral issue because it is anchored to the primary issue of Biblical authority. How heartening it is that as evangelicals, we can join ranks in this pivotal debate and let the chips fall where they may! The more our families are seen as happy and holy places where submission and sacrificial love actually work; the more our churches reflect the amazing phenomenon of men and women joyfully working together based on God’s design; the more the world will wonder. However, we realize that the beautiful picture of Christ and His church in our homes and our churches will draw men and women to Himself….”

Dorothy Patterson is a professor of theology in women’s studies at the Southwestern Baptist Theological Seminary. She considers herself the First Lady of the seminary. She concentrates on the role of women in the Bible, and women’s studies, hospitality ministries and being a godly wife. Have you noticed that these women can’t bother writing about things other than women’s issues. She’s a member of the Council of Biblical Manhood and Womanhood. She’s listed first as a homemaker, then a profession. The few women on the ‘council’ are listed as homemakers first and professionals second. That should say it all – their real worth is in the home. John Piper, who has no problem advocating the abuse of women, and children, who thinks that a woman who is immodestly dressed is asking for rape is also a part of the group.