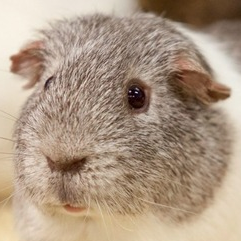 UPDATE:  If I sound a little snarky about this one, I am.  I’ve been blogging for nearly 10 years.  For the 1st time I’ve had a complaint about a screen shot.  I have deleted 2 screen shots, and all links to the original source.  Sorry about that.  It happens.  I can’t believe in October, The Pink Flamingo will be starting its 10th year!

ORIGINAL POST: What does Randy the guinea pig have in common with the men of ATI, patriarchy, and Christian Reconstruction?

Thanks to No Longer Quivering, the pieces of what modesty is doing to the culture in general, and the perversions of Bill Gothard are finally fitting into the Christian Reconstruction puzzle. Supposedly the piece is a letter from a father to his daughters. It is sick, disgusting, and basically incestuous. No NORMAL father would even begin to discuss this with his daughters.

According to his web site, Blignaut and his wife are missionaries in South Africa. Can you imagine having such blather being taught, to innocent people who are searching for Christ?

“...So many brothers have communicated that it is such a blessing for them to be among their sisters in the faith and they do not have to struggle with their thoughts as to what they see. And all the faculties of their minds can be on the Lord’s things not having to be in battle being consistently reminded by the devil of the beauty of the female body. This should not be so for the brothers among the sisters wherever they meet. Why would we be used of the devil like fiery darts that the devil can shoot at our brothers to destroy them with the deadly poison of lust? Something that our bodies as women can easily produce when we are not properly clothed. It is enough that the brothers battle in the world. Why should we allow their battles to continue when they are in the midst of the body of Christ. The question comes up whether a woman that makes her brothers struggle is even part of the body of Christ since the devil managed to use you to take their purity away. And you are not giving them a place of rest and peace as a sister in the faith should…”

“…What should a woman do with clothes that are in her closet that she suspects might cause men to stumble? You can’t give it away. Giving it away will cause others to do things that you are convicted is wrong. If you throw it away someone might pull it out again. The best thing to do is burn it. Gather it, make a fire and burn it. ASAP! About some things you may even feel sad and really sorry to get rid of it because you really liked it in the way it fit or looked. But if you should ignore the voice of the Holy Spirit you will quench Him. If you are in a process of growing in obedience to his voice. Obey His call towards being changed into the image of Christ and do not resist Him. Having His approval is far better than having the approval of the world. It may be a very lonely walk for some if you don’t have like minded people around you. But if you are faithful and continue being faithful you will gather around yourself a group of people who are like minded towards the Lord. And how awesome that will be! May the Lord who saved you make your pursuit of Him sweet and fruitful!…”

(NOTE:  I have removed a screen shot from another site after a complaint by the owner of the site.  I wanted to note that this is the first time I’ve ever had a screen shot complaint.)

“...Be very sure that your choice of footwear, watches, purses, et. Are not to draw attention to you. These things make statements about who you are. If you think you have to have matching and color coordinated accessories, or have to have a different pair for each occasion, rest assured it is not something that was prompted by the Holy Spirit, or a meek and quiet one in you.

High heeled shoes do two things for a woman: push out her breasts and make her hips stick out. Is it any wonder women use then? What had we said about these parts anyway? A Christian woman will avoid high heels at all cost.

The spirit of 1 Peter 3:4 will eliminate all such things as makeup, dies, and nail polish. Also the amount and kind of perfumes. Now, do not misunderstand me. I am not banning perfumes. They are very necessary for a lot of us to cut down body odors. But an excess of perfume especially certain types of perfume, many times stimulates sensuality. Why would a modest and tempered woman use an excess of perfume? Is it not to be noticed, or to make a statement?

There is a direct relation between immodest dress and sexual immorality. What women often do not realize is that rape victims many times do have something to do with the rape. On the other hand, there are plenty of men out there who will imagine what they cannot even see. That is their problem. Just make sure you are not triggering it.

Not all men are created equal. Something that might trigger one man might not arouse another. You do not know what that might be. Therefore, keep that feminine beauty covered. In I Peter 3:1-6 we find that the Christian woman should not stress the outward beauty, rather the inner beauty. If you exhibit the outer beauty, few men will even try, or be able to, look for the inner beauty. And the type of men you will attract who will be interested in you will be the lower type. Real godly men specifically look for women that will give good attributes to their children.

Are you afraid of men by now? You should not have to be if you follow the spirit of these guidelines, remain open to the promptings of the Holy Spirit, communicate with us and other mature people about this, keep a meek and quiet spirit, and associate with the proper men. If you do this you will gain the respect of all men and also be a delight to Christian men who will be very thankful for a safe haven for their eyes. And God will be glorified….”

As we have stated, previously, today’s modesty culture began with Bill Gothard, pervert. It was spread by Doug Phillips, accused sexual offender, and picked by up by godly men, everywhere such as Jonathan Lindvall, and so forth and so on. As I’ve been saying, the entire movement is going more and more toward Mormonism.

“...LDS modesty discourse contributes to the objectification of women. An LDS modesty discourse that treated women as subjects and not objects would focus primarily on the impact that modesty and immodesty has on the woman herself, just like our discussion of every single other commandment focuses on the impact that (not) following that commandment has on the person him/her-self….”

Godly men feel that any form of movement of breasts are not all that good – for them.  They basically want to censor anything a woman does that might hint at breasts, tush, crotch, eyes, mouth, hair, basically anything that refers to them as a woman.  They might be filled with evil lust, and not realize that they are not Randy the Guinea Pig, but fully evolved human males with the ability to control those urges – which, BTW, are quite normal.

It is called a rape culture.  This brings full circle to Randy the little horndog guinea pig from Hatton County Word Animal Park in Warwickshire.  Seems the little guy managed to break out of the all male compound, lured by the lusty female only harem, where nubile young guinea piglets flaunted their bodies at him.  Unable to control himself, over the course of about a month, he literally impregnated every single female, over 100 of them.  He’s now stuck paying child support for 400 off-spring.

Just like the Gothard universe, evidently Randy’s Women, all 100 of him, looked attractive to him.  Because he was attracted to them, it was a come and get it promise for him to have sex, rutting, dirty, sweaty animal sex.  And – just like the godly men of Gothard’s perverted universe, just being attracted to those cute little young things was enough to turn him into a lustful little guy.  He was unable to walk away from their allure.

The difference between the real world, Randy’s World, and Bill Gothard’s ATI Universe is that normal adult males of the human species are programmed with a brain, that allows them to comprehend that they are different from the Randys and the godly Christian men of the world. They are sensible enough to know just because a woman inhabits the known universe, you aren’t all that and just looking at you, walking past you, or flaunting her boobs to a bunch of boobs is not an invitation for a little afternoon delight.

This is dedicated Randy the Guinea Pig.

Yes, there’s a difference between being a very busy little Randy and a human male who has a brain.  The problem is the fact that, thanks to Christian Reconstruction, the human, patriarchal male – that godly male, thinks he’s as hot as Randy the Guinea Pig, and that every woman who even re-arranges her burka has the hots for him.  I don’t know which is the worse, the fact that the godly Christian male has now been delegated to the animal world, incapable of comprehending the difference between rutting lust and the fact that they are out of their stupid godly minds.

You see, evidently, once a man becomes godly, he thinks he becomes God’s Gift to the women of the world.  I have news for you…there’s a reason you must demand women worship at your feet.  It may be about arrogance, but…. well, just look at a few of the leaders of the patriarchal movement.  I think a few pictures are worth a thousand words why these godly men want to force themselves on godly women. 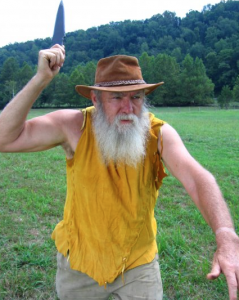 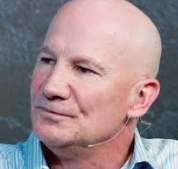 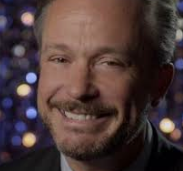 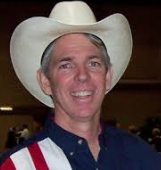 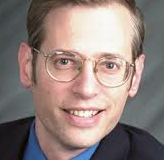 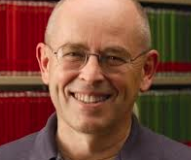 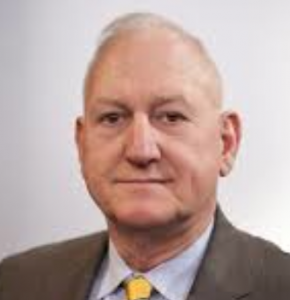 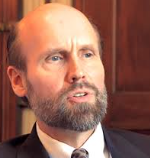 Let’s be honest here, it’s the only way (and I know that this is crudely stated) they’re gonna’ get any.

Randy the Guinea Pig is a hell of a lot more appealing than they are!

No wonder all these jerks can think about is how women are leading them astray, causing them to lust.  No normal woman would look twice at them.  They are abjectly repulsive.   Add Rush Limbaugh and Glenn Beck into the mix, and they gave a whole new dimension to the idea of remaining single!