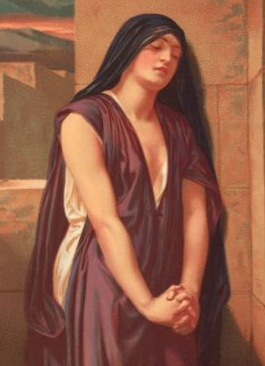 This is the second of four parts dealing with the role of patriarchy as defined by Bill Gothard, ATI, Doug Phillips, Kevin Swanson, and so forth and so on.

In the Bible, there are, according to the NRSV, something like 15 times the word ‘submit’ is used.  The word ‘patriarch‘ is used 6 times.  According to Israel Wayne, a godly patriarch will do the following things:  Now, I don’t have a real problem with this list, aside from the fact that this is a job of a father and a mother.  The other problem, though, is the fact that there is this rose-colored romanticized view of the patriarchs:  Abraham, Issac, and Jacob.  None of them were perfect.  In fact, in many ways, they were utterly useless as fathers.  They were known more for their faith and the covenants they made with God, rather than their parenting skills, which, no matter which way you study them, were abjectly dysfunctional.  They also have a tendency to grossly ignore the contributions of women in the Old and New Testament.  There’s a reason for that.  You ignore woman and you can make your case against them.

In Wayne’s favor, he does speak out strongly against putting up with abuse in a family situation.  Frankly, from what I can tell, he’s one of the few who does.  Unfortunately, he is very much against divorce. He advises a person if the must divorce, to remain single.   The comments are well worth reading.

“...Christian Patriarchy is idolatry. It is worshiping man in the place of God because it equates an individual man’s will and views to God’s will and views. God and man combine and become one, and the women are left trying to swim in a swirling cloud of authority where what is human and what is divine has become too closely related to separate and even, indeed, one and the same…”

It is also heresy.

The definition of patriarchy is autocratic rule of the father.  It is also indicative of a society where power is primarily held by men.  The concept began, it is suggested around 4000BC.  There are some scholars who say that women were excluded from the covenant God made with Abraham, but according to some scholars, the process of a woman bearing children include them in the covenant with Abraham.  The problem then is what about women who do not have children?

“…We need to look further. Scholars such as Savina Teubal argue that the world described in the Torah was preceded by a matriarchal system in which women held significant power, perhaps as priestesses. The decisive role of the matriarchs in determining the transmission of this male covenant (through Isaac and later Jacob) might be a trace from a time of greater female power (Sarah the Priestess: The First Matriarch of Genesis, 1984). Such intriguing possibilities open up different ways of understanding the Torah and our earliest history.

But regardless of its origins, Jews today understand the b’rit to include boys and girls, men and women. Numerous rituals have evolved to welcome baby girls into the covenant. Today, many Jews would not consider not having a brit bat ritual to welcome their daughter into the covenant. In some communities, a particular ritual provides the norm. In others, parents decide on the ritual, often together with the rabbi….Was Sarah part of the covenant? For centuries, Jews have looked to Sarah as the first of our foremothers, women’s tekhines (petitionary prayers) have called upon the God of Sarah, and pleaded in Sarah’s name on women’s behalf. As the covenant continues to be fulfilled by the commitment of every new generation of Jews, the impassioned voices of Jewish women bring forth Sarah’s voice in our own time, with new clarity. Today we can celebrate a rediscovered Sarah the mother of the covenant we the Jewish people share with God….” 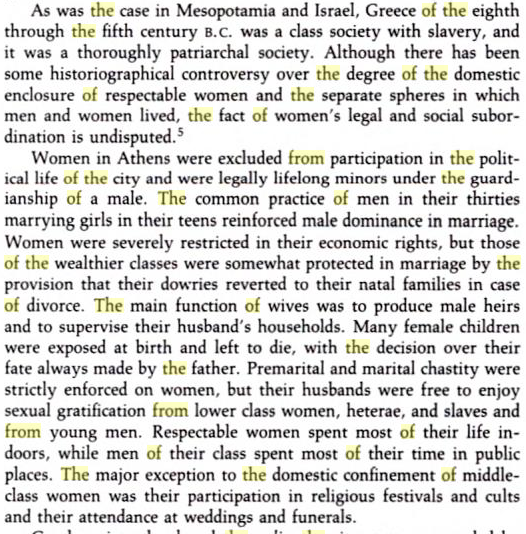 The Creation of Patriarchy

One of the very real problems with today’s so-called ‘Christian’ patriarchy is the way their ‘leaders’ have integrated Jewish tradition into the equation, ignoring the fact that Christ literally liberated women.

As we have seen with Jen’s story, Patriarchy is abusive.  It is part of a cult which has as its hallmark, total and complete control of manipulation of the women in a congregation, and in their lives. It is also very much NOT Biblical.

“…While much of what Doug Phillips teaches regarding Patriarchy sounds biblical, because of the lack of practical application, his teachings are often taken to extremes. Sometimes, men just hear his vision of men always “leading,” and they become domineering and demanding, causing undue stress on the wife. I know of one family that divorced precisely because of hearing this teaching and not understanding what it really should be. Sometimes, men will try to emulate what they see in Doug Phillips, and start requiring their families to have all the same rules as the Phillips. Unfortunately, if there are no personal convictions behind the rules, they soon become extremely oppressive and smother the family. Some men just have no clue about how to “lead” their families; they just know that it’s being constantly preached at them from the pulpit. Having come from a home without a godly leader, these men need lots of practical examples….”

Did you know that there are over 31,00 verses in the Bible, it isn’t until 1, Ephesians 5:23, that states that a man is to have headship of his wife?  But, as usual, patriarchs, the menfolk, those who detest feminism, in a world begun by R. J. Rushdoony, don’t bother with the rest of the passage which includes a few other verses comparing husbands = marriage and Christ = church.  In other, they pick and choose, then manipulate and and change.

“…Male Christian leaders have been making this point for centuries. Why aren’t women listening? Martin Luther, patron saint of the Protestant Reformation, minced no words: “If a woman grows weary and at last dies from childbearing, it matters not. Let her only die from bearing; she is there to do it.”

See Genesis 3. And 1 Timothy 2:15, which says women will be saved through childbearing. And 1 Timothy 5:13, the source of the comment about women who are idle tattlers and gossips. And 13 other Bible verses that tell us exactly what the writers thought of women. If she dies, she is there to do it. Luther had this on very good authority. …”

During the first century or so, after the death and Resurrection of Christ,

“...There is also a long, horrific history of flagrant misogyny in the Church. There are archbishops removing a woman’s name from Scripture. Clement said “every woman should be filled with shame by the thought that she is a woman.” Tertullian described women as “being built over a sewer.” St. Augustine asserted that women were not created in the image of God and that we have “no use” (except, he grudgingly acknowledges, possibly pregnancy). Even Thomas Aquinas, who Walsh quoted here, said that women are “defective and misbegotten.” John Wesley told women to be “content with insignificance” and Martin Luther… well, he said a bunch of shit, because by even Christian-theologian-patriarch standards, Luther was a misogynistic son of a bitch.

This is why the church needs feminism– because the last two thousand years of church teachings have been riddled by misogyny and sexism. Many of St. Augustine’s writings form the basis for long-held Christian orthodoxy, and he declared that half of the people on this earth do not bear the imago dei. Martin Luther, whose teachings formed the basis for Protestantism and evangelicalism, said that it’s better for women to die in childbirth than to live a long life….”

The misogyny from the he-man-woman-hater’s club did not come from the teachings of Christ.  It started leaking into the picture about a hundred or so years later, when the neo-Platonists gained the intellectual upper hand.  As we saw in Part I of the series, the Greek influence had absolutely no use at all for women.   I’m a big fan of the stories and the lives of women of the Bible.  For one thing, they have spunk!  There is nothing really submissive about any of them, not really.  We’re talking about women who had courage. Funny how today’s strange version of patriarchy would find even them unacceptable.