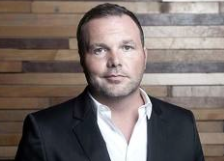 What is the difference between being part of a church that is controlling of its members and a cult? Is there a difference? Is there a difference between mind control, behavior control, and following the godly leader, preferably over a cliff? Why do people do it? Why do Christians get involved in organizations that are so contrary to the teachings of Christ? It’s nothing new. They’ve been doing it since the beginning of the faith. This is no different. Maybe that’s the problem. What is going on today is no different that a few centuries ago. We’re dealing with run-away Calvinism. It’s a scary thing. History proves as much.

The most recent development at Mars Hill Church is the fact that members are now being required to ‘quit social media’. In other words, the control is no so great, and Mark Driscoll is so disparate, people who belong to the church must agree to shut themselves off from the world.

One of the first signs of a cult is the control the leaders have over the lives of its members. When one goes back, over a period of years, it is quite obvious we’re dealing with one massive cult, with numerous branches. Control is paramount. Bill Gothard excelled at it at ATI. Mark Driscoll is a master. Rick Warren appears to have almost created the new doctrine of absolute control over the lives of members.

“…Over time, as his church grew, Driscoll became very proud and confrontational. He made a number of veiled and open threats against those he saw as insubordinate, suggested that young men who won’t marry his female parishioners deserve beatings, and produced extremely matrifocal books on marriage. Throughout it all, he deferred only to his wife, who seemed very much to be the power behind the throne….”

One of the traits of all of these churches is thou shalt not complain, question, or even express an opinion contrary to the godly leadership. Thou shalt not go online and say anything. If thou so doest, it is a sin. Unfortunately, even small churches now feel that complaining is wrong. You don’t question the godly leader, no matter what. It is so bad, if you want to be a member of a godly church, you are required to sign a godly contract, and then go through hell to leave the godly church when they treat you like hell. You should never ever disagree with the minister.

“…After patiently hearing your pastor’s explanation of what he meant, you may find that you still disagree with what he said. If this happens, what you should probably do is humbly accept that you see things differently at this point, resolve to keep your disagreement to yourself, thank God for all the ways he has used this man’s teaching in the lives of many, and cheerfully continue to submit to your pastor’s leadership and profit from his teaching.

However, in rare cases, you might find that you disagree so strongly with something your pastor teaches, or that you disagree on a matter of such consequence, that it would hinder you from contentedly submitting to his leadership. In a case like this it may be best to quietly, lovingly find another church after discussing your intent to leave with the pastor….”

The church has a right to discipline people. There are those who say the situation has become so absurd, so intrusive, and so obnoxious that it has ‘gone rogue’. For some absurd reason, there are some godly leaders who think they are the be all and end all of everything. They are not to be questioned, their authority God-given, anointed, profits from on high. It’s an ungodly power-trip, ego driven with books, blogs, churches, DVDs, speaker’s fees, expense accounts, and hot and cold running interns who have been so brainwashed by the godly patriarchy that they don’t know the difference between sexual harassment and a complement.

“…“Today, church discipline is feared as the mark of a false church, bringing to mind images of witch trials, scarlet letters, public humiliations, and damning excommunications. Does discipline itself need correction and redemption in order to be readmitted into the body of Christ?” We have asked several experts from different (and sometimes contrasting) professional and theological backgrounds to explain how church discipline fell into disrepair and how it can be revived, so that the true church can fully embody the pure doctrine of the gospel once again.”…”

According to Mark Driscoll’s Mars Hill cult, a Christian can be formally disciplined for the following offenses.

This is from the Cornerstone Church in Knoxville.

There’s a reason I’m an Episcopalian. Note the difference between the Episcopalian way and the godly way. Notice the term ‘confidence’?

“...The ministry of reconciliation, which has been committed by Christ to his Church, is exercised through the care each Christian has for others, through the common prayer of Christians assembled for public worship, and through the priesthood of Christ and his ministers declaring absolution.

The Reconciliation of a Penitent is available for all who desire it. It is not restricted to times of sickness. Confessions may be heard anytime and anywhere.

Two equivalent forms of service are provided here to meet the needs of penitents. The absolution in these services may be pronounced only by a bishop or priest. Another Christian may be asked to hear a confession, but it must be made clear to the penitent that absolution will not be pronounced; instead, a declaration of forgiveness is provided.

When a confession is heard in a church building, the confessor may sit inside the altar rails or in a place set aside to give greater privacy, and the penitent kneels nearby. If preferred, the confessor and penitent may sit face to face for a spiritual conference leading to absolution or a declaration of forgiveness.

When the penitent has confessed all serious sins troubling the conscience and has given evidence of due contrition, the priest gives such counsel and encouragement as are needed and pronounces the absolution. Before giving absolution, the priest may assign to the penitent a psalm, prayer, or hymn to be said, or something to be done, as a sign of penitence and act of thanksgiving.

This is a far cry from what goes on at Mars Hill, and other godly churches. Then again, we Episcopalians are quite ‘evil’.

You need to remember, Sovereign Grace Ministries, when it was controlled by C. J. Mahoney, covered up for a pedophile, who ruined the lives of numerous young boys. Strange, but they did not bother disciplining the pedophile, but made the lives of the families reporting the crime to the cops a living hell. Then, Mahoney lied about it. SGM is recognized as a known cult.