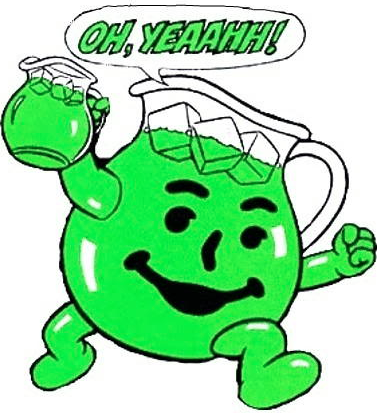 This is the final of three parts.

It is about total and complete cult-like control of all aspects of a church member’s life. C. J. Mahoney, the now disgraced former leader of Sovereign Grace Ministries, created a financial model that is spreading through-out the conservative Christian world, corrupting the entire Southern Baptist world.

“...Why would reformed leaders like Al Mohler, President of SBTS, endorse C.J. Mahaney who is not a Southern Baptist and who arguably is not a theologian? We believe one of the secrets is that Mahaney’s ministry has led the way in AUTHORITARIANISM for at least THREE DECADES. Could it be that reformed leaders are willing to endorse C.J. Mahaney and Sovereign Grace Ministries in exchange for learning how to rule their flocks by implementing SGM’s church polity?

Here’s where the lack of balance in Sovereign Grace Ministries comes into play. We have done extensive research on SGM by following two blogs that are speaking out against this “family of churches”. They are www.sgmsurvivors.com and www.sgmrefuge.com

We have read alarming testimonies written by current and former SGM members, and we have concluded that the pastors in this “family of churches” rule with an iron fist. Patriarchy is preached and practiced in these churches, and the members are extremely fearful. We have never seen such heavy-handed control exercised in a church setting. As we have been following the New Calvinists, it appears they want to implement SGM “management” techniques in their own congregations. We dare you to read a few entries on either of these anti-SGM blogs. You will be SHOCKED just as we were. We are praying fervently that the truth about SGM will be revealed to the entire world because our brothers and sisters in Christ are being victimized in this spiritually abusive system…”

There are some churches who feel, once a person has become a member, they have the right to control a person’s life.

“…1.The troubler of First Baptist Smallville needs to either reconcile with that church or join another one where he can be more content. He can’t simply resign his membership and sit on his couch on Sundays. If that’s what he intends to do, FBC Smallville’s response should be church discipline, not “See you later!”

2. Churches’ membership procedures should reflect the fact that the church, not the individual member, has authority to accept and dismiss members. A member cannot unilaterally resign. A member can submit their intention to resign to the church, and the church will either accept or reject that intention.

Different polities will work out the procedure differently, but I’d argue that Scripture gives final responsibility over the matter to the whole congregation (1 Cor. 5:4-5; 2 Cor. 2:6). This means that the church as a whole should have the final say in the matter.

3.Churches’ governing documents (constitution, by-laws) should reflect the fact that individual members do not have the unilateral right to terminate their membership. Instead, that prerogative belongs to the church. Therefore, the church has the right to refuse someone’s resignation and pursue discipline instead. It’s important to have this clearly stated in a church’s documents for both pastoral and legal reasons.

Here’s an example of the kind of language I’m talking about, from the constitution of the church I’m a member of (Third Avenue Baptist in Louisville):

“Clause 3. The church shall have authority to refuse a Member’s voluntary resignation or transfer of membership to another church, either for the purpose of proceeding with a process of church discipline, or for any other reason the church deems necessary or prudent.”

One important note: Numbers 2 and 3 in this list should probably be well established before a church attempts to resist someone’s resignation, whatever the circumstances.

4. The pastoral specifics of how churches handle individual resignations will vary. For members who have moved out of the area, I’d suggest that a baseline requirement on this front might be something like “they intend to join another evangelical church in the immediate future.”

I’m using slightly squishy language like this because churches’ membership practices vary. Some churches only take in new members once a year, for example. And some metro areas have a number of solid evangelical churches, and it might take a while for a family to settle on one. And it doesn’t always help to keep a church that’s 3,000 miles away on the line that whole time.

For members who intend to go to another church within the same metro area, the standard should probably be a little bit tighter. This will help to ensure that the member doesn’t fall through the cracks before they’re safely tucked into another sheepfold….”

There are signs that a church has a leader who is controlling.

There is a church contract that states: I will protect the unity of my church by acting with love toward other members, refusing to gossip and following the leadership. One must participate in a house group, unless you have been excused. A member is to sign on the dotted line, promising what-ever. You must attend as required. You must tithe as required. You must perform like a trained seal at the minister’s request. It is a sign of an abusive church.  (For additional information on abuse, and church discipline)