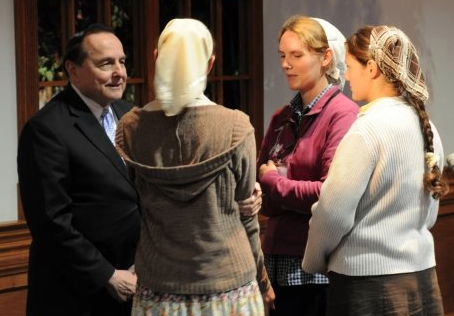 “…“Through the example and teachings of Bill Gothard and the Institute in Basic Life Principles, we have benefited both as a family and in our business. It is as we take those lessons from God s Word that Bill clearly articulates that we live the full life that God intends.”…”  Steve Green

Do the Greens get their opposition to contraceptives from Bill Gothard, sexual harasser and pervert?

“...Bill Gothard, who has never been married but has been accused of sexually harassing young women on his staff, shares the Greens’ opposition to contraceptives. He tells attendees of his Advanced seminar, “There is no question that many birth control methods and devices simply kill the conceived child. Chief among these is the IUD. It comes as a shock to many couples, however, that taking the pill also results in aborting a conceived child.” Gothard cites a 1979 report from Britain to convince couples that taking the pill is more dangerous than pregnancy. He assures his followers that overpopulation is a myth, that God intends couples to “multiply exceedingly”, and that reducing family size is “the hidden agenda of secular humanism”….”

On the surface, coming from my background of business and family business, I don’t think the Hobby Lobby ruling is as dramatic and dastardly as others.  Then again, I’m looking at it from the point of view of knowing people who have privately owned corporations with anywhere from 70 – 100 employees. I don’t care if it is religion or culture, as long as they are not harming anyone, they have rights, too.  Frankly, I think the ACA mandate of forcing business owners to provide insurance for their employees, while a good idea, is going to destroy a lot of good businesses.  I know business owners who are agonizing over this.  The very fact that they are either going to be faced with fines, or pay for insurance is going to literally put them out of business. Sorry, but people who own businesses have a right to protect their investment and not be forced into a situation which can literally bankrupt them.  If the government wants people insured, then they need to get into the insurance business and off the backs of people trying to make it as small business owners.  They don’t get a break.  They pay higher tax rates.  They are caught in the middle, being squeezed to death by taxes and mandates.  Hobby Lobby is not a small business.  It is a major corporation.  I do not put it in this class of business.

There is a viable way the entire contraceptive quagmire could be solved, quite easily.  There are numerous reasons why it isn’t.  For one thing, the FDA has spent the last 20 years agonizing if the Pill should be made over the counter.  In 2012 the American College of Obstetricians and Gynecologists recommended they be OTC. Some 62% of countries have OTC access to contraceptives.   Only 1/3rd of countries require a prescription, including the United States and Canada.

There are numerous reasons why this isn’t happening.

“….Second of all, the science doesn’t support the claim that using the pills as bait supports women’s health better than decoupling the pill from regular exams. Increasingly, research supports the conclusion that American doctors overuse the pelvic exam and the Pap test. Forcing women to take a major health risk with unintended pregnancy in order to get them to submit to a bunch of medical tests they may not even need is not good medical practice, especially when you consider that pregnancy requires massive medical intervention whether a woman chooses abortion or to bring the pregnancy to term..”…”

The Greens and Bill Gothard, sexual pervert are tight. In 2013, Green proposed a Bible based curriculum to be tested in Oklahoma schools.  In 2002, David Green purchased a hospital in Arkansas for Bill Gothard. In 2000 the Worldwide Church of God sold its Big Sandy campus to David Green for $8.5 million.  In turn, Green leased it to Bill Gothard and the Institute for Basic Life Principles, making it one of something like 50 projects Gothard was involved with.   The Big Sandy campus became nothing more than a paramilitary boot camp where young men were brainwashed the ATI way. 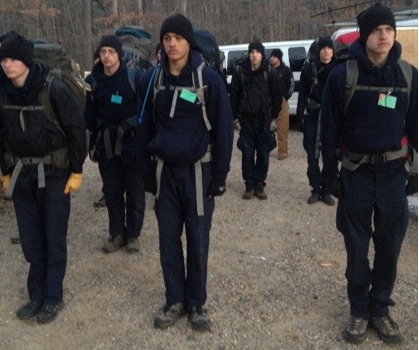 “...The Air Land Emergency Resource Team (ALERT) is a unique training and service organization for young men who desire to achieve maturity and fruitfulness in service as Christian men. The training young men receive at ALERT equips them with the discipline, character, and skills necessary to meet the needs of people in crisis. These ALERT Responders will then be deployed to disaster-stricken areas such as those affected by hurricanes, tornados, floods, and mud slides…”

Not only this, the Green family are sugar daddies to numerous Christian groups.

“...David Green, founder of Hobby Lobby, is a pastor’s son from Emporia, KS. The Greens are Pentecostal and have a long history of supporting charismatic ministries and organizations. In 2003, David Green received the Assemblies of God Superintendent’s Medal of Honor. The next year, he donated $10.5 million to Jerry Falwell’s Liberty University.

In 2007, the Green family came to the rescue of charismatic Oral Roberts University, paying off debts to the tune of $70 million. In return, Mart Green, son of David Green and CEO of Christian book store chain Mardel, became chairman of the new ORU board of trustees. The same year, David Green donated a Massachusetts campus to Zion Bible College, which was renamed Northpoint Bible College to avoid being mistaken for a Jewish organization. “Northpoint Bible College exists to teach and train students for excellent Pentecostal ministry.”

In 2009, AG News reported that a gift of $10 million from Hobby Lobby to Southeast University, an interdenominational school in Lakeland, FL with a long Pentecostal tradition. Mart Green was quoted as saying, “We appreciate your commitment to Christian higher education and all that Southeastern is doing to raise up students with a Christian world view.” In 2010, Hobby Lobby donated $1.5 million to Northwest University, a private college in Kirkland, WA, operated by the Assemblies of God….” 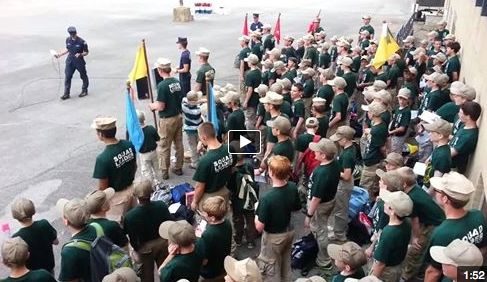 I am loath to mention this, but people do have rights not to do things.  I think here, we’re dealing with a false flag.  If the Green family had come out and said we’re not paying for this because we don’t want to pay for it, and are a private company, I’d agree.   The problem is that we’re not really talking about the rights of a privately owned business owner to do what is best for the company.  This is about several things, including Bill Gothard’s weird science, and the fact that the SCOTUS did not have the brains to even consider the fact that the science behind Hobby Lobby’s case is just that – weird and fake.

“..According to a Princeton website, “emergency contraceptive pills work before pregnancy begins. According to leading medical authorities – such as the National Institutes of Health and the American College of Obstetricians and Gynecologists – pregnancy begins when the fertilized egg implants in the lining of a woman’s uterus.” The NY Times quotes Dr. Petra M. Casey, an obstetrician-gynecologist at Mayo: “These medications are there to prevent or delay ovulation. They don’t act after fertilization.”…”

This is part of the take-over, no more nor no less.  I know I’m a bit different from a lot of people because I don’t think the feds should be required to force an employer to provide health care for employees.  It isn’t a popular opinion, but I don’t care.  Business owners do have some rights, or should.

“… Gothard was criticized by people outside of his seminar crowd as placing himself above medical Doctor’s advice. The book is full of such. He promotes teaching the fetus as well as adopting Freudian sexual theories. Accused of teaching Judaism as Christianity, Gothard promotes the idea of arranged marriages. Some have written his legalistic view of Scripture is not Biblical. He once wrote that Cabbage Patch dolls were supposed to prevent women from giving birth, among other gems. These other strange ideas flow from the book.

Chapter one of the work is a response to the Humanistic Manifesto, a small movement with limited followers. Gothard makes it the group he wants to respond to in the book. Regarding abortion, Bill takes a viewpoint that IUD and other birth control pills kill a conceived child. Gothard advocates the “full quiver” view of birth control. That is birth control is evil and out of the will of God. God ordained reproduction and going with birth control is going against God.

Violating the cycle of a woman goes against God. He has several pages on this. Gothard says this can cause medical as well as spiritual harm. It can even lead to infertility which is definitely against God. Birth control can be murder. The pill is evil and can cause many medical complications. Sterilization is wrong since there is no problem with over population in the world. There is more than enough oil and land in the world to keep pace with a growing population. If you are infertile call for the elders to lay hands on the wife. You might need to check out the music you are listening to which might be the reason for your infertility. Rock music as well as loud contemporary music makes conception difficult. The idea that rock music does not lead to pregnancy is a new twist….”

Bill Gothard, sexual pervert has, once again, won.  He may be ‘disgraced’ and no longer running the day to day operations of the organizations he has created, but he now controls the agenda of the nation.  The average person doesn’t realize how powerful this man, his godly pervert is.  But, it is.  He has been the most powerful person in this country since the early 1980s. Through his ungodly character series, he is more responsible for the out-break of vicious cops and law enforcement officers than anyone.  He controls the agenda.  He controls well over 90,000 ministers in this country, alone.

He now controls the courts.  An acolyte of R. J. Rushdoony, Gothard, the godly pervert, has influenced several million godly men and their godly submissive wives.  These godly men are godly judges, godly governors, godly state house members, and godly members of the US House and Senate.  A godly pervert with godly libertarian views, he and his godly cult have made an ungodly alliance with the Brothers Koch. Today, their official godly take-over of the United States, turning it into a godly nation ruled by godly men who understand that Democracy is heresy, has begun.  Those of us who disagree will be deprived of our citizenship, our right to vote, and maybe even our lives.   The greatest irony is the very people supporting this godly agenda are the men and women who have declared such things would never happen in this country.

God Help Us All!

P. S. Gothard is even training his own military.

Religious freedom or something else?