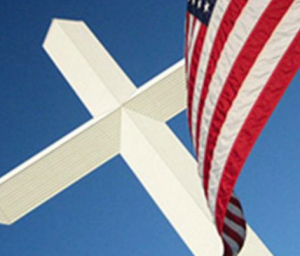 George Takei has asked the right question.  What if Hobby Lobby were owned by Muslims and wanted to impose Sharia law on its employees?  What if godly religious leaders and godly religious corporations don’t want to deal with those who are LGBT?  What then?  What if a godly religious business demands that all the women working for it be circumcised?  Or can they require all employees to go to a specific church, eat certain foods, and vote for certain candidates?  One wonders. What about women? Must the likes of Rush Limbaugh now slut-slam any women who wants contraceptives?  Might we take this time to remember that august moment when he was busted by Customs for a mega load of Viagra in his briefcase?

Don’t ever make the mistake of falling for the smug propaganda that the Hobby Lobby debacle is about a woman’s right to chose, birth control, and a woman’s body.  That’s the smoke-screen.  It is a set-up, made for order, test case designed to see if the SCOTUS could be stapled, folded, and mutilated into promoting the ultimate goal of R. J. Rushdoony and Christian Reconstruction.

“…The long-term goal of Christians in politics should be to gain exclusive control over the franchise. Those who refuse to submit publicly to the eternal sanctions of God by submitting to His Church’s public marks of the covenant-baptism and holy communion-must be denied citizenship, just as they were in ancient Israel….

So let us be blunt about it: we must use the doctrine of religious liberty to gain independence for Christian schools until we train up a generation of people who know that there is no religious neutrality, no neutral law, no neutral education, and no neutral civil government. Then they will get busy in constructing a Bible-based social, political and religious order which finally denies the religious liberty of the enemies of God….”  Gary North

This is about the long simmering plans made by the likes of R. J. Rushdoony, Bill Gothard, Gary North, Phyllis Schlafly, Larry Pratt, Tim LeHay, Beverly LeHay, and so forth and so on.  In a footnote I have for a book I’m doing I reference a list of individuals who began the over-throw of the United States as we know it.

His other devoted associates went on to include Gary DeMar of the American Vision. Rushdoony was a very early member of the Council for National Policy with Tim LeHaye, and others that include a who’s who of the right….Howard Ahmanson, John Ashcroft , Jerry Falwell, George Gilder, Ted Haggard, Nelson Bunker Hunt, Trent Lott, Oliver North, Pat Robertson, Richard Mellon Scaiffe, Kenneth Starr, John Templeton, Larry Pratt, and associated with the movement: James Dobson, Carl Rove, Tom Delay, Mike Huckabee, Judge Roy Moore, Joseph Morecraft, Randall Terry, and David Barton, and so forth and so on.

Rushdoony was also up close and personal with the John Birch society.  He became close personal friends of with founder Robert Welsh.  Another BFF of Welsh was a man named Fred Koch, father of Chuck & Dave.  Rushdoony was also a very serious racist, who felt right at home with the neo-Confederates, KKK, and white supremacists who were and are attracted to the cult he created.

“…“…The white man has behind him centuries of Christian culture and the discipline and the selective breeding this faith requires… The Negro is a product of a radically different past, and his [genetic] heredity has been governed by radically different considerations. Unequal yoking plainly means mixed marriages between believers and unbelievers is clearly forbidden. But Deuteronomy 22:10 not only forbids unequal yoking by inference, and as a case law, but also unequal yoking generally. This means that an unequal marriage between believers or between unbelievers is wrong… The burden of the law is thus against inter-religious, inter-racial, and inter-cultural marriages, in that they normally go against the very community which marriage is designed to establish. Hybridization seeks to improve on God’s work by attempting to gain the best qualities of two diverse things; there is no question that some hybrids do show certain advantageous qualities, but there is also no question that it comes at a price, bringing some serious disadvantages. Every social order institutes its own program of separation or segregation… Segregation, separation, or quarantine, whichever name is used, is inescapable in any society….”…”

This is all rather fascinating when one considers the fact that Gary North AKA Scary Gary, is the political brains behind Ron Paul.  He’s buds with Rand Paul, and so forth and so on with all the good little libertarian ultra patriotic godly patriots.  He has even authored Ron Paul’s new home schooling curriculum.  We have been sold a false bill of goods, of which the Great Hobby Lobby lie is part of it.  These men DO NOT believe in the United States or our Constitution. 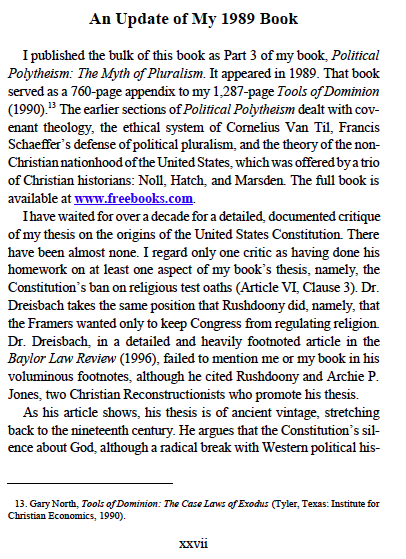 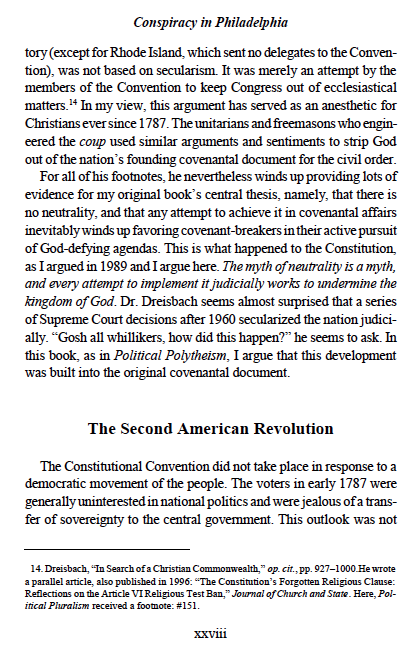 When one realizes this book was published in 2012, then it becomes quite obvious Ron Paul knew of the true nature of Gary North’s intentions to gather the cult around the idea of destroying this nation.  They’ve had an excellent time of it this week.  The most important question should be when did Ron Paul know that the man who created his political rise to fame and wrote the curriculum for his home schooling scam wants to over-throw the government of the US?  Oh, wait, look at all of those lovely little Ron Paul Bots!

This is the first of several articles dealing with the great take-over.