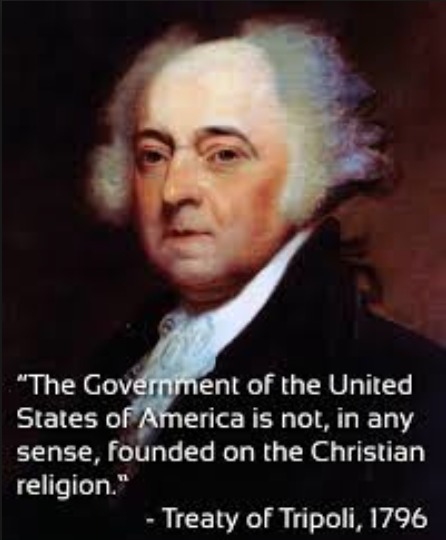 “...The long-term goal of Christians in politics should be to gain exclusive control over the franchise. Those who refuse to submit publicly to the eternal sanctions of God by submitting to His Church’s public marks of the covenant-baptism and holy communion-must be denied citizenship, just as they were in ancient Israel….”  Gary North

This is the third of several posts about the godly take-over of the country via godly men and their godly submissive wives who are part of the Christian Reconstruction, ATI, and now defunct Vision Forum Cult.  Oh, there are other groups in there, all quite incestuous, all inter-connected, but you shake a dozen orange trees, and the same rotten fruit falls, every time.  Everyone in the far right, religious, political, and libertarian community is connected, somehow.  There is such a quest for power and money, you never know who is sincere, scary, and just plan greedy.  I suspect it is a blending of all three.

According to the godly head of the New Apostolic Reformation, C. Peter Wagner, he and his people are going to do what ever is necessary to take dominion over the country, then over the earth.

“...Our theological bedrock is what has been known as Dominion Theology. This means that our divine mandate is to do whatever is necessary, by the power of the Holy Spirit, to retake the dominion of God’s creation which Adam forfeited to Satan in the Garden of Eden. It is nothing less than seeing God’s kingdom coming and His will being done here on earth as it is in heaven. This includes the need to govern apolitically, as well as to embrace spiritual warfare techniques that neutralize the control of our adversary within the functional and territorial spheres of authority to which we have been assigned. To do this, we know that we must be in communion, we must receive revelation, and we must apostolically and prophetically proclaim that revelation…”

Dominion theology received its start via Christian Reconstructionism, that lovely little pseudo-Christian cult invented by R. J. Rushdoony, and perpetuated via Gary North, Bill Gothard, and so forth and so on. They began their multi-generational plan to take over the US, do away with the Constitution, and put godly men in charge of our lives, back in the middle of the 1970s.  They tried to gain power during the Reagan Administration.  Contrary to popular opinion, even though Reagan used the ‘Christian’ vote to get elected, he would have nothing to do with many of these people, to the point where they were trying to force him out of office.  They did not want him running for re-election.

When you tell a lie long enough, people believe it.  The great myth is that the Founding Fathers were creating a new nation because of overwhelming Christian conviction – that they wanted a Great Christian Nation.  When one considers the fact that many of the founding fathers were members of the Church of England, now Episcopalians, this alone should cause not only a bit of laughter aimed toward today’s godly revisionist, but makes their theory of abject and unrepentant Calvinism a total and complete joke, a lie, canard, prevarication, and just plain stupid.  In many ways, it makes no sense.  In other ways, it is abjectly terrifying.  If it weren’t so serious, and those involved could be exposed for who and what they are, we’d see that 75% of these godly dominionists are basically con artists out to make a fast buck.  They are part of what can only be described as an incestuous group of non-profits, lobby groups, quasi-religious, special interest, and outright political organizations – dozens upon dozens of them.

Several years ago, there was a conference called Justice at the Gate.  They are always having conferences, with the same speakers, signing their books, getting fees, hawking their latest scam and generally making a very good income off the fear of normal, decent people who just want to do what is right.  According to a PDF file on the conference, “Expand your vision to see a movement forging the intersection of worship reconciliation, governance systems, and nation-changing transformation.”  Time together will be brief, but potent.  People should change their schedule to be there, oh and bring ten bucks for lunch. And, guess what, when you click on the link, you can buy a copy of the organizer’s new book.  Oh, and they are affiliated with David Barton’s Wallbuilders.  If you click on his link, you can buy what ever piece of do-do he is selling.

In many ways, the opening salvo in the Christian Reconstruction war to retake American and turn it into a ‘new Geneva’, complete with the psychopathic cruelties of John Calvin, was fired by Judge Roy Moore, who was determined to put a monument to the Ten Commandments in front of the Alabama Supreme Court building.  Thanks to FOX, who provided slanted play by play of the situation, millions of decent Americans were sucked into the movement.  Moore is tight with the Creation Museum’s creator, Michael Peroutka, who is front in center, now filling the black hole void left by godly philanderer and sexual harasser Doug Phillips and the demise of the godly Vision Forum.  Not only is Peroutka involved in Christian Reconstruction, but he’s also tight with a few other lovelies:

“…Michael Peroutka is an extreme right-wing activist who is a frequent supporter and former board member of the neo-Confederate League of the South and who believes that the Union’s victory in the Civil War brought on all of America’s ills, including “homo-sodomite unmarriage.” …”

There is a massive streak of white supremacist, bigotry, and anti-Semitism in the entire movement, thanks to the creator, R. J. Rushdoony, who was a racist who considered anyone of the same race as Barack Obama to be inferior.  Rushdoony modeled his Christian Reconstruction cult after the mechanics of the John Birch Society.

Politically, the usual suspects are part of Barton’s Seven Mountains movement, brought to you by the usual suspects including  Glenn Beck,David Barton, Dutch Sheets, Lance Wallnau, Chuck Pierce, Harry Jackson, Jim Garlow, Cheryl Sacks, Jim Hennesy, Klaus Kuehn, Mike Jacobs and Cindy Jacobs, and so forth and so on.  The brainchild of Lance Wallnau, Seven Mountains Dominionism will control the nation, via the right kind of Christians in seven ways:

“… the 7 Mountain/Dominionist theology is being implemented on various levels: first by identifying leaders at the “top” of these mountains and creating support networks for them; then by identifying Godly young people and putting them in contact with these leaders in an effort to turn them into future leaders who will “live out Jesus’ life in influencing those seven mountains”; and finally by targeting leaders “who are not standing for the truth of Christ” and launching armies of prayer warriors against them so that God will either change their hearts or remove them from office: …”