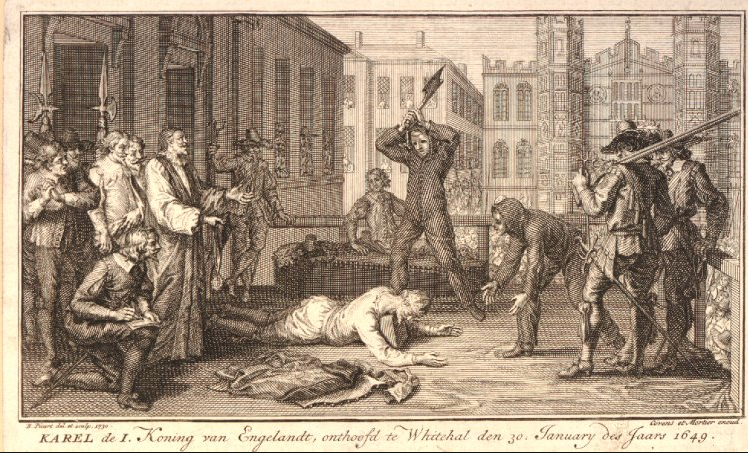 “…”We must use the doctrine of religious liberty to gain independence for Christian schools until we train up a generation of people who know that there is no religious neutrality, no neutral law, no neutral education, and no neutral civil government. Then they will get busy in constructing a Bible-based social, political and religious order which finally denies the religious liberty of the enemies of God.”…”  Gary North

None of this makes a darn big of sense.  I am beginning to suspect that’s the whole point.  It is not to make sense.  If something doesn’t make sense, then normal people just leave it alone.  You take things at face value, not suspecting that there could be a very devious and absolutely insane.  You just don’t expect the political brains behind a man like Ron Paul to be the one who is actively plotting the over-throw of democracy as we know it, but he is.

“…Reconstructionists aren’t shy about what exactly it is they are pursuing: “The long-term goal of Christians in politics should be to gain exclusive control over the franchise,” Gary North, a top Reconstruction theorist, wrote in his 1989 book, Political Polytheism: The Myth of Pluralism. “Those who refuse to submit publicly…must be denied citizenship.”...”

A godly man (Joel McDurmon, Ph.D. – Director of Research for American Vision) wrote a glowing tribute to both R. J. Rushdoony, and Gary North.  The entire movement, the dominionist movement, goes directly back to these two men.

“...R. J. Rushdoony (“Rush”) is the godfather of the Christian Reconstruction movement. He had a very rare and profound intellectual gift. There may never be another like him. Anything he wrote is worth reading, and some books like Institutes of Biblical Law and Foundations of Social Order will be required reading, along with several others. Nevertheless, he was more of an essayist than a systematizer, which is not necessarily a bad thing, but it leaves work to be done. Well, one man can’t do it all anyway. More importantly, I think he made a couple important mistakes (I’ll mention in a moment). These “mistakes,” however, detract nothing from the immense and fundamental importance of his main contribution.

Gary North was influenced strongly by Rush. He also has rare intellectual gift but in a little more nuanced way. Rush’s learning was very broad, collective, and thematic; North has tended to be more focused—filling in important gaps left by Rush, going further, making important corrections, and giving more precise application, especially in the fields of economics and history.

The corrections are where I side with North rather than Rush. Rush’s view of family and patriarchy was was one area where he left Old Testament emphases, or perceived emphases, in place and should not have. That view has allowed lots of problems, not the least of which was the extreme version popularized by a couple of ministries which have now brought shame on theonomy and Christian Reconstruction by their association with it. This is the one very important difference I mentioned. It is crucial to get right at the outset, and for that reason, one needs to read North’s little critique Baptized Patriarchalism. Another bad association of this view has been the so-called “kinist” movement, which is a racist. It also gains the attention and admiration of some Christian Identity adherents who are even more overt racists. So we have these damaging associations to deal with. Rush would not have held any of their views, but his theology of the family lent itself to the problem of guilt by association.

The other larger area of difference between Rush and North would be in their views of the Constitution and the framing era of American History. This is important but less crucial, and can be given secondary priority unless it is of express interest to you (as it is to me). Rush still saw the Constitution as belonging fully to the Christian heritage of America; in some ways he is right, but North sees it compromised as a product of America’s departure from that heritage and of the influence of the Enlightenment. I believe North is more correct here, though it is a very unpopular position among Conservatives. You can read North’s work in this regard to this in Political Polytheism which includes an appendix specifically critiquing Rushdoony on the Constitution. You can see some expanded work in North’s Conspiracy in Philadelphia. Either way, it should not distract us from working toward the same goal of restoring America to biblical foundations.

In general, anything from North is important to read….”

Even worse, David Lane, who recently authored a piece, which is defunct, felt it is necessary to wage war to restore this nation. He declared a holy war. The problem is that he is Rand Paul’s outreach coordinator. When you add Gary North to the mix, being the brains behind dear old dad, Yikes! Even worse, Lane has also worked for Mike Huckabee and Michele Batsh*t Bachmann. World Nut Daily has deleted the column, which can’t be sourced, even via WaybackMachine. Bits and pieces of it still exist.

“…Where are the champions of Christ to save the nation from the pagan onslaught imposing homosexual marriage, homosexual scouts, 60 million babies done to death by abortion and red ink as far as the eye can see on America? Who will wage war for the Soul of America and trust the living God to deliver the pagan gods into our hands and restore America to her Judeo-Christian heritage and re-establish a Christian culture?

Let’s make it crystal clear: Those who embrace homosexual marriage and homosexual Scouting – or homosexuality in general – know little and practice nothing of Christianity. Notwithstanding Sen. Rob Portman – or the 1,400 Boy Scout delegates who buckled – Christian love is regulated not by impulse, but by principle. “We hence conclude, that not only the reprobates ought to be reproved, severely, and with sharp earnestness, but also the elect themselves, even those whom we deem to be children of God.” [John Calvin]

As to the future of America – and the collapse of this once-Christian nation – Christians must not only be allowed to have opinions, but politically, Christians must be retrained to war for the Soul of America and quit believing the fabricated whopper of the “Separation of Church and State,” the lie repeated ad nauseum by the left and liberals to keep Christian America – the moral majority – from imposing moral government on pagan public schools, pagan higher learning and pagan media. Bill Bennett’s insight, “… the two essential questions Plato posed as: Who teaches the children, and what do we teach them?” requires deep thought, soul-searching and a response from Christian America to the secular, politically correct and multicultural false gods imposing their religion on America’s children….”

“…While violent and revolutionary rhetoric has been so common on the farther reaches of the Right for many years it would be tempting to dismiss it. But I have been struck by how such disturbing claims of the need for martyrdom and more are appearing more frequently, more prominently, and in ways that suggest that they are expressions of deeply held beliefs more than provocative political hyperbole. These expressions are not coming only in the form of off the cuff remarks or posturing on Fox News. But you can find it in the considered writings of influential figures who are not household names, and who have no apparent desire to become household names….”

They consider it the Dominion mandate, according to Christian Reconstruction. According to Gary North:

“…The way to regain the ground we have lost is by becoming knowledgeable and involved in the ordering of earth’s governments, including civil government . . . Since the Lord has given us the task of holding “dominion . . . over all the earth” (Genesis 1:26), we are not taking up our assigned role as stewards if we refuse to become involved in the activities of governing. I further point out: How can we discipline the earth if we are not involved in running it?…”

You really want to put it into perspective?  Well, Scary Gary hyped the Y-2K Bug.  More importantly, if you are looking for godly connections, and political connections, Gary North is a big-time libertarian. He believes in Biblical theocracy.  He is one of the strongest home-schooling advocates there is.  Oh, but it gets better.  As always, there are big bucks behind anything.  Fredrick Clarkson, who has done some of the best research into Christian Reconstruction has managed to connect the dots…right back to David Koch.

“...Ames traces the ideology of Charles Koch and his “libertarian empire” (seems like an oxymoron, doesn’t it?) to “the rise of the Holocaust denial industry.” Using the U.S. Holocaust Memorial Museum’s Holocaust Denial Timeline as a guide, Ames shows how Koch funded and led elements of this industry as a young man, in much the way he underwrote and created the government shutdown industry of today. Among the notable figures with roots in the Koch-funded Holocaust denial industry are economists Ludwig von Mises and Milton Friedman, as well as Christian theocratic theorist and Ron Paul business partner & political adviser, Gary North…That the new Ron Paul home-school curriculum is co-authored by a Holocaust history revising theocratic theorist in Gary North and a neo-confederate author and a co-founder of the League of the South, Thomas Woods, tells us much about the nature of the anti-government movement Ron Paul has been seeking to forge. Same with Charles Koch. All of which is, I believe, profoundly under-appreciated in our public life….”

I don’t like being played for a fool.  I wonder how good, decent men and women, who have allowed themselves to be manipulated into believing what they have been told to believe, will feel when they finally have an opportunity to realize what they’ve done, not only to themselves, but their families, and their country?

The link between Gary North and Ron Paul cannot be denied. Ron Paul, who has claimed to be a patriotic American, running for POTUS several times, knows that Gary North believes that democracy is heresy.  Is this what he believes?  Is this what his son believes?  If so, is this not sedition?

When one considers the fact that Rushdoony was terribly anti-Semetic and a Holocaust denier, it makes sense, sick, perverted, but perfect sense.  What also makes sense is Fred Koch’s connection to the John Birch Society, Rushdoony’s connection and Fred’s connections to some very unsavory relatives from Germany.