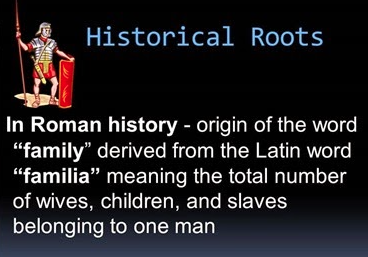 The world of Patriarchy, of Submission, and their abuse of women is one where women are said to be protected by the very men who demand they be treated like children.  Oh, they’re being ‘protected’ from the big bad world, sort of.  They’re being protected while they stay home, remain submissive, and do not step out of line.  The hidden threat of violence is there, in places. No, not everyone who is part of this strange and warped world is involved in violence or domestic abuse.  There are some facts and figures that suggest they are more likely to have an affair, and be divorced than those who aren’t very religious.

If a woman wants to live this way, and it is her desire to do so, fine.  What is not acceptable is when their daughters are given no options.  Men like Kevin Swanson will not even allow their godly daughters to learn how to drive.  That’s up to their husbands, when they are given custody of their godly daughters in an arranged marriage.  You see, women are nothing more than property.  Their lives and their wills belong to their godly fathers.

“...Writing at RedState.com, Fox News contributor Erick Erickson claimed that Rodger “lived the very lifestyle the cultural left thinks men should live” and that his actions were a consequence of a “war on masculinity.” One of the features of this “war,” according to Erickson, is that “[i]nstead of men and women complimenting each other, they’re supposed to be perfectly equal even if they are not.”…”

Geoffrey Botkin, another cult leader, insists that his daughters stay at home, under his roof. What is now called Botkin Syndrome is an abnormal system where families must submit to the patriarch, the father. Women are submissive. Daughters live under a system of what has been described as covert incest.

“...Under the Botkin Paradigm, all members of the family orbit around the family leader, the husband/father. Each person within the family must “serve the vision” of their household patriarch and his “vision” for the family. Boys follow their father’s wishes while they remain under the family’s roof, though men are afforded much more liberty and freedom than are women. In some homes, mothers are not permitted to teach or discipline sons once they reach the age of thirteen.

Wives and adult daughters (until given in marriage through the courtship process) must do the bidding of their father who approves of their activities. Young women who do not have a male to oversee them or have a father who declines participation in the paradigm are advised to go out to obtain a representative male to serve as their covering and protector.

Women and daughters are not permitted to work outside the home unless it is in the workplace of the father who provides both spiritual direction and lends physical protection to the family as well. Women who work outside the home are likened to prostitutes whose “feet wander from home.” All education must take place within the home through homeschooling, and adult women are not permitted to be trained outside the home setting. Women are beings created for the use of men, and in some forms of patriarchy, women are defined as the “indirect image of God,” the ontological lesser of their male counterparts (of lesser essence physically and spiritually)….”

Botkin was an associate of Doug Phillips and the now defunct Vision Forum. He came from one of the most abusive and controlling of Christian cults, the Great Commission Ministry. It began in Norman, Oklahoma in the early 1970s. Women were not allowed to speak at the meetings and were required to wear head-coverings. Interestingly, for those following links, and keeping a tally of who is who, and where, need to know that Norman is outside of Oklahoma City. Botkin began what has become a tradition of the truly religious wacky involving themselves in the daily lives of the people of Oklahoma. The tragic results can be seen with the Green family and the infamous SCOTUS Hobby Lobby ruling.

Women are inferior to men. That is what is taught by all the usual suspects.

“…Generally, in the IFB church, weaker means that women are intellectually and physically inferior to men. There is no shame in this since God made them this way. IFB preachers love to remind church members that men and women are different mentally, physically, and emotionally. Women are emotional, men are logical. Men had physical strength, women are weak. Women lack the capacity for deep, complex study and understanding, so this is why men are called by God to lead the home, the church, and the government. Of course, anyone who has bothered to put their KJV Bible down long enough to actually observe the human race knows that IFB preachers are dead wrong when it comes to the capability of women….”

In fact, before his fall from grace as an adulterer, Doug Phillips felt that women did not deserve the right to vote.

“…In regards to a woman’s right to vote; if husband and wife are truly “one flesh” and the husband is doing his duty to represent the family to the wider community, then what PRACTICAL benefit does allowing women to vote provide? If husband and wife agree on an issue, then one has simply doubled the number of votes; but the result is the same. Women’s voting only makes a difference when the husband and wife disagree; a wife, who does not trust the judgment of her husband, can nullify his vote. Thus, the immediate consequence is to enshrine the will of the individual OVER the good of the family thus creating divisions WITHIN the family….”

The worst possible thing is for a woman to be a feminist.

The fourth installment of the series continues tomorrow.