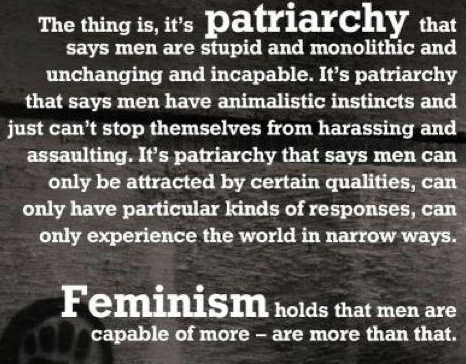 This is the final part of the series dealing with patriarchy and the abuse of women within it.

For some strange reason, the complementarian male has difficulty comprehending that there is a difference between rape and normal sex. Evidently, while there are some godly perverts who know rape is morally wrong, they think, because they are godly men, they deserve it, when and where they get it. Wives are to submit, even if they don’t want to submit. They don’t seem to comprehend the difference, even though, morally, they know that rape is wrong. Sierra, writing on her blog, the Phoenix and the Olive Branch:

“…Doug Wilson is arguing that rape is an inevitability if women do not sexually submit to men in marriage. First of all, this makes no logical sense: He basically says that people who have egalitarian sex will eventually snap and rape people or long to be raped because they must find a sense of authority and submission somewhere….”

It fosters a climate of abuse that has been promoted by Debi and Michael Pearl for over two decades.

“…Meadows clearly says that a wife must not ‘nag’ or disrespectfully rebuke her husband. This makes is SUPER EASY for an abuser or a pastor to condemn the wife for how she rebuked her husband. All they have to say is “You did not show enough respect for your husband in the manner in which you rebuked him!” Catch 22! The woman cannot win. The cards are always stacked against her when she has to jump this high bar which is set as high as the male authorities want to set it, and they can make it higher whenever they choose. They can say she is nagging, or she is disrespectful — and the case is closed. She has no come back. She crawls back into her shell and who knows how many years or decades more of abuse she suffers from that anti-husband? We hear stories like this from survivors all the time, at our blog.

What, by the way, is ‘nagging’? Why are men seldom accused of nagging? Isn’t what people commonly call ‘nagging’ simply someone asking a person repeatedly to do what they should have done the first time they were asked, but they were too lazy or self-centered to bother doing it? And why, then, are women most often accused of ‘nagging’? Hmm. Maybe men are most often the lazy ones? Oops. I’d better be careful or I’ll be labelled a feminist…”

Do you know the warning signs of a domestic abuser?

Why is this important, even if a person isn’t religious? Unfortunately, there is this convergence of factors that began back in the 1950s with the creation of the John Birch Society by Robert W. Welch, Jr. who was a close, personal friend of two men: Nazi sympathizer Fred Koch and R. J. Rushdoony, inventor of the cult of Christian Reconstruction. R. J. Rushdoony and sexual pervert Bill Gothard were thick as thieves until Rushdoony divorced his wife and remarried. Gothard, who never married, allegedly never dated a woman and allegedly never kissed a woman does not believe in divorce. He became not only the religious, but political godfather to hundreds of godly Republicans, including Mike Huckabee, Rick Perry, Sarah Palin and so forth and so on. The Duggar family are his devoted cult followers.

R. J. Rushdoony’s son-in-law is Scary Gary North. Scary Gary is a big-time libertarian economist, and political activist with ties to ‘Reason’, which is now owned by the Koch Machine. He is the political brains behind the entire Ron Paul revolution. Not only that, but at the political heart of this is the American Enterprise Institute, ALEC, Homeschooling Legal Defense Fund and basically anything funded by the Brother’s Koch who earned their money the hard way, inheriting it from their Nazi-sympathizer father.

At the heart of this is the philosophy that women are to be owned, submissive, stay in the home, have a quiverfull of snotty-nosed brats, and worship not only Christ, but their godly husbands. The unfortunate part of this is the view that any women who refuses to dress modestly, uses contraception, or even shows a spark of independence is now fair game for slut-slamming. Their views of women are daily expressed by Rush Limbaugh, on FOX News, and spread by dozens of popular new sites.

“…Perhaps it is no wonder that the women were first at the Cradle and last at the Cross. They had never known a man like this Man—there had never been such another. A prophet and teacher who never nagged at them, who never flattered or coaxed or patronized; who never made arch jokes about them, never treated them either as ‘The women, God help us!’ or ‘The ladies, God bless them!’; who rebuked without querulousness and praised without condescension; who took their questions and arguments seriously, who never mapped out their sphere for them, never urged them to be feminine or jeered at them for being female; who had no ax to grind and no uneasy male dignity to defend; who took them as he found them and was completely unselfconscious….” Dorothy Sayers

This is important for several very simple reasons. First, thanks to the dubious leadership of men like Gothard, Phillips, Piper, Mohler, and so forth, women are being diminished on a daily basis. They have fostered the current War on Women. Their minions and cult followers basically control the GOP. There are some serious problems that have been created, and very few of them are due to feminism. The problems are due to the fact that there are some pathetic men who can’t deal with the fact that women should be treated as their equal. 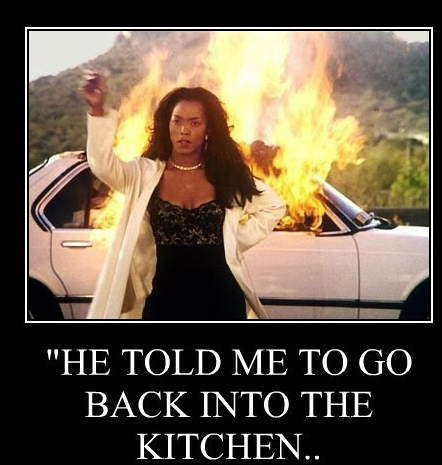