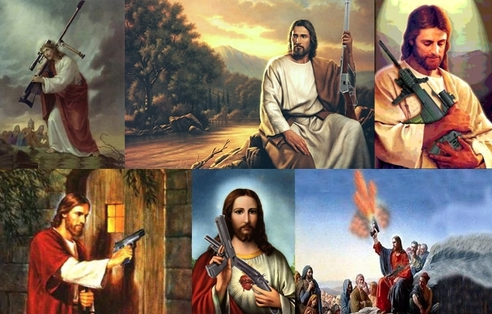 Several months ago, I did a series of articles about retired, and disgraced general Jerry Boykin’s homo-erotic ramblings about the manly Christ. Part I Part II Part III. Apparently, Boykin based part of what was a truly epic and truly revealing speech (or series of speeches) on a book by Stephen Mansfield. Jerry Boykin, a so-called manly man if ever there was one, according to him, wrote the forward for Stephen Mansfield’s Mansfield’s Book of Manly Men: An Utterly Invigorating Guide to Being Your Most Masculine Self. I guess we now know why he has referred to Jesus of Nazareth as a man’s man. In fact, the more flagrant passages from his recent speech were taken from the forward he wrote for Mansfield’s book.

Mansfield’s book is incredibly shallow. When I wrote a review on Amazon, stating just that, I was attacked, for weeks, by godly, manly men, to the point where they began attacking me on Twitter. I finally appealed to Mansfield to call off his fans, which he graciously did. The problem, though, was that they would not listen to him. I’ve been bullied by these godly, manly men to the point where I don’t bother leaving reviews on Amazon. In order to destroy my reputation there, they even hit my opera reviews, slamming them.

“…“He had big old callouses all over his hands. I imagine he probably lost a nail or two…he maybe hit it with a hammer or something, I don’t know. I imagine he lost some nails. Think about it, yeah, he was the son of God, but think about what he looked like. He had bone, muscle and sinew in his arms. You think his biceps weren’t big, bulging biceps? Big ole’ veins popping out of his arms, thin waist, strong shoulders from lifting. He smelled bad. Why, because he sweated he worked. You think I’m sacrilegious because I said Jesus smelled bad, no. He was a man. He was a man’s man. 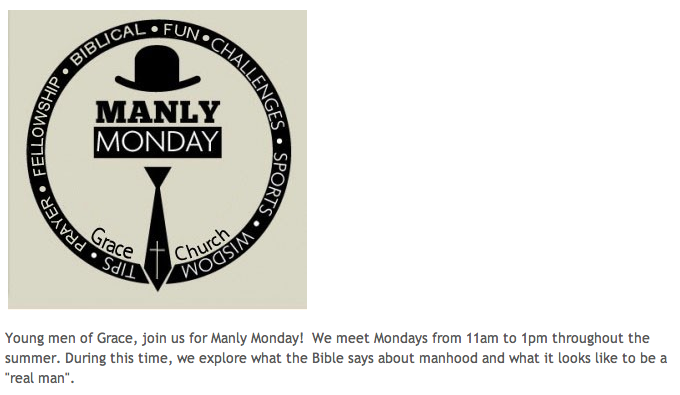 Muscular Christianity is/was a Victorian concept. According to Endicott Peabody, the venerable Episcopalian headmaster of Groton School, and White House Chaplin under FDR, Wyatt Earp was the epitome of Muscular Christianity, brave, courageous, and bold. In order to understand Peabody’s version of Muscular Christianity, one needs, then, to understand Wyatt Earp, who was a lady’s man, a man’s man, with courtly manners, an almost fanatic love of opera (especially Traviata) baseball, and boxing. He was a staunch protector of the numerous daughters of his ‘adopted’ family. He was a man of strong Christian faith, who survived the death of a wife and her unborn child, the murder of two of his brothers, one right in front of him, and the death of two infant daughters. He put up with Josie and her gambling. He overcame a little incident in Tombstone that literally ruined his life, changing the course of it. Never once did the lament his lot in life. He was also tolerant of gays to the point where his business partner, later in life, John Flood, and his life partner, were always welcome in the Earp home, treated with respect. His influence on early Hollywood was so great, every time we watch a Western, we are reminded of how important he was.

Compare Driscoll’s version of Muscular Christianity, where women were to be abused and treated like dirt, to Peabody’s Victorian version of Muscular Christianity. It was version of the world where women were to be treated gallantly and supported. The daughters and wives of the practitioners of Muscular Christianity became the Temperance women and Suffragettes, demanding equal rights for women. There was no hatred of homosexuals. There was nothing in the moment that demanded women be required to submit to their husbands and fathers. Instead, this was the era of proud papas sending their daughters off to college, helping them find themselves and assisting them with careers. It was the era of the bicycle, which was the ultimate liberator of women. (I will be expounding on this in my upcoming book Wild West Redressed.)

“…Hughes used it in Tom Brown at Oxford; saying that it was “a good thing to have strong and well-exercised bodies,” he specified, “The least of the muscular Christians has hold of the old chivalrous and Christian belief, that a man’s body is given him to be trained and brought into subjection, and then used for the protection of the weak, the advancement of all righteous causes, and the subduing of the earth which God has given to the children of men.”

In addition to the beliefs stated above, muscular Christianity preached the spiritual value of sports, especially team sports. As Kingsley said, “games conduce, not merely to physical, but to moral health”. An article on a popular nineteenth-century Briton summed it up thus: “John MacGregor is perhaps the finest specimen of muscular Christianity that this or any other age has produced. Three men seemed to have struggled within his breast—the devout Christian, the earnest philanthropist, the enthusiastic athlete.”…”

The Victorian version of the concept had NOTHING to do with the hatred of gays, subjugation of women. It was the exact opposite of the version being promoted today, where sniveling, testosterone impaired little men are so terrified of gays that the only possible explanation is that they are closeted, themselves.

One question we need to start asking ourselves is when did the concept of manhood change, and why?  Let’s face it, a real man doesn’t even opine or discuss masculine manliness.  He doesn’t need to do so.  Only pathetic little jerks feel the need to reinforce their masculinity.

This is the first of five parts.  The series continues tomorrow.