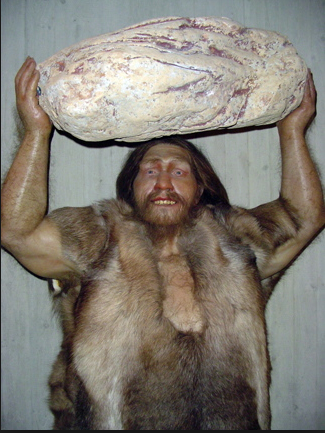 “…Historians of masculinity (like John Tosh) show that the notion of a ‘crisis’ in masculinity is flawed; for each supposed example, such as in the seventeenth century or the late nineteenth century, when societies shifted due to changes in labour or because women’s status improved, there is little evidence that ALL men experienced anxiety about their identity, their position relative to women, or their autonomy…” Joanne Bailey

Have you ever wondered what makes the guys of the He-Man-Woman- Hater’s Club tick?  There is this serious dislike, a hatred of women that has absolutely nothing to do with the teachings of Christ.  If you know your Bible, you know that Jesus of Nazareth was surrounded by women, not as submissives, but women who were his friends, loved ones, and followers.  He treated them with respect.  He was kind to them.  He expected them to interact with the men who followed him, as their equals.  There are stories that Martha (my personal favorite) even helped fund his ministry.  He allowed women to sit with him, while he taught the men.  This, in itself was revolutionary.  Never, in the recorded history of western civilization were women treated as equals.  Jesus of Nazareth did that.  In doing so, he created the pattern, the template for us as his followers.

“…In many liberal Protestant churches the pews are filled with females, many of them aging. Sermons are vapid and boring. Feminist ideologies have taken hold and the context is ideologically hostile to the XY chromosome. Men stay away and boys see the church as something men avoid….”  Al Mohler

If Christ taught his followers to treat women as their spiritual equals, then this is how we are to live today.  Unfortunately, in the cult created by R. J. Rushdoony and ‘improved’ upon by Bill Gothard, women have been cast aside as nothing.  We know why Gothard has done this.  He’s a pervert who lived with his mommy until the day she died.  If a psychologist could ever get to analyze him, we would discover he had very serious mommy issues.  I think we would find the same thing with Rushdoony and even Scary Gary North.

“…According to the various sources, the male fear of the feminine is connected to influences from their mothers and to cultural norms that prescribe how men must behave in order to feel accepted as men.

When men experience vulnerable feelings and other feelings that are associated with women, men can become frightened. According to Kierski (2007), the fear of the feminine then acts in two ways: a) Like an internal monitor to ensure that men stay within the boundaries of what is regarded as masculine, i.e. being action orientated, self-reliant, guarded, and seemingly independent; b) if a man fails to experience this and feels out of control, vulnerable or dependent, the fear of the feminine can act like a defence, leading to splitting off, repressing, or projecting those feelings….”

Women don’t go to conferences to bond, unless they are religious conferences, where godly women are told how to submit to godly men.  Normal women don’t ‘bond’.  Instead, we have a tendency to congregate in the ladies room, where we do all manner of mysterious things that do not necessarily entail bodily functions.  That’s where we talk, bond, and discuss the problems in our lives. Oh, we do this elsewhere, but that is the real reason women ‘go’ in pairs. It isn’t about body functions, it’s about talking about the men around us.

“...Men: If you want to understand what masculinity is like take the time to read Piper’s explanation. Women: If you are looking for what a real man should look like, look no further than the description given in Piper’s chapter, “A Vision for Biblical Complementarity,” in Recovering Biblical Manhood and Womanhood….” 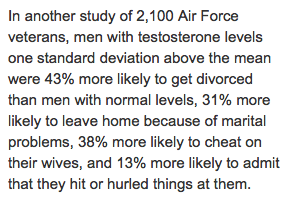 A non-religious site presented a list of 13 characteristics of a real man.  You might want to contrast them with John Piper’s godly list of godly mature men.

John Piper made a list of the traits godly, manly mature men possess:

It gets either better or worse.  There is a thread that is present with godly men, and even insignificant little men who hate women who have a brain in their head.  They are incapable of competing in a world where the barriers that prevented women from achieving anything have been removed.  In many ways, this is what it’s all about.  Once upon a time, men like this had it easy.  Women had a few careers they could choose, most of which required them to be supervised, managed, bossed, etc. by men like this.  For many years, we (women) were required to put up with it.  That’s the real problem of feminism for them.  Their incompetence and inadequacies in the world can no longer be propped up and masked by a society where the very fact that they were white and male allowed them to have all the advantages.

The playing field has been leveled.  They aren’t doing so well in it, evidently.

I had originally planned for this series to only be six parts.  Unfortunately, it has grown, exponentially.  It continues, tomorrow.