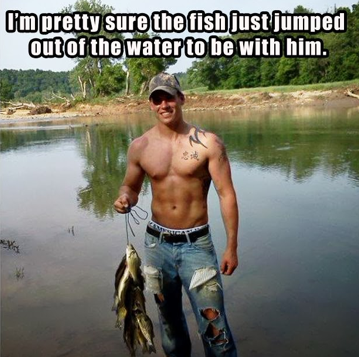 Have you begun to notice how silly this is?  Or – it would be if these men did not take themselves so seriously.  That’s part of the problem.  It’s all about them.  They are so involved in being ‘manly’ that they’ve manage to forget what and who men are, and how they are expected to act.  They also have a tendency to ignore the fact that the very concept of ‘masculine’ changes and evolves with historical eras, cultures, and even sociological groups within a nation.   One godly man’s version of manly is another’s version of something else.    There is though, a self-involvement, a concentration, a very narcissistic concentration on themselves.  They are so obsessed with being ‘manly’ that they forget to be a real person.

Here is another list for godly men who are looking for men’s rights.

I stumbled upon a group of manly men who have moved out of the US because of evil feminists. They’re finding submissive wives, elsewhere. One posted a list of things they’ve noticed about American women.

The comments for this article are fascinating. If nothing else, they prove how inadequate men who hate women and long for their masculinity are. I found this comment on the article, which says it all. 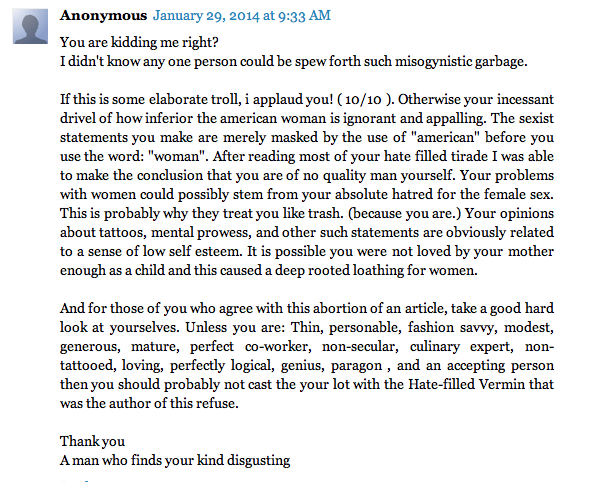 I started reading the background of the manly man who hates women like me. Guess what? . He talks about 20 years of loneliness, being rejected by American women. The sad part of this is that he’s so self-centered that he doesn’t realize how rejected American women can be. That’s truly the sad part of all of this. The single component of these manly, godly men is the fact that they are abjectly self-centered. We’re also looking at an ego trip, major ego trip.

For years, we women who think we have a right to compete in the world, on an equal playing field, have constantly been told that we have men, have a nasty attitude, and don’t want to be feminine.  What I’m hoping to prove is that maybe, just maybe, we’re not the ones doing the hating.  It is entirely possible, we’re just trying to do the best we can, and are being hated, attacked, and subjected to constant harassment by incompetent little men who are the real haters.