Reason #1 Not to Vote for Mitt Romney 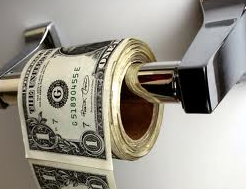 The primary reason for any thinking, caring, and patriotic American not to vote for Mitt Romney is his delusional foreign policy.  If you have a loved one in the military, or thinking about joining, and you value their life, then you with either vote for Barack Obama, or a third party.  If Romney wins, we will end up in a major war with Iran.  If this happens, Israel will be glass, the entire Middle East will explode, we will be facing World War IV, and thousands of innocent American men and women will be slaughtered, all in the name of profit.

If this were about American interests, protecting our nation from terror, or even oil, that would be one thing.  BUT – this is not about any of these reasons.  It is about a handful full of mega-rich, old, white men who stand to make billions from a war. It is about a very ambitious, delusional, and perhaps mentally ill Israeli prime minister, Bibi Netanyahu.  It is about a GOP candidate for POTUS who has no core values.  He only values his high end mega-rich donors.

Mitt Romney and Bibi Netanyhu are bought and paid for by the same near insane billionaires, such as Sheldon Adelson, who have much to gain in such a war.  So do the munitions manufacturers, and Koch Brothers.  Romney is surrounded by a bunch of old white men who are heavily invested in promoting a war between the US, Israel, and Iran.  They are so heavily invested, they are willing to promote a new Cold War against Russia.

These people don’t give a damn about the lives who will be destroyed.  They are so dishonest, they have even lied about the fact that the sanctions the Obama Administration has promoted within the international community are working.  They are willing to slaughter the people of a country who want to be rid of their oppressive government as we are.

When you have a Republican POTUS nominee who failed to even mention our troops in his nomination acceptance speech, you can bet your sweet bippie that he’s not going to give a damn about how many die to enrich his supporters.  Why should he care.  He thinks that the mission service he and his sons did in their cult is the same as serving in the military.  He has NO respect for our men in women in uniform, their service, or their sacrifice.

There are some so-called “Christian” conservatives who have been brainwashed into thinking that they must demand we bow to Bibi Netanyhu’s perverse ambitions in order to protect our nation from God’s Wrath.  No nation, they say, can survive if it goes against the interests of Israel.  I gather they don’t have the intellectual capacity to comprehend the fact that the Catholic Church in Rome is the continuation of the Roman Empire.  I guess they’ve never heard of England.  I guess they are more interested in making this country a vassal state of Israel, rather than the other way around.

We’re dealing with the perpetually superstitious, the men and women who think that the world is a couple of thousand years old, humans played with dinosaurs rather like the Flintstones, and consider evolution the tool of the devil. They’ve never stopped to consider, in their absolutely out of control support for a prime minister who is not liked, and may not even complete his term in office due to corruption charges, they are almost committing treason.

These people need to stop and think – do they stand with the United States of America, or with Israel.  Yes, it should be the same thing, but this is one time when the policies of a few ambitious individuals are very much against the best interests of both the United States and Israel.

Mitt Romney’s near treasonous support of Israel should be enough, right there, to disqualify him from even being a dog-catcher.  With the history of animal cruelty and abuse by both he and his wife, neither one of them are even qualified to be a dog catcher.  He doesn’t give a damn about the people of Israel, no more than he gives a damn about our service men and women, those who have paid a high price for their service, or the United States in general.  The only think he cares about is the almighty dollar.

Who would have thought, years after the fall of the Soviet Union and the Eastern Block, that the US would be on the precipice of being plunged into another national nightmare.  It won’t be a nightmare of a national emergency, war, or disaster.  It will be a nightmare caused by a cold-blooded, pathological liar, who lacks basic human empathy and compassion.  He’s bought and paid for by Sheldon Adelson and his other billionaire donors.  I guess that makes him a prostitute.

If he’s nothing more than a very high priced prostitute, and wants to go to war, he’s not much more than a camp follower.  Only, by calling him that, it gives honest, hard working men and women a bad name.

There’s one other thing that has always puzzled The Pink Flamingo.  The far right, those who now own Mitt Romney and the rest of the GOP, detest socialist.  They detest anything that might appear to be socialist.  Israel is very much a socialistic nation.  It is one of the more successful socialistic societies today.

Think about it.  Mitt Romney, uber capitalist, wants to go to war to prop up the delusional hard-line socialist leader of a socialist nation.

And you still want to vote for him?

Not to worry.  His so-called genetically perfect sons won’t be called upon to sacrifice their lives for their country.  They served as Mormon missionaries.  It was, according to their so-called genetically perfect father, the same as risking one’s life and limb in service for this country. They will never go to war.  They will stand around, arrogantly towering those who return home in caskets, or missing limbs, but they won’t be called upon to serve.

If a leader isn’t willing to allow his or her offspring to serve their country, they should not be allowed to go to war.  The prefect example of young men serving their country, risking life and limb are Prince William and Prince Harry.  Oh, wait – Mitt Romney insulted their country, our greatest ally. Right this very minute, Prince Harry is risking his life, serving his country.

What have Mitt Romney’s perfect sons done for their country today?