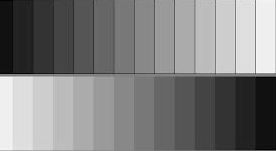 I need to put a caveat on this, before I even begin.  I am well aware that, because of the color of my skin, my eyes, and the ‘color’ of my hair (which is subject to change at a moment’s notice), and my station in life, I never knew what it was to endure what those in the past have endured.  I have, unfortunately, due to my size, had my fair share of nastiness, malignant treatment, and, at times have been refused service in numerous locations.  I know it is nothing like what was faced in the past, and is still being applied by the ignorant haters, but the momentary sting of having someone refuse to wait in me, because of my size, was daunting.  To be subjected to that, times a thousand, on a daily basis, would be enough to make a person enraged.  I think, in this world, we should all have a door slammed in our face.  We should all be treated like dirt because of something about our person someone else does not like.  Perhaps it needs to happen on a regular basis, in order to force us to understand what it is like.

There, I have had my say.  My next comments are not going to be taken well, at all. We have a tendency, when it comes to Civil Rights, to look a things as all or nothing – literally black and white, without the shades of gray one needs to create a true photograph.  In photography, it’s called a Grayscale.

“...I shall never fight in the armed forces with a negro by my side,” wrote Byrd. “Rather I should die a thousand times…than to see this beloved land of ours degraded by race mongrels.”…”

He was a kleagle, or recruiter for the Ku Klux Klan.  Before leaving the KKK, he had personally recruited over 150 of his friends and was given the title ‘Exhaulted Cyclops.  In 2010, after his death, President Barack Obama eulogized him by saying his involvement in the KKK was a ‘youthful dalliance.”  He had redeemed himself by embracing Civil Rights and fighting for the Constitutional rights of all men and women, a champion of civil rights.

Funny thing, that.  South Carolina’s Strom Thurmond was never a member of the KKK.  He was a segregationist, and ran for President in 1948 as a ‘Dixiecrat’. He filibustered the Civil Rights Act of 1957 for 24 hours and 18 minutes.  Like Robert Byrd, Strom Thurmond repeatedly apologized for his views on race, doing everything possible to make up for his past mistakes.  Yet – anything Thurmond ever said or did to try and make up for past wrongs is treated with skepticism.  Instead, the idea is, now, to say that Byrd wasn’t that involved in the KKK and that Thurmond was the ultimate evil.  Thurmond voted to make Martin Luther King, Jr.’s birthday a national holiday.  He employed the second Black staffer in the history of the US Senate.

In 1946, when running for governor and as governor, Thurmond was far from a racist.  In fact, he was extremely moderate, quite forward thinking for a southern governor.

On the 50th Annivesary of the passing of the Civil Right’s Act, Lyndon B. Johnson is being hailed as a symbol of desegretation. Yet, he was a vile, repulsive racist.  Today he is a hero.  Strom Thurmond, who was a womanizer (trust me) was not a repulsive racist.  He was a man of his era, far more progressive and moderate than most, yet, he’s constantly reviled as evil.  We don’t have quotes like this:

In 1957, Strom Thurmond conducted his legendary filibuster.  For that, he is decried, to this day, as a vile, evil racist with no redeeming values.  At the same time, LBJ, who is now a hero of Civil Rights, said the following:

“…“…“These Negroes, they’re getting pretty uppity these days and that’s a problem for us since they’ve got something now they never had before, the political pull to back up their uppityness. Now we’ve got to do something about this, we’ve got to give them a little something, just enough to quiet them down, not enough to make a difference. For if we don’t move at all, then their allies will line up against us and there’ll be no way of stopping them, we’ll lose the filibuster and there’ll be no way of putting a brake on all sorts of wild legislation. It’ll be Reconstruction all over again.”…” Lyndon Banes Johnson, Civil Rights hero.

I’m just posing an interesting political question.  What causes one individual, via history, to be redeemed and another to be considered evil, yet the one who is now considered evil was far more progressive for his generation that the two men who are now ‘redeemed’.  It fascinates me.

I grew up in South Carolina, coming of age after the Civil Right’s era.  We never thought of Thurmond as racist.  I think the bitter irony is that, from what I remember, and I was active in SC GOP politics from the time I was a little kid, with my mother helping to organize Oconee County for the first time, until recently, the GOP actively tried to recruit people who did not have lily white skin.  Today’s SC GOP is filthy, rank from the inside with people who have moved into the South, bringing their filthy, bigoted racism with them – their libertarian, KKK, Ron Paul, tea party racism.  The real irony is that Thurmond’s legacy as governor would now be far too liberal for these freaks. Indeed, they appear to be doing all they can to undo Thurmond’s real legacy – a series of what started out as technical schools to support the factories and industry moving into the state.  Today, they are the technical colleges that have helped prove that Thurmond was right about something – provide a quality education and people will improve their lives.   You might want to compare it with New Mexico, where no such learning facilities exist – and compare the poverty levels. (The exception being the New Mexico Institute of Mining and Technology).

Perception is fascinating.  Granted, Strom Thurmond was the arch-typical dirty old man. Trust me, I know.  He tried, on many occasions to cop a feel, go for a pinch, or a little kissie-poo.  You learned how to avoid his octopus like reach.  Funny, that’s the reason reason he should be castigated.

It is strange how some people are considered redeemable while others aren’t.