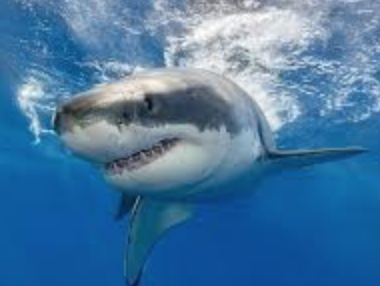 Yes, you can find a way to celebrate Sharkweek via opera!

We start with the original version of Mack the Knife!  It was sung by Bertolt Brecht.

“…A moritat (from mori meaning “deadly” and tat meaning “deed”) is a medieval version of the murder ballad performed by strolling minstrels. In The Threepenny Opera, the moritat singer with his street organ introduces and closes the drama with the tale of the deadly Mackie Messer, or Mack the Knife, a character based on the dashing highwayman Macheath in John Gay’s The Beggar’s Opera (who was in turn based on the historical thief Jack Sheppard). The Brecht-Weill version of the character was far more cruel and sinister, and has been transformed into a modern anti-hero.…”

And the shark, it has teeth, And it wears them in the face. And Macheath, he has a knife, But the knife can’t be seen.

It is very difficult to find an operatic voice doing Mack the Knife, but thank heavens for Thomas Hampson. It is not a clean version, but it is our Handsome Baritone!

The greatest version of the song was recorded by Bobby Darin. I will also admit that Darin’s version is on my top 25 song playlist.