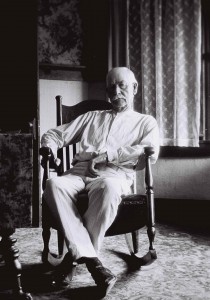 Late one evening, I was working on a novel, and going back and forth with some guy on Twitter, about conspiracy theories. It was quite late. I’d had the Encore Western Channel on, more listening to, than watching Support Your Local Sheriff, which is, in my humble estimation, a closer portrayal to the actual personality of Wyatt Earp than any of the movies. (This is where I mention I think James Garner nailed it in Sunset.) Being too lazy to go down a flight of stairs and change the channel, I left it, not knowing what was next.

A few minutes into the movie, I hear the word ‘Doc’, then someone asks where Masterson was. It did not take long for me to realize the film was Masterson of Kansas. There were a few accurate points. Bat Masterson was sheriff of Ford County, Kansas. About a year or so before Wyatt left for Prescott, Bat and Doc Holiday were at odds, seriously at odds. They did not like one another. The only buffer between them was Wyatt Earp. Oh, and they did mange to get the story of Bat shooting Sargent King in Sweetwater. The remainder of the story was basically fiction.

We keep forgetting that fiction has a place in the creation of lore and legend, or is it lore and legend has a place in the creation of fiction? The lives of Wyatt Earp, Bat Masterson, Doc Holiday, et. al., are at the cusp of the beginning of the transformation from reality into legend. From there, eventually they become lore. Some tales, stories, or events take centuries. Others happen almost immediately, transforming the either the main character or event into a fictionalized version of reality, to make the story easier to tell.

This happened to Don Juan of Austria (1547-1578). The illegitimate son of Holy Roman Emperor Charles V, half-brother to Phillip II of Spain, he literally saved ‘Christendom’ from the Ottoman Turks at the Battle of Lepanto in 1571. In all probability, had he not died of typhoid, and had survived to command his brother’s massive armada against England a decade later, Spain would have been victorious.

Even during his life-time Don Juan of Austria was a heroic figure, handsome, dashing, and romantic, his older brother was quite jealous of him. He was also something of a womanizer. That’s the important part of the story. Yes – that Don Juan.

Fifty years after his death, Spanish monk and playwright, Tirso de Molina pens the El Burlador de Sevilla y convidado de piedra (The Trickster of Seville and the Stone Guest). It is a veiled treatment of the life of the young princely figure, as well as a metaphor of life and death. One hundred and fifty years later Mozart adapted and immortalized the tale into Don Giovanni.

Aside from the themes of sin, repentance, death, and damnation, the tale captures the handsome, brave, courageous, and bold male – the eternal masculine cliché, which had been reiterated time and again in literature, theater, the movies, and television. The two more recent and most successful incarnations of the same persona are the eternal males: James Bond and James T. Kirk.

Today, unless one has spent ages delving into the origin of the Don Juan legend, the relationship between the theatrical Don Juan and Don Juan of Austria is obscured. During the early years of the Tirso de Molina play, it was a given that the play was about Don Juan of Austria. It was easier hiding his story within the confines of fiction rather than risk being the main course at an auto-da-fé sponsored by the Spanish Inquisition.

Like the actual King Arthur, the real Don Juan is being lost to the mists of time. Today, very few people realize that the knight Tannhauser existed beyond the confines of a Wagnerian opera, nor his friend (in the opera), the poet, Wolfram von Eschenbach, was also more than a character in an opera, with one of the most beautiful baritone arias ever written (O du, mein holder Abendstern). He wrote Parzival, based on Chrétien de Troyes’ Perceval, le Conte du Graal, which was based on an Arthurian legend.

This brings us back to those three names, which still leave a sense of awe: Wyatt, Bat, and Doc. Today we know their story, a real true life story…and so forth and so on. Numerous writers, scholars, historians, and researchers have and are leaving no stone unturned, trying to uncover the real story of their lives. Twenty years ago we had the leisure of knowing history would survive, intact. Today, though, it is possible that we are in a race against time, to preserve not as legend, but as fact, as much as we can, as possible.

We are rapidly losing, if not already lost, the last of those who know Wyatt Earp, in person. Having died in 1929 he is on the verge of no longer being a living memory. Perhaps even a greater cause for concern is the fact that my generation’s romance with the Wild West is no longer interesting to a generation obsessed with fake superheroes. Our world is now one of trigger warnings and scholastic censorship. If something upsets a college student, a Millennial, then their feelings need to be honored.

People like Wyatt Earp, Bat Masterson, and Doc Holiday are no longer politically correct. They wore guns. They shot people. Doc Holiday came from the South, with family connections to Margaret Mitchell. Her classic, Gone With the Wind is now under fire for perpetuating the glamor of slavery and the Old South.

I was working, listening to Masterson of Kansas. Maybe it’s just me, but those names – Wyatt, Doc, Bat, Virgil, and locations like Dodge City and Hays City have a special romance. Like the popcorn crunchers of old, you want to sit down, prop up your feet, grab that popcorn, and indulge. There is almost something magical about it.

One wonders how long that magic will last. When it disappears, and the shouts of revisionism, and pontificating that things can’t possibly be true are spouted by a new generation of people who are quite well educated when it comes to math and science, but know absolutely nothing about history, that mist begins to threaten to roll in, and obscure everything we, as historians, writers, scholars, and researchers have created. Like all mists, it takes on a ghostly pall, one dimensional, and surreal.

I fear those mists are rapidly beginning to swirl. Today, all we know about King Arthur is that he pulled a sword from a stone (which he did not do) and Don Juan invited a statue to dinner and then he went to hell.

What, you might ask, does any of this have to do with the life and legend of Wyatt Earp, especially the trivial trivia about opera? Wyatt Earp loved opera. I once was able, to hold, in my own grimy little hands, a series of opera programs he once owned. Written in his own handwriting (which I know as well as my own) were notes about the performance comparing them to other performances. He had season tickets to opera in Los Angeles, and attended the opera in San Francisco. His favorite opera was La Traviata. He loved Verdi. He heard the great Enrico Caruso, live, onstage. That alone is enough to give any opera fan goose bumps.

I have been trying to find out if he and Sadie were in San Francisco on April 18, 1906. If so, he would have been at the at the Mission Opera House the night before, watching the Metropolitan Opera perform Bizet’s Carmen, starring Enrico Caruso, himself.

This is what Wyatt Earp would have heard the night of April 17, 1905. Just the thought of being able to hear the greatest tenor, ever gives me goosebumps. To comprehend that Wyatt Earp heard him, more than once, live, helps to put his life in perspective. The man was a child during the Civil War. He crossed the Santa Fe trail to California, returned back on it, to Missouri. Was literally one of the stars of the Wild and Wolly cattletown years. He was the central character in what I think was the defining moment in this nation’s history, the Gunfight at the OK Corral. He went on to be part of the Ragtime years of San Francisco, friends with the Hearst family. He went to Alaska during the gold rush, returned home and ‘retired’ the the desert outside of Parker, Arizona. During that time he took part in what is still remembered as the most controversial match in professional boxing. He was a baseball fan. He hung out in the back lots of Hollywood, paling around with the likes of Tom Mix, William S. Hart, and John Ford. According to some historians of the Silver Screen, more movies have either been made about him, featured him, or had him as a character than anyone who ever lived.

If you want to know how he walked and the tone, pitch, and the way he spoke, there was a young wrangler who worked for John Ford one summer. Both Ford and Tom Mix were Southern Cal football fans. Like I said, put these lives into perspective. We’ve gone from the Civil War to Major League Baseball and big-time college football. If the kid returned home to Iowa, both Mix and Ford knew he would never return to play football. They decided that Ford would give him a job wrangling horses. They were crazy about the kid, and let him hang out with them. According to a woman I interviewed, who was as close to Wyatt as a daughter, the kid admired Wyatt to the point where he copied the way he walked. He copied his voice, the way he spoke, enunciated words, and the tone of his voice, which I was told, was as melodious as a fog horn. The kid’s name was Marion Mitchell Morrison.

Yes, there is an opera about the Wild West. Wyatt Earp would have loved it. This is also where I interject my frequent comment about the stupidity of soprano characters. They’re always falling for the dorky and completely pathetic tenors, and rejecting our barihunks. Go figure?