The “Christian” War on Women 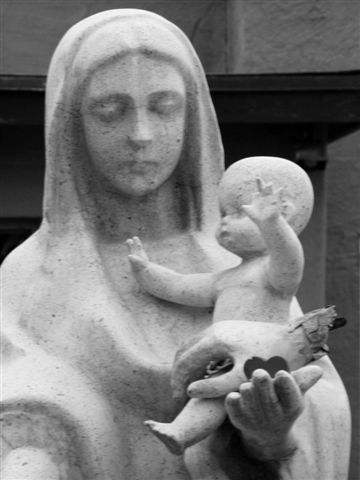 Have you ever heard of Bei Bei Shuai?  She attempted suicide when she was 8 months pregnant.  The baby died, three days after being born.  She is being tried for murder.

It’s rather obvious, this day and age, considering the barbaric war against women in this country, no sane woman should even consider having a child.  She has no rights.  She is nothing but a womb, a breeder, that’s it.  If I were younger, I’d have my tubes tied and recommend every woman out there do the same thing.

“…“My impression is that we have a political culture right now that falsely pits fetal rights against women’s rights, and that you are seeing a kind of snowballing effect,” said Lynn Paltrow, of the New York-based group National Advocates for Pregnant Women. “We’re at the point now where we’re talking about arresting pregnant women for making choices about their own bodies, and that’s not right.”

Legal experts and medical ethicists said attempts to prosecute women for pregnancy choices, or force them to undergo certain procedures for the benefit of their children, may be on shaky ground. “There are 50 years of case law and bioethical writings that say that competent people can refuse care, and that includes pregnant women as well,” said Art Caplan, chairman of medical ethics at the University of Pennsylvania.

In one influential case, a federal appeals court in Washington, D.C., ruled in 1990 that a judge was wrong to have granted a hospital permission to force a pregnant cancer patient to undergo a Caesarean in an attempt to save the life of her child. The mother and baby died within two days of the operation.

Doctors’ opinions on forced care for pregnant mothers have changed, too. A 2002 survey by researchers at the University of Chicago found only 4 percent of directors of maternal-fetal medicine fellowship programs believed pregnant women should be required to undergo potentially lifesaving treatment for the sake of their fetuses, down from 47 percent in 1987.

Dr. Michael Grodin, director of Medical Ethics at the Boston University School of Medicine, said doctors should seek court intervention when a mother refuses care only if the patient is mentally ill.

Right before I was born, my mother nearly died with placenta previa.  If she had not been talking to an orderly, who went to school with her, she would have bleed to death, right then and there.  As they were taking her in for a C-section, her OB brought in the pediatrician.  They basically told her there was no way both of us were going to make it.  Dr. Sorrie told my mother that his job was to insure that she survived the delivery.  The pediatrician would take over from there.  As far as he was concerned, if push came to shove, she came first.  The life of the mother always came before the life of the child.  There was no discussion, no moral ambiguity, no right to life, none of that.  The right of the mother to survive came before the life of the child.

We were talking about that today.  It’s rather obvious, in this climate, the right of the woman, the mother, to survive is secondary to the life of the child.  The ONLY time this has ever happened in history were in cases of wealth and title, where the heir was more important than the womb supporting it.  Morally and historically, the right of the mother always superseded the right of the baby.

Today, though, a woman who is pregnant is nothing more than a slab of meat.  The fetus inside her is more important than she is.  A woman can now be literally locked up, if her physician feels she is not following medical orders to keep her unborn child safe.  She has no rights, at all.  It is about the safety of the child, not the safety of the mother.

A headline The Pink Flamingo saw on Sunday has pushed me over the edge.  That’s it. I’ve had it.  A Catholic bishop in Wisconsin said that anyone who votes for a candidate other than one who is pro-life is putting their immortal soul in danger.

“…in the vast majority of states — 31 — men who father through rape are able to assert the same custody and visitation rights to their children that other fathers enjoy. When no law prohibits a rapist from exercising these rights, a woman may feel forced to bargain away her legal rights to a criminal trial in exchange for the rapist dropping the bid to have access to her child….” 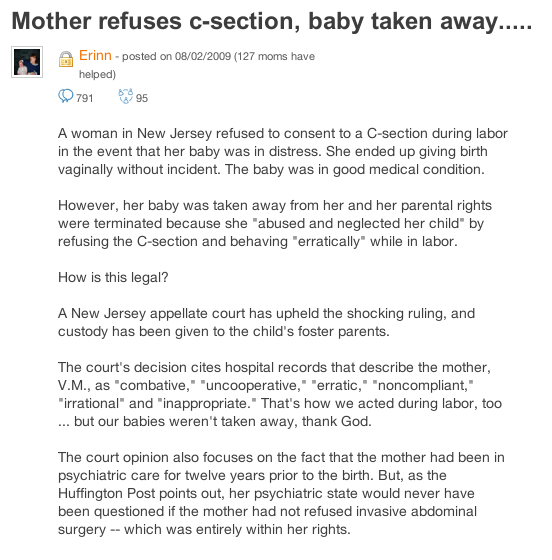 “...Pregnant women who suffer from chronic disease but who are told to forgo drug therapy because it’s not fully understood-or do so because of social pressure-could in the end threaten their own lives. “It has become an issue of morality,” say Kass, associate professor of health policy and management. “There’s the feeling that women should muscle through the nine months. That makes it seem like a question of women just feeling a little better. For some conditions, waiting is not an option.” Kass, Anderson, Faden, and other advocates aren’t arguing that possibly toxic drugs be given cavalierly to healthy pregnant women just to test side effects. The dilemma of testing and using drug therapies during pregnancy, they argue, is simply part of the standard medical balancing act of risk vs. benefit. Is the remedy more damaging, or is the disease?…”

Do pregnant women have rights?

“...Recent legal actions and policies aimed at protecting the fetus as an entity separate from the woman have challenged the rights of pregnant women to make decisions about medical interventions and have criminalized maternal behavior that is believed to be associated with fetal harm or adverse perinatal outcomes.

1) fail to recognize that pregnant women are entitled to informed consent and bodily integrity,

2) fail to recognize that medical knowledge and predictions of outcomes in obstetrics have limitations,

3) treat addiction and psychiatric illness as if they were moral failings,

5) unjustly single out the most vulnerable women, and

6) create the potential for criminalization of otherwise legal maternal behavior.

Efforts to use the legal system to protect the fetus by constraining pregnant women’s decision making or punishing them erode a woman’s basic rights to privacy and bodily integrity and are not justified. Physicians and policy makers should promote the health of women and their fetuses through advocacy of healthy behavior; referral for substance abuse treatment and mental health services when indicated; and development of safe, available, and efficacious services for women and families….”

What has set The Pink Flamingo off on this specific soap box are several things, first and foremost is the fact that my oldest niece is due to bring a little girl into this world on November 27. Nothing is more precious than a new life, an adorable baby (if you are into babies, and The Pink Flamingo is not, it’s even better).  In our family, the world has basically been on hold, since the week before Easter, when we discovered that Sarah Catherine (Cate) was on the way.

“...Beyond its impact on maternal and child health, a failure to recognize the interconnectedness of the pregnant woman and fetus has important ethical and legal implications. Because an intervention on a fetus must be performed through the body of a pregnant woman, an assertion of fetal rights must be reconciled with the ethical and legal obligations toward pregnant women as women, persons in their own right. Discussions about rights of the unborn often have failed to address these obligations. Regardless of what is believed about fetal personhood, claims about fetal rights require an assessment of the rights of pregnant women, whose personhood within the legal and moral community is indisputable.

Furthermore, many writers have noted a moral injury that arises from abstracting the fetus from the pregnant woman, in its failing to recognize the pregnant woman herself as a patient, person, and rights-bearer. This approach disregards a fundamental moral principle that persons never be treated solely as means to an end, but as ends in themselves. Within the rhetoric of conflict and fetal rights, the pregnant woman has at times been reduced to a vessel— even a “fortress” holding the fetus “prisoner”. As George Annas aptly described, “Before birth, we can obtain access to the fetus only through its mother, and in the absence of her informed consent, can do so only by treating her as a fetal container, a nonperson without rights to bodily integrity”…”

The Supreme Court has declined to hear Oklahoma’s “personhood” argument, which should be a shot across the bow of the far right.  Instead, they will simply wait until they gain control of someone like Mitt Romney in the White House, and appoint someone thinks women have no rights to their own bodies.  One of these days this is going to happen.

We have a problem here, a very serious problem, that was created by the extreme, far Christian right.  Unfortunately, because they are so vocal, the Cowards of the GOP think they speak for the party.  They don’t.  They speak for a very small handful of very disturbed men and women who think that their daughters don’t need to leave home until their father’s select their husbands.  They are into having oodles and oodles of children.  The whole Quiverfull movement is bordering on the perverse.   This is what is propelling this whole story, forward.

Don’t ever make the mistake of thinking this is just about abortion.  That is the least of it.  We’re dealing with an increasingly extreme fringe of the “Christian” right, who truly don’t like women.  We’re to be told who to marry, when to bred, how many children to have, and to dress and act modestly.  They don’t want women working outside of the home.

There is a bottom line …. they want white Christian families to have more white children, to repopulate the country with little white babies.

It is about a group of people who no longer respect women, they’re nothing but a womb without a view.  Women, throughout the history of western civilization, have never been treated this way.

What has happened to our society?