The Dirty But ‘Godly’ Mind of the Patriarchal ‘Christian’ Male 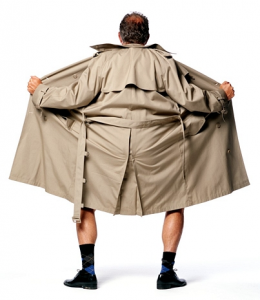 To begin with, Bill Gothard is a sexual pervert.  The definition of such a person is someone “…a person whose sexual behavior is regarded as abnormal and unacceptable. synonyms: deviant, degenerate…”  That just about explains who and what he is, a person whose sexual behavior (what little of it he has) is regarded as abnormal and unacceptable.  The man, who lived with his mother all of his life, and still resides in the family home. He liked young women with curly hair and tailored suits.  He enjoyed playing footsie with them – with his socks on, of course. He also prefers thin women, forcing young women around him into anorexia to please him.  If you want to know what he prefers in a woman, Michelle Duggar is the picture of a ATI mom. If you want to know how Gothard prefers hair, look at Michelle’s.  He even dictated the color of his employee’s fingernails.

“...We would meet after dinner in his office around 7 or 8 p.m. That’s when he started really touching me. I am curvy, and he loved my breasts. He gave me cash and told me to buy bras that pushed me up more; he wanted me to always wear them when I was around him. He never wanted me to show him, though. He just liked to touch over the clothing. He would drive me home so I wouldn’t walk alone to my house in the dark. He would hold my hand and rub my leg and tell me not to tell anyone about what we did in his car….”

The movement created by Gothard, who may still be the most powerful person in the country, is awash in sex scandals, fraud, deception, abuse, incest, and pedophilia.  In the past few months one scandal after another has broken in the strange world that Gothard, R. J. Rushdoony, and Christian Reconstruction has created.  It is also a world of patriarchal control, where the man is basically holy.  He is a representative of God on earth.  Children are even to confess their sins to him, and he will, as God’s representative on earth, forgive them.  As one refugee from the movement has written, man becomes a graven image, an idol.   Their will must be done.

One of he worst things Gothard has done is demand modesty and purity for women.  So much can be said of this.  It is about absolute control of women.  It is about degrading women. It is about empowering men.  It is about arrested development, abuse, submission, immature behavior, heresy, and a corruption of what Christianity is all about.

A few weeks ago, Clair Ettinger, age 17 who was attending her homeschooling prom.  In Virginia, the age of consent is 18. If someone is 17, and anyone older than 18 has the hots for her, and gives in to the baser nature of ungodly men, it’s a class one misdemeanor.  Technicalities are important here.  A “Mrs. D.” who organized the homeschooling prom told her that her dress was too short.  She and another woman pulled Clair aside to tell her that her dancing was too provocative.  Some of the fathers who were chaperoning the event felt that she was causing the young men there to have inpure thoughts.

“…. We were also a little grossed out by all the dads on the balcony above the dance floor, ogling and talking amongst themselves. We weren’t dancing, but swaying with the music and talking and enjoying ourselves, …I felt violated by the sheer number of male parents that were assigned to do nothing for five hours other then watch girls in short dresses and heels dance to upbeat music. I think that it is sick and wrong that they assigned them to sit on a balcony above us and look down on us and single us out for our clothes or dancing…..I’m only 17, but I can see there’s something wrong about this, please, please tell me I’m not the only one who think it doesn’t matter how people are dressed or how they move their bodies, we should still treat them with respect and decency. And enough with the slut shaming. Please. Goddamn I’m not responsible for some perverted 45 year old dad lusting after me because I have a sparkly dress on and a big ass for a teenager. And if you think I am, then maybe you’re part of the problem….”

“…I can whole-heartedly agree with that statement, as I have long legs myself and have had to refrain from wearing certain things because they appear more immodest than they would on a girl with shorter legs. It is an honest struggle. In the end, her dress was close enough to breaking the dress code that it was checked. Clare talks about how she isn’t responsible for other people’s thought or drives, but she admits in her blog post that she looked hot and would turn heads when walking through a door. Emily Collins, a lady chaperoning, states that Clare’s dress only met dress code when it was pulled down, but as she walked, the dress rose. Clare was seen by multiple sources (students) to be dancing provocatively and as she moved her dress rose. When she was approached and asked to pull it down by female chaperones, Clare responded with extreme disrespect towards the authorities, at which point she was asked to leave. Not one person ever mentioned anything about impure thoughts, she was removed from the dance because her behavior was not in line with the set rules….”

The comments that follow are absolutely fascinating.  They establish that the modesty culture is designed to be demeaning and to control women.  The young woman in question was and is still being ‘slut shamed’.  It brings us back to something in the story that is rather fascinating.  The person who called her down was a “Mrs.D”.  Evidently the woman did not like how the child was acting.  Neither did a number of the ‘godly’ religious homeschooling peers who have criticized her.  She was dressed to be provocative, showing off, having a good time, dancing just a little too suggestively, and acting like – well, a normal 17 year old teen at a senior prom who is looking for attention.

There in lies the real problem “Normal”.  Nothing in the patriarchal culture is normal.  The bottom line is that it is about pathetic, sad, terrified, little men who are intimidated by women they cannot control.  They have so little control in their lives, are such failures, and are so completely incompetent that they must warp the message of Christ in order to be petty little satraps within their families.  In order to legitimize their failures in life they must blame women.  They must blame feminists.  They must blame the female form.

They blame women for all the ills of the world, including their inability to comprehend that normal lust, physical attraction, and looking at an attractive person of the opposite sex is normal.  What is not all that normal is for men who are old enough to be a 17 year old girl’s fathers to be ogling her.  I read in one of the comments that older men like to stare at younger women.  They do.  But, there’s a difference between appreciating an attractive person, and full blown lust.

If you pay attention to the far right so-called ‘christian’ world, our sexual urges are basically little more than that of an animal.  Normal humanity separates us from animals.  Living in an enlightened society should separate us from primitive human who felt it was his duty to rape – to spread his seed – to every nubile woman he encountered.

When you have an entire group of men who claim to be unable to contain their primitive urges, well Houston, we have a problem.  They are teaching a second generation to be the very same way.  No wonder we now live in a rape culture.

How does a ‘normal’ middle aged man react when encountering a 18-year-old woman in a provocative situation?  I know someone who ended up in a strip club, primarily because of some business associates. Or – that is his version.  He even told his wife where he was – at the time. When he arrived home, he confessed that he must be getting old.  While the 18-year-old coed was pole dancing, topless and nearly bottomless in front of him, all he could think of was the fact that his youngest daughter was that age.  He said he thought about what he would do if he even thought she would be doing something like that, and ended up thinking about the kid’s parents. Did they know where she was and what she was doing?

Sure, he was in a position to ogle, but he wasn’t doing that – at all.  He was acting like a normal parent, concerned about the girl and how her father would react to her employment choices.