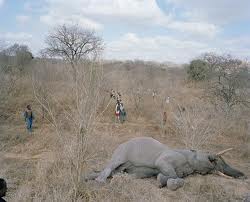 It looks like something over 1000 conservative “Christian” ministers are going to tell their congregations how to vote, and openly challenge the IRS.  Quiet frankly, The Pink Flamingo hopes they are slammed by the IRS and put under the jail.  This is something we don’t need.  It violates the Constitution, but then again, the more outrageously insane the far right becomes, they more they don’t get the Constitution.  It’s for them, but no one else.  It’s like freedom of speech.  THEIR freedom is terribly important.  No one  else counts.

That’s the real problem.  Because the GOP has assimilated the extremes from both the hard, white supremacist, and very bigoted right; the tea party libertarians; and the far religious right, manners have been rejected.  The Republican Party once prided itself on manners, etiquette, polite behavior, courtesy, and consideration.  The rude Republican was someone to be ostracized.

When manners go, when a dress code is ejected, and just anyone is allowed to reach a position of power, without any standards, what you now see, is what we get. We once had standards.  We once monitored candidates, even for the most minor of local elections.

Case in point:  When I was county chair, one of our local elected officials, a Democrat, was negotiating to change parties.  Having this person as a Republican would be a major state-wide coup.  When a local businessman decided to run for the office, we requested that he not run for that position in a primary.  Our targeted Dem would switch parties, before the general election, if he was not pushed into a primary.

This individual would have none of it.  Even the governor  (Carroll Campbell) called, asking him to step aside.  To make matters worse, we discovered that this person had contacts to the people who wore little white sheets and individuals who later became part of the Council of Conservative Citizens (CofCC).  Finally, the night before the election, when I was doing a radio show with my local Dem counterpart, I just plain old endorsed the Democrat who was running for the office.  I was also required to pull the rug out from under someone who was running GOP for a state-wide office.  The person running as a Democrat was the better qualified individual.  He had also promised to switch parties.

That night, when I arrived home, I had a call from the governor, thanking me for having the courage to stand up for the good of South Carolina, rather than the good of the party.  The next day, both candidates lost.  Both Dems switched parties, to become Republican the day after the election.

The very organizations the required a Republican running for local office be sandbagged, in order to keep him from advancing the cause, were major backers of Buddy Witherspoon, who ran against Lindsey the last time. They are major sponsors of Jack Hunter’s radio show.  They are now in major leadership positions within the tea parties in South Carolina.

Once upon a time people like this were not allowed to advance within the GOP.  David Duke is the perfect example, and part of the same movement.  They were simply  NOT allowed.  The very thought that someone like Michelle Malkin (who has some of the very same connections, BTW) would be given a national soap box on a major news network, and given credibility, was a joke.

People like Rand Paul would have been rejected, immediately.  You wouldn’t even see some of the recent GOP Senatorial candidates even making it to a primary, let alone the general election. The people who are in positions of power today, from the very local levels, all the way to state-wide are often now men and women who would be gently pushed out of the entire party.

Today, though, anything goes.  If you look at the people who attend Mitt Romney’s rallies, they look like rejects from a Walmart flee market melt-down.  They are rude, dirty, unkempt.  There are no manners, no standards, and no courtesy.  Online, today’s conservative “activist” is synonymous for “rude bully”.

When you have conservative celebrities like Ann Coulter, Michelle Malkin, Pam Geller, Bay Buchanan, Rush Limbaugh, Sean Hannity, Glenn Beck, Laura Ingraham, and misc. FOX pundits, who, far too often rub elbows with the likes of Alex Jones, Jack Hunter, James Edwards, Peter Brimelow, Jarred Taylor, Sam Stein, Joe Arpaio, and Russell Pearce, you get a group of people who are, shall we say, soiled, tarnished, filthy, and a disgusting.  They have maybe one or just two degrees of separation from the KKK, John Birch Society, white supremacists, and national socialists.

Even six years ago, these people would not be allowed to have a role in the GOP.  Not now though.  By allowing them to have a part in national events, they have brought the Republican Party down to their level of pond scum.

They talk a good game about the Constitution, Christian values, and family.  They adore freedoms such as speech, religion, and assembly.  They wax poetic on an individual’s right to chose their own destiny.  They want to keep government at arm’s length, away from someone’s life.

The problem with this is that the very individuals who want their Constitutional rights, don’t quite understand that everyone has the same rights, even those with whom they disagree.  If you cross one, you are berated, denigrated, and treated like dirt.  Their current favorite method of attack is sarcasm.  They have a tendency to try and intimate that a person is not quite mentally balanced if they don’t follow the crowed.  If you persist in crossing them or criticizing their most sacred, they will not hesitate to destroy with lies, innuendo, and manipulation.

This is not the GOP it once was.

It’s a party that is dying, and rather quickly.  When a political party seeks to exclude those who are not extreme, and had no problem with extremists, bigots, and cults, then it is the beginning of the end.   The Grand Old Party is dying.  The Pink Flamingo does not know if it is better to put it out of its misery, or just let the extremists take it over, and keep them there, away from those of us who are normal.