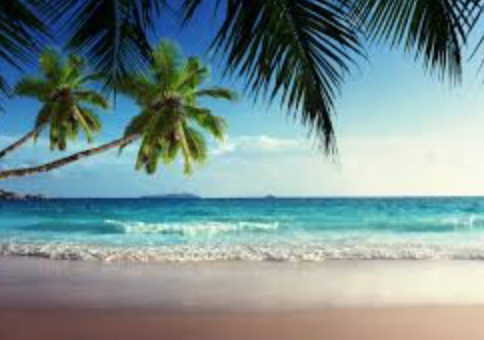 It was clearly a case of cops gone bad. Even during the inquest, the judge said that the town marshal had committed an ‘injudicious act’. The deceased weren’t doing anything wrong, other than complaining, and being harassed by local cops. According to some sources, they weren’t even armed. Yet, the town marshal, his two brothers, and a known badman insisted on armed confrontation, shooting first, and not even bothering to ask questions.

Two of the men, Tom McLaury and Billy Clanton weren’t even out of their twenties. They had their entire lives ahead of them. Yet, they were gunned down, in cold blood, with their friends and associates demanding the murderous and out-of-control cops be brought to justice. They wanted them hung, as they began assembling in town, ready to do what was necessary to demand justice.

In a scenario so very much like modern day, it was obvious the cops were dealing with extreme prejudice, which jaundiced the way they approached the young men, who were just trying to get their act together.  The McLaury Brothers, Tom and Frank, were even on their way home, to Iowa.  They were struck down in the prime of life by merciless men who had no business doing what they did.

The plan was to collect the guns from a group of hung-over, bust-heads, who wanted to make trouble, but did not have enough courage to do it on their own.  They were all mouth and attitude, and little else. They weren’t your run-of-the-mill bad guys, just mouthy, not-quite-bright, good-old-boys who were playing fast and lose with the real bad men.  If they had been in a different location, they would probably have lived their lives as basically normal citizens, not bad, and not perfect. Frank and Tom McLaury were just a couple of good old boys, cut down in the prime of life.  Ike Clanton was still in mourning, trying to keep his family together after the tragic death of his father, a few months earlier. It was a clear case of town verses country, Democrat verses Republican, and so forth and so on…that is, if you look at things from today’s point of view of out-of-control cops.

If it were today, would the press disclose the fact that Tom and Frank McLaury were making their money by providing pasture and holding pens for stolen cattle run up from Mexico, or that Billy and Ike Clanton were in business with them.  It would also not matter that the patriarch of the Clanton clan had recently lost his life in a shootout along the Mexican border, while he was involved in extremely illegal activities which would be akin to running drugs today.  It also would not matter that their associates numbered upward of two hundred members of a disorganized version early organized crime who were terrorizing the countryside to the point where it was almost in armed insurrection.  It would not matter that locals were more terrified of their associates, known as Cowboys, than they were the marauding Apaches.

All that would really matter is that the ring-leader was a cop-gone-bad by the name of Wyatt Earp, who was so allegedly law and order that he was a brute.  What would matter was the fact that the extremely corrupt county sheriff would do everything possible to frame and eliminate these men as his corrupt associates within the Cowboy ranks had attempted to do with Pima County Sheriff Bob Paul.  They murdered Bud Philpot, instead.  They tried blaming Doc Holiday for crimes committed by Behan’s own deputy Frank Stilwell.  None of those things mattered then, nor would they matter now. What was important was that Wyatt Earp, Morgan Earp, Virgil Earp, and John Henry Holiday would be made to pay for slaughtering three unarmed men, right there, on the streets of Tombstone on October 26, 1881.

Only it did not quite work out the way the Clanton-McLaury PR machine intended.  Even with Will McLaury, a carpetbagging lawyer who was residing in Fort Worth as part of the prosecution, the Earp party was cleared of all charges.  No matter how many times the Clanton-McLaury Cowboy machine attempted to drag the four men to different judges and different courts, they were always cleared of the charges.

Just like cops today, their lives were shattered by rumor, innuendo, and outright hostility.  Finally, on December 29 of the same year, Virgil Earp was shot so badly, his left arm was permanently crippled.  On March 18 Morgan Earp was murdered, shot in the back while playing pool at Hatch’s Saloon. One of the men involved in both shootings was Ike Clanton.

Like any good cop, Wyatt Earp went after the outlaws who were trying to destroy his family.  During the process he basically destroyed any real future he had, especially in politics.  He lost everything, including his property, basically going broke.  His reputation was in tatters.  Both he and Doc Holiday were wanted for murder, in the Arizona Territory.  Like any good cop, Wyatt Earp learned to live with the consequences of being a good cop.  He died on January 13, 1929, in Los Angeles at the age of eighty-one.  Like any good cop of legend, Hollywood came calling, making movie after move about his life – as a cop.  Like any good cop and out-spoken Republican, even today there are those who prefer ruining his reputation.

The legendary life of Wyatt Earp is proof positive that doing what is right is neither easy, nor is it good for career advancement.  He spent the rest of his life as a lawman, retiring to be a sportsman, dabble in wrestling, mining, and becoming the original Hollywood legend.  In 1996 he became embroiled in the Fitzsimmons vs. Sharkey debacle. It is still considered the most controversial fight in heavy-weight history.