The Racist Roots of the Religious Right 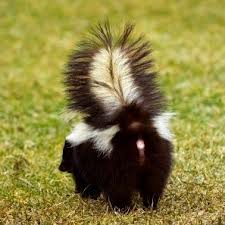 There is a dirty little problem hidden within the the religious right.  First, it would be quite foolish to assume that every member of the so-called Christian Right is a part of this.  I know a heck of a lot of Christians who consider themselves Religious Right.  If they even thought they were racist, it would be shattering.  They never have been racist and they never will be racist.  There are millions of conservative members of the religious right in the south who are not racist, either. To assume they are, is to minimize the real problem.

Unequal yoking plainly means mixed marriages between believers and unbelievers is clearly forbidden. But Deuteronomy 22:10 not only forbids unequal yoking by inference, and as a case law, but also unequal yoking generally. This means that an unequal marriage between believers or between unbelievers is wrong… The burden of the law is thus against inter-religious, inter-racial, and inter-cultural marriages, in that they normally go against the very community which marriage is designed to establish.

Hybridization seeks to improve on God’s work by attempting to gain the best qualities of two diverse things; there is no question that some hybrids do show certain advantageous qualities, but there is also no question that it comes at a price, bringing some serious disadvantages.

Every social order institutes its own program of separation or segregation… Segregation, separation, or quarantine, whichever name is used, is inescapable in any society….”

The racist roots have always been there, in the South.  The problem, is, now that we are dealing with the rise of even more white supremacists, the John Birchers, KKK, eve neo-Nazis.  The religious right, empowered by Christian Reconstructionism holds R. J. Rushdoony up as their theological leader.  Rushdoony was a bigot, pure and simple.

“…Identification [declaring all people identical] is used as a means of negating the particularity of the law, and of reducing it to nonsense by merging all reality into one inseparable unity. Unity, identification, is thus a substitute for law and truth by its erasure of all boundaries.

Justice then ceases to become the function of government, and identification by enforced equalization is the goal. In the Negro problem in the Southern States, the concern of federal action is less and less civil justice and more and more identification. That the Negro should have justice is certain, but compulsive identification is not justice and is actually injustice, and can obscure radically the Negro’s just claims before the law. The “freedom” which Dr. King envisions is not merely freedom from domination or discrimination but a freedom from difference. This is the heart of the matter, and in every stratum of society, there is a lust for “freedom from difference” and a resentment against any who claim such a right.

As a result, the inevitable outcome of the practice of identification is the growth of moral detachment. Since the concept is basically anti-ethical, it culminates in an unconcern with moral issues. As yet, in the West, the Christian inheritance is responsible for an extensive hangover of moralism, at present used as a facade and justification for identification. It destroys the meaning of both particularity and universality. The particular loses meaning, in that the whole alone is real, and the whole, having no real differentiation, becomes an empty universal, and moral categories disappear in the face of moral relativism. The ultimate outcome, therefore, of identification in Western society will be, if its inherent logic triumphs, the rise of a radical inhumanity and the collapse of all true progress as total relativism takes over.

With most peoples there can and must be a separate but peaceful co-existence.

A nation bent on the world establishment of the concept of identification will operate on the premise that the goal must be unity or union and will work to that end, sacrificing itself constantly in terms of that hoped-for consummation. But a nation aware that some issues are irreconcilable, while avoiding any ungodly plunge into conflict, will recognize that there can be no compromise, and that peaceful co-existence in such instances is an illusion.

The biblical summons to holiness is thus a call to separation….” R. J. Rushdoony, The Politics of Guilt and Pity, pp. 80-86

Rushdoony was one of the true believers of the John Birch Society.  He detested communists, anyone Jewish, denied the Holocaust, and truly not like anyone of a different racial mix.

“…If Negroes are only “white men with black skins, nothing more, nothing less,” then, conversely, white men are only Negroes with white skins, nothing more, nothing less. This means that all cultural differences, hereditary predispositions, and historical traditions are irrelevant and meaningless. It means, in other words, that history is meaningless. And how can one be an historian if it is his purpose to deny history?

The white man has behind him centuries of Christian culture, and the discipline and selective breeding this faith requires. Although the white man may reject this faith and subject himself instead to the requirements of humanism, he is still a product of this Christian past. The Negro is a product of a radically different past, and his heredity is governed by radically different consideration. Elizabeth E. Hoyt has cited Dr. Simon Biesheuvelâ’s comparisons, a deliberately extreme contrast, to pinpoint certain cultural ideas, African and Western. From Tennyson’s Ulysses is cited as a typically Western expression of man’s purpose,

To follow knowledge like a sinking star Beyond the utmost bounds of human thought To sail beyond the sunset, and the baths Of all the Western stars, until I die To strive, to seek, to find, and not to yield

By contrast, illustrating what Africans call Negritude, is the following cry from Aimé Césaire of Martinique

This contrast is an oversimplification, and one designed to be flattering to both races, but it does indicate the reality of racial differences. Men like Stampp would, of course, seek to negate every historical citation of differences as merely “cultural differences.” The men behind the respective cultures are the same men. It is therefore held to be wrong to cite histories against any race.

A more absurd position can scarcely be imagined. If you and I have our histories abstracted from us, and our heredities as well, along with all our cultural conditioning and responses, we are no longer men, no longer human beings, but an abstract and theoretical concept of man. No real history of us can then be written. Stampp’s Negroes are thus neither black men nor white men: they are an abstraction, but an abstraction to illustrate the devil in Stampp’s humanistic morality play….” R. J. Rushdoony, The Biblical Philosophy of History, pp. 88-89.

“...The false witness born during World War II with respect to Germany is especially notable and revealing. The charge is repeatedly made that six million innocent Jews were slain by the Nazis, and the figure – and even larger figures – is now entrenched in the history books. Poncins, in summarizing the studies of the French Socialist, Paul Rassinier, himself a prisoner in Buchenwald, states: ‘Rassinier reached the conclusion that the number of Jews who died after deportation is approximately 1,200,000 and this figure, he tells us, has finally been accepted as valid by the Centre Mondial de Documentation Juive Contemporaine. Likewise he notes that Paul Hilberg, in his study of the same problem, reached a total of 896,292 victims. Very many of these people died of epidemics; many were executed’… Did the Nazis actually execute many thousands, tens, or hundred thousands of Jews? Men to whom such murders were nothing had to blow up the figure to millions. Did the doctor perform a number of experiments on living men and women? A few sterilized women and a few castrated men and their horrified tears and grief are not enough to stir the sick and jaded tastes of modern man: make him guilty of performing 17,000 such operations. The evils were all too real: even greater is the evil of bearing false witness concerning them, because that false witness will produce an even more vicious reality in the next upheaval. Men are now ‘reconciled’ to a world where millions are murdered, or are said to be murdered. What will be required in the way of action and propaganda next time?…”

One of the reasons we should be celebrating the downfall of Doug Phillips and the pending demise of Vision Forum is the fact that, maybe, Doug Phillips, who has been the most active in promoting Rushdoony to their thousands of cult followers, has fallen.  With luck, it will lessen Rushdoony’s influence on the far right.  Currently, we have thousands of homeschooling families using Vision Forum materials on their children.

We are dealing with the theocratic perversions of Rushdoony on an almost daily basis in this country.