The Silly Season Is In Full Swing: Adelson vs. Koch 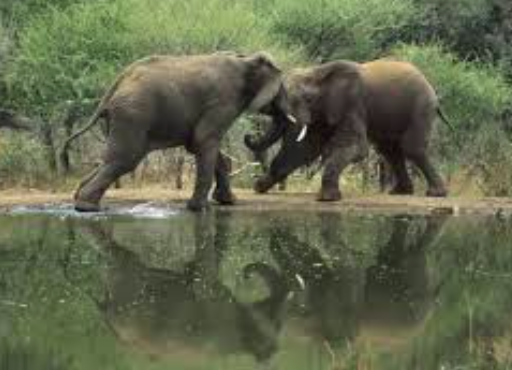 Well, boys and girls, the Silly Season is well upon us. Get out your score card, a dry erase marker, popcorn, Pepto,  and lock up your checkbook, credit cards, and cash.  This one is going to be a doozy.  First up is a potential split of far right extremes of the GOP.  This alone is a very good thing.  There is one bottom line we need to watch, and understand, no matter what you see or hear. It all revolves around Mitt Romney and Rand Paul, with Marco Rubio standing there, waiting to slit anyone’s throat, just to get ahead.

The interesting thing is they are both supported by the same bunch of individuals.  The one thing we know for sure, maybe the Kochs, according to interesting sources may  not have as much cash to spend this coming election cycle as we think they do.  We do know that Sheldon Adelson does.  This alone is cause for some joy in Mudville.  The Rand Paul, tea party, white supremacist, Stormfront, Vdare, when he helped bankroll New Gingrich’s failed campaign.  It’s all rather fascinating and you need that scorecard.  Aldelson is tight with John McCain.  Just this week he he was a co-chair for a big fundraiser for Lindsey.  Right after that, he and his wife met with Marco Rubio and his wife.  Adelson  is a big supporter of Bibi Netanyahu to the point where he would, in a minute, basically betray the US to support Israel.  Contrary to several rumors, Adelson is NOT planning to bankroll Rand Paul.  During the past few months Adelson has been courted by Chris Christie, Scott Walker, and John Kasich. He is tight with Mike Huckabee.  Like the Grand Mott Tarkin and Darth Vadar, Adelson now controls Karl Rove.  One well placed political source, on Saturday, referred to Adelson as the new Chairman of the GOP.  He is also basically the Koch Brothers of Israel.

The only way, according to the Jewish World News, if any candidate or office holder wants a piece of Adelson’as (who is one of the wealthiest individuals on the planet) vast wealth, they must be willing to support Israel, vocally.   According to the Jewish World News, Adelson may be donating to Lindsey’s potential campaign, but he will never support him for a POTUS run.  He’s up to something.  We all know that end target is Mitt Romney.

A little aside, Adelson’s fair haired boy, Bibi Netanyahu was booed during his AIPAC speech, something not shown on American cable networks.  According to the former Mossad chief, Bibi lied during his speech to Congress.  Adelson is paying big bucks to stop internet gambling.  Once again, it is rather interesting that the libertarian tea partiers don’t mind internet gambling.  (Sorry, but I don’t like it).  Of course Adelson is.  He’s a big time Vegas gaming mogel, who wants the GOP to party in Vegas this time around.  Instead, they are going to Cleveland?

In fact, Adelson appears to be willing to help fund an end to Rand Paul’s campaign, which is, laudable.  Someone needs to put a stop to Rand Paul, and throw a cold blanket over his father, Ron Paul.  Both men are pawns for the worst of the worst, including the John Birch Society, the Brother’s Koch, and their tea party libertarian darlings.  What is even more fun is where does Ted Cruz fit into all of this?

Here’s where it gets fun.  Rand Paul’s supporters are staunch anti-immigration.  Ann Coulter is not a Rand Paul supporter but she is against immigration, and will take her stand with the haters, no matter who they are. The same holds true of Michelle Malkin, Sean Hannity, Rush Limbaugh, Laura Ingraham, and all the little Koch Whores.  This is where it gets to be a little bit fun.  There is a certain element of anti-Semitism within the Ron & Rand Paul fringes who are tight with John Tanton and his ilk.  It’s all just way too much fun.  What is even more fun is watching Rubio, that little bucket of slime, play both sides against the middle

Susana Martinez will sell her soul and the state of New Mexico to be VP.  This time, she may not even be a bridesmaid.  If what I think is going on with Adelson, Rubio is a front to take out Jeb in Florida.  You, see, boys and girls, Jeb Bush has been a very bad boy, and has not sold out to either the Kochs or Adelson.  Rubio will be used in Florida, to stop Jeb.  Then, because Rubio can’t possibly get the nomination, Mittens will ride in on a white horse (always white, no women or minorities need apply, except in binders) and save the day.  He gets the nomination, Adelson is happy, and Rubio gets the booby prize of the VP slot. One word of warming, behind that baby face, Rubio would stab anyone in the back.  Just ask Charlie Crist, and Jim Greer.  There are sources which suggest Rubio is playing Adelson against the Koch Machine to squeeze as much money out of them as possible.   Supposedly the Kochs are not backing Mittens this time.  They appear to be sticking with Scott Walker, so far.

Please, join me for the Silly Season.  By this time, next year, it will basically be over – we hope.  About that time, if what I’m seeing in numbers will hold – and it won’t, Mittens, the perennial loser will ride in and capture the nomination in a brokered convention.

Right now, though, we’re dealing with the best of both worlds.  The racist, white supremacist, anti-immigration bunch are pissed with the Gothard group.  With luck, they will make such a mess of things that normal Republicans can take over, once again.  Right now, those of us who were Republicans and have been forced out have no place to go.  We’re not really welcome by the extreme liberals of the Democrats.  We can’t stomach the Libertarians. The best we can hope for is that the extremes of both parties make such problems reason and rational individuals might prevail.  What we need is a new party, made up of normal people, like you and moi.