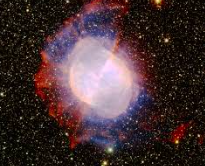 “…We National Socialists are enemies, deadly enemies, of the present capitalist system with its exploitation of the economically weak … and we are resolved under all circumstances to destroy this system…”  Gregor Strasser

Did you know that Hitler was a socialist, a very big government socialist who believed in socialized medicine, a big military, government surveillance, and the silencing of political enemies?  They believed in high taxes, government handouts, and plentiful sex.  He considered himself a socialist.

World War II was the deadliest conflict in history.  Three percent of the world’s population (2.3 billion in 1940) lost their lives.  Total civilian deaths due to disease, famine, and battle range up to 55 million. Military dead ranged from 21 – 25 million.   Nearly 27 million people who lived in the Soviet Union were among the dead. The Holocaust is a term for the genocide of 6 million European Jews. One estimate suggests that 78% of the Jews in Germany were victims.

In order to control the masses, and keep people in line, young men were turned into protesters and rioters, who harassed and worse, to anyone who refused to believe what they did.

“…Hitler’s appointment as chancellor, followed by the suppression of all political parties except the Nazis, did not end brownshirt violence. With no Communist party meetings to disrupt, the stormtroopers became aimless and would sometimes riot through the streets after a night of drinking. They would attack citizens on the streets, and then attack the police who were called to stop them. Complaints of “overbearing and loutish” behavior by stormtroopers became commonplace. The Foreign Office even complained of instances where brownshirts manhandled foreign diplomats. The stormtroopers’ behavior disturbed the German middle classes and other conservative elements in society, especially the Reichswehr, (the German Army)…”

Nazism was a form of socialism.  The ironic truth is that what they believed was closer to Bernie Sanders, Elizabeth Warren, Barack Obama, Hillary Clinton, and George Soros than anyone in the GOP.   Oh, and just a little FYI, Hitler was never elected to anything.  He was appointed.

Like Democrats, tobacco products was nearly outlawed, with smoking being banned.  Healthy living and eating was promoted, extensively.  Screening for breast cancer was widely available.

“…Women were expected to be strong, healthy, and vital. The sturdy peasant woman who worked the land and bore strong children was considered ideal, and athletic women were praised for being tanned from working outdoors. Organizations were created for the indoctrination of Nazi values. From 25 March 1939, membership in the Hitler Youth became compulsory for all children over the age of ten. The Jungmädelbund (Young Girls League) section of the Hitler Youth was for girls age 10 to 14, and the Bund Deutscher Mädel (BDM; League of German Girls) was for young women age 14 to 18. The BDM’s activities focused on physical education, with activities such as running, long jumping, somersaulting, tightrope walking, marching, and swimming.

The Nazi regime promoted a liberal code of conduct regarding sexual matters, and was sympathetic to women who bore children out of wedlock. Promiscuity increased as the war progressed, with unmarried soldiers often intimately involved with several women simultaneously. The same was the case for married women, who liaised with soldiers, civilians, or slave labourers. Sex was sometimes used as a commodity to obtain, for example, better work from a foreign labourer. Pamphlets enjoined German women to avoid sexual relations with foreign workers as a danger to their blood…”

Education was radicalized.  Books which were not acceptable to the regime were banned.  Children were brainwashed, not allowed to learn critical thinking.  They were told what to think, and what to feel.  They were taught specific subjects. They were regimented, and taught how to behave. They were taught which genetic groups were acceptable and which were not. Churches were to be radicalized to match Nazism, including banning the Old Testament.  As various supporters of Hillary Clinton tried to do, the Catholic Church was to be changed into something modern, more appropriate for the modern Nazi world.

“…Persecution of the Catholic Church in Germany followed the Nazi takeover. Hitler moved quickly to eliminate political Catholicism, rounding up functionaries of the Catholic-aligned Bavarian People’s Party and Catholic Centre Party, which, along with all other non-Nazi political parties, ceased to exist by July. The Reichskonkordat (Reich Concordat) treaty with the Vatican was signed in 1933, amid continuing harassment of the church in Germany. The treaty required the regime to honour the independence of Catholic institutions and prohibited clergy from involvement in politics. Hitler routinely disregarded the Concordat, closing all Catholic institutions whose functions were not strictly religious. Clergy, nuns, and lay leaders were targeted, with thousands of arrests over the ensuing years, often on trumped-up charges of currency smuggling or immorality. Several high-profile Catholic lay leaders were targeted in the 1934 Night of the Long Knives assassinations. Most Catholic youth groups refused to dissolve themselves and Hitler Youth leader Baldur von Schirach encouraged members to attack Catholic boys in the streets. Propaganda campaigns claimed the church was corrupt, restrictions were placed on public meetings, and Catholic publications faced censorship. Catholic schools were required to reduce religious instruction and crucifixes were removed from state buildings…”

People were required to believe what the state demanded they believe.  Any difference of opinion was not tolerated.  Diverse ideas were demonized.  Entire segments of the population who did not do and think as was required were harassed and ridiculed.  If they continued they ended up dead.  The bitter irony is that the Nazis were socialists, liberal, and loyal to the state.  Independent thinking was not allowed.  They destroyed the election process in both Germany and Austria to create Hitler’s monster.  Funny thing there.  Today’s progressive, the rioters, those who are accusing Trump of being another Hitler are the very ones who are propagating the same tactics.

I love irony.  I do not, though love historical ignorance.  To constantly accuse Donald Trump of being another Hitler is disgusting.  It is false.  The narrative was created to silence his voters, to demonize anyone who agrees with him, and to destroy his mandate.  People who adopt this mendacity should be ashamed of them.  I don’t know about you, but from now on, I call them out, and tell them what I think.

It is about harassment, intimidation, and control.

One thought on “The Trump as Hitler Insult”