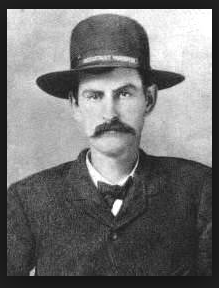 I don’t mind admitting I enjoy all the fun crypto thing on cable.  I’ll also admit that, although I’m a healthy skeptic about most things, especially the paranormal, UFOs (I want to believe), and 99% of all conspiracy theories, I enjoy crypto.  I also think it should be approached with cold, hard, Vulcan logic.  That’s one reason I like Loren Coleman’s work.  He goes at it, not as a true believer, but as a healthy skeptic with a background in psychology.

There’s a reason I’m delving into some of what is utter nonsense and television showmanship is because of something I heard on a rerun of one of the ‘monster’ shows.  The discussion was about the Van Meter Visitor.  What ever it was appeared around 1903, literally terrorizing the town.

This is not a discussion about cryptology, but rather a commentary about the perception of people who lived in an era different than ours.  Now, I don’t know about you, but I consider 1903 to be modern.  The little town in Iowa, supposedly, at the time, did not have streetlights.  This is germane, because one of the so-called ‘historians’ discussed the fact that a bright light disturbed the local doctor, who was sleeping in his second floor office, at the time. He grabbed a gun and went to look for the source of the disturbance.

So, the reason, according to the ‘historian’ that the physician grabbed his gun is because he was frightened.  He was frightened because the town did not have streetlights – and such a thing must have terrified him.  Never mind that it was 1903 and the physician, in order, at that time, went to medical school – in a city where there were street lights.  Today, we would probably be cowering in a safe room.  This guy, showing the spirit of the age, went out after it.

Never mind that he wasn’t cowering.  Never mind the fact that by there was a wealth of what we now consider classic science fiction including Frankenstein, The Mummy, Dracula, the works of Poe, Vern, Wells, and my personal favorite Arthur Conan Doyle.  It was a world where Sherlock Holmes walked the streets of London, men traveled to the moon and back, they used time machines, fought the Martians and so forth and so on.  Any educated person of the era was quite familiar with the genera.

I can’t imagine someone saying that a physician, in 1903, would be terrified of a light, because there were no streetlights.  If he’d been reading the War of the Worlds, heck I’d be terrified.  I’d be terrified today.  But, the mindset that we have today ruled even then.

People were quite familiar with the mysterious.  My very favorite tale of mystery is that of Dave Mather, better known as Mysterious Dave Mather.  He just up and disappeared.  Wyatt always said he’d heard that Mysterious Dave had moved to Canada and was a custom’s agent. Considering my respect and regard for Wyatt Earp, we must take his word for the fate of Mysterious Dave, who was a lawman in Dodge City, along with Wyatt and Bat Masterson.

According to one of the Dodge City newspapers, a copy of which is framed, in the Boot Hill Museum, Mysterious Dave met his end (?) when he was abducted by a UFO he was chasing back in 1896.  I love the tale.  According to the papers, Mysterious Dave was leading a posse chasing the UFO, when it landed.  With the bravado of his ilk, he decided to take it on.  He was beamed up, evidently.

It’s a great story and corresponds with tall tales of a UFO flap during that time frame, in that part of the country.  Supposedly, they were outside of Tucson. I’ve seen versions where it was in Texas. The bottom line here was something silver, elongated, and silent, was terrorizing the countryside, upsetting both cattle, cattlemen, and their horses.  There is one very specific vehicle that corresponds to the description, and that is a dirigible.  And – there are stories of just that – in the area.

Now, getting to Bigfoot, and we must go there. There are stories that Daniel Boone killed a one in Perry County, KY.  In 1892, Teddy Roosevelt even wrote about his terrifying encounter with one.  There are, allegedly, sightings that go all the way back to 1818.

Also allegedly, there are UFO sightings that go back to 60AD.  The mystery airship flap of the later part of the 19th Century is just wonderful. It was the stuff science fiction is made of, and always will be.  Americans were familiar with hot air balloons, as far back as the early 1800s.  The first aerial surveillance during wartime occurred during the Civil War, with no one less than George Armstrong Custer using them to spy on the Confederate Army!

The bottom line is that, by 1903, Americans were well acquainted with science fiction, the fantastical, air ships, electric lights, street lights, science, and tales of mysterious aircraft. If we delved a little deeper, we may find that the average physician in 1903 was far more interested in all aspects of science than his 2014 counterpart.

As a historian, with an interest in the American West, it just annoys me, when so-called ‘historical’ experts don’t comprehend that the we were dealing with modern people, who were up on the latest technology, very well read, and very interested in the world around them.