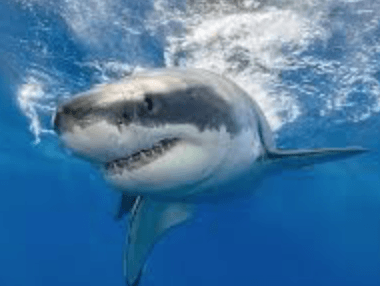 Henry Aaron was the last Major League player to be part of the Negro Leagues.

One of the great benefits of having grown up about a hundred miles from Atlanta, then living there for a time, was the fact that I was fortunate enough to see Henry Aaron hit so many home runs, I don’t even know how many I’ve seen.  Somewhere, I still have all the ticket stubs. I need to find them, then compare them to the record.  He is still baseball’s true home run king  and, in my opinion, he always will be.  I read a comment somewhere that, as far as baseball fans are concerned, Hank Aaron is Mother Theresa and Barry Bonds is Charles Manson.  Yep, I agree.

“…Aaron hit .362 against Koufax and slugged .579 against Drysdale; he hit more home runs against Bob Gibson than any other right-handed hitter and so thoroughly owned the brilliant young lefty Don Gullett (.462/.586/1.346 in 36 plate appearances) that it felt like there was no escape….”

In the 4th inning, Dodger pitcher Al Downing, a confessed fan of Hammerin’ Hank, was the victim, when Hank Aaron slammed the ball a good 385 feet to left center field.  Downing later said he had tossed a sinker that obviously didn’t sink.

“…No other night in the history of baseball is more deeply embedded in American cultural history than April 8, 1974. The nights that Fisk waved it fair, Buckner missed the grounder, Gibson took Eckersley deep and Ripken broke Gehrig’s record are forever iconic, too. But 1974 was just 10 years after passage of the Civil Rights Act and baseball still was the undisputed national pastime that commanded the attention of America. More than half the televisions in the country were tuned to the previous World Series, contested between the Oakland Athletics and the New York Mets, even though four of the seven games were day games. No sport was bigger than baseball, and no name was bigger than Ruth’s. So big was the potential of a new home run record that NBC, which had the rights to Monday Night Baseball in the summer, scrapped its regular Monday night spring programming and broadcast the game against top 10 CBS shows Maude and Rhoda. The game delivered a strong 22.3 rating and 36 share. (No World Series game has seen that kind of a share since 1997 Game 7.)…”

Barry Bonds made an obscene mockery of Aaron’s authentic record by tainting his with alleged use of performance enhancing pharmaceuticals. He may have passed Aaron’s achievement, but his record is forever tainted.  Unlike Henry Aaron, who is finally being recognized as not only one of the greatest who ever played this great game, but perhaps the greatest, Barry Bonds may never darken the hallowed halls of the Hall of Fame in Cooperstown.  He doesn’t deserve to be in the same building with men like Hank Aaron, Willie Mays, Johnny Bench, and my personal hero, Ted Williams.  They did not cheat to achieve their greatness.  They did it the old fashioned way, with blood, sweat, and tears.

Bud Selig, who is not my favorite commissioner, has been a close, personal friend of Hank Aaron for many years.  That much is in his favor.  He wrote a wonderful op-ed about his friend.

“...As the last major league player who was a part of the Negro leagues, he was one of the game’s most prominent bridges to integration. For 23 years on the field, this humble native of Mobile, Ala., represented the game with unfailing grace, overcoming obstacles that most of us could not even imagine. In the years since then, Hank has remained one of the most distinguished and revered figures in American public life.

Forty years after a 40-year-old authored one of the most memorable moments in sports history have never changed him. The Hank Aaron I got to know in the 1960s — before the dawn of my career in baseball — is the same man today. I treasure his loyalty and unwavering support. He lives with the kind of consistency that led him to set the home run record, despite never assembling a 50-homer year. His life is a testament to modesty, dignity and service, particularly to children chasing their dreams.

When I think back to the Braves leaving Milwaukee for Atlanta after the 1965 season, I remember the pain of the void in our everyday routines. The day-to-day rhythms of our baseball team were abruptly gone. In 1970, our Brewers ballclub restored the communal joys of Major League Baseball, and when we brought Hank back to Milwaukee to play for our club in 1975, our city felt more complete. For two baseball seasons, we thanked Hank Aaron for all that he had done for us in Milwaukee.

Hank’s example of consistency, selflessness and dignity shines as brightly as ever. I will never have enough opportunities to thank Hank Aaron for all that he has done for our national pastime….”

Bonds may have the record, but Aaron had and still has the hearts and minds of America.  He is what true greatness is all about – quiet, unassuming, self-deprecating, gentlemanly, and honorable.  Joe Posnanski wrote that Aarons’ legacy is not that he was the home run king, but that he had a near perfect baseball career.

The records are amazing:

Henry Aaron achieved his record while he dealt with hatred, racism, threats of violence and death.  He handled the treats with dignity.  Maybe that’s the best way to describe the man = dignity.

I remember this moment.  I was watching it on television in my parents library. I think I screamed so hard, that I hurt my throat.