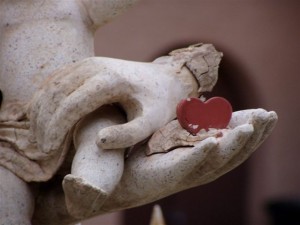 Have you noticed that very few women rebel against the edicts of hard-line Islam?

When they do, have you noticed that very few men bother coming to their aid, even in the western world?

This is happening, even in the Western world.

We are constantly inundated with scenes from the Islamic world, and from certain segments of the Arab world where women have no rights.  Today we are told that the demands that women be “covered” and have no rights are religious.  While they might now be religious, they were once cultural.

The Islamic tendency toward the persecution of and limitation of women’s rights did not stem from religion.  Instead, it had its beginnings in the treatment of women in ancient Greece.  With the exception of Sparta, women in ancient Greece were not allowed to be educated, go out in public, or leave the home.  The only exceptions  were prostitutes or hetaera.  Hetaera were the upper class of prostitutes, the educated women of Greece.

In the ancient Greek culture, women were basically worthless unless they could provide an heir.  That was their primary role in life.  That- and being servants, cooking, cleaning, and keeping a home where the man would drop by, do a little business, beget an heir, and then either spend his time with his hetaera or his pretty boy.

Today, because of historical and cultural ignorance, we look upon a woman being “covered” as religious, for modesty and for protection against me.  The Judeo-Christian religion has the same history in that women were required to wear headscarves and dress modestly.  There is a cultural reason for this that basically has little to do with religion, modesty, or the “protection” of women.

During ancient, Biblical times the world was a good 4-5 degrees warmer than it is now.   You want a simple answer why people in the Roman world wore sandals, well, it was HOT!  It was windy.  It was dusty.

Women went around with their heads covered for ONE single reason.  Ever been to the Southwest?  Ever been through a day where sand is blowing everywhere? Get the picture?  Both women and men wore head coverings because it protected the hair from dust.  They wore head coverings for the same reason we wear hats today – protection from the sun.

Both men and women wore very covering robes to protect themselves from the sun.

There was very little melanoma until modern man and woman began worshiping the sun during the past century.  People protected themselves from the sun.

Like many of the rules of behavior set out for the Hebrews, “modest” dress, covering the body, offered protection against the elements and melanoma.

It is that simple.

As the world changed and we move into the post-Roman monastic years, the Dark Ages, then the medieval period, there is this current vision of Catholic nuns as being veiled, well covered.

Once again, historical and cultural ignorance rears its ugly head.

During those years, the women who entered and took  Holy Orders, were usually very wealthy, upper class women.  They were the women who did not marry and their families needed to dump them, somewhere, and wealthy widows.  When they “withdrew” from the world, they took with them the current fashions.

During the height of the Dark Ages and medieval Europe the world was quite chilly.  The heat of the Biblical age had dropped the temperature a good 6 degrees.  There are even indications that the post-Roman – Arthurian Era in England was accompanied by a major period of global cooling brought on by either a large meteor, asteroid, or comet collision.

Those Dark Ages were the times in which Islam was born.  It was COLD!  Women adopted even more “modest” coverings in order to stay WARM.  It had nothing to do with religion, tradition, or even the role of women and everything to do with staying warm.

It is now the perfect storm.

One of the real problems with hard-line Islam is the fact that the current crop of imams are basically keeping the people within their sphere of influence abjectly ignorant.  Indeed, the religious leaders themselves are hideously ignorant when it comes to history and culture.  The Pink Flamingo thinks the same thing is happening here with the Average American.  They are woefully ignorant when it comes to cultural history and history in general.

This ignorance sets the stage for cultural disaster -which we are seeing throughout the Islamic world.

So, today women in the Arab and hard-line Islamic world are being subjected to the same treatment women were in ancient Greece.  In many ways that is where their culture stopped growing.  Lacking the historical and cultural resources to even begin to comprehend that they are woefully ignorant, women are increasingly oppressed in this world.

The politically correct culture of the so-called modern world panders to these people, thinking they are being quite sympathetic and understanding when they allow a bunch of bullies to assault, rape, and harass women the world over.

Where are the men defending these women, even in the Western world?

What has happened to the men of our society?  No longer do they feel it necessary to defend a woman.  Why?

You see women in the UK threatened if they do not wear those outlandish Islamic coverings, women who are not Islamic.  NOT one man will bother to defend them.  You see women in Saudi Arabia struggle for rights.  Their men don’t have the courage to stand with them.

Pam Geller is featuring a piece about a young Coptic girl in Egypt who was allegedly raped by a group of young Islamic men to force her conversion to Islam.  While the story sounds more like one of them wanted to force her into marriage, that’s not the point.  Evidently her family is standing up to them, and taking care of her.  You don’t see this very often.

In hard-line Islam, a woman is always guilty and the man is innocent.  I have a relative who met her death that way, several hundred years ago in Colonial Massachusetts. Her sister was my patron ancestress, Hannah Dustin.  The poor woman had the audacity to deliver a set of twins, 7 months, on a Sunday.  She said they were still-born.  Her big mistake was burying them while two old biddies watched through the window of the church during, gasp, Puritan church services.  She became the only woman ever hung in Boston Commons.

The poor married man she vilely and wantonly seduced was an ancestor of legendary actor, Alan Ladd.  He was given the full sympathetic support of the community.  He was led astray by that horrid woman, who was hung for her crimes.

Where are the men to stand behind them and stand up for them?

It looks like they are turning tail and running away, cowering in a dark alley with the rats, lice, and other vermin who aren’t fit to be seen in the light of day.  It looks to me like men should have a little backbone and stand up for the women in their lives.

I know, it’s a modern world and we women are told we must stand up for ourselves.  I suspect that is why so many women simply give in to irrational cultural demands.  They have no hope of anyone coming to assist, them, including other women, who are either cowed or are too politically correct to do any good.

Once upon a time, my Grandmother Reidhead, her mother, and her sisters marched for women’s rights and the right to vote there in Minneapolis.  They had to courage to stand up for what they believe.  It is a shame their battle is being betrayed by women who would rather appear to be culturally sensitive than do the right thing.

What’s a woman to do?

There’s more too it.  Today’s woman doesn’t need a knight in shining army to ride in and rescue her.  What today’s woman needs, though, are men who willing to have just a little bit of courage and stand by them, as intellectual, social, and cultural equals.

The men of the extreme Islamic world have no respect or regard for women.  The only way to counter this is for our Western men to have the courage to stand up for women as worthy of being defended.  It takes a little courage.

Do they have any?